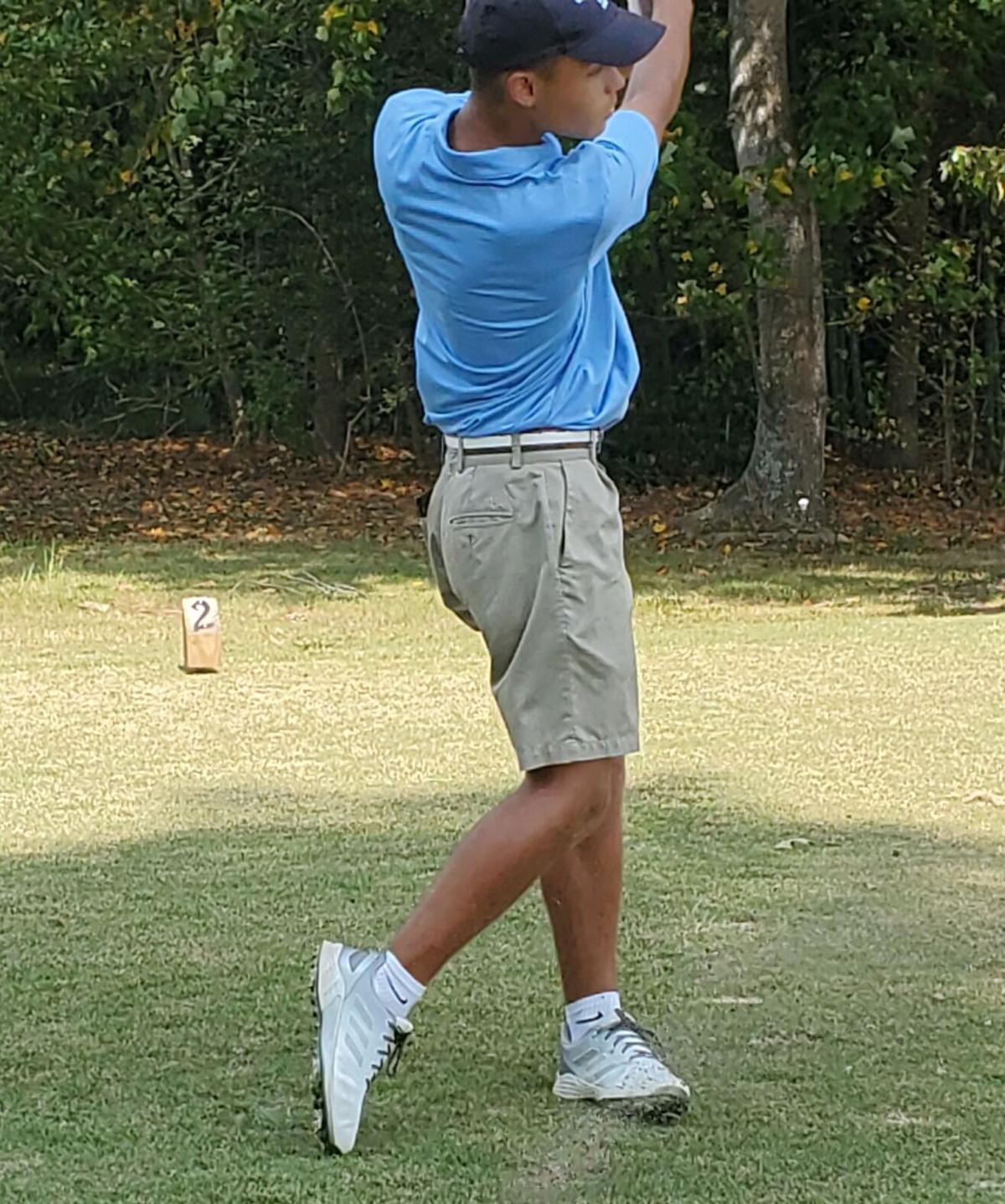 Halifax County High School Comets golfer J.D. Cunningham admires his drive to the green at the Oak Hill Golf Course in their seventh match of the season Tuesday. 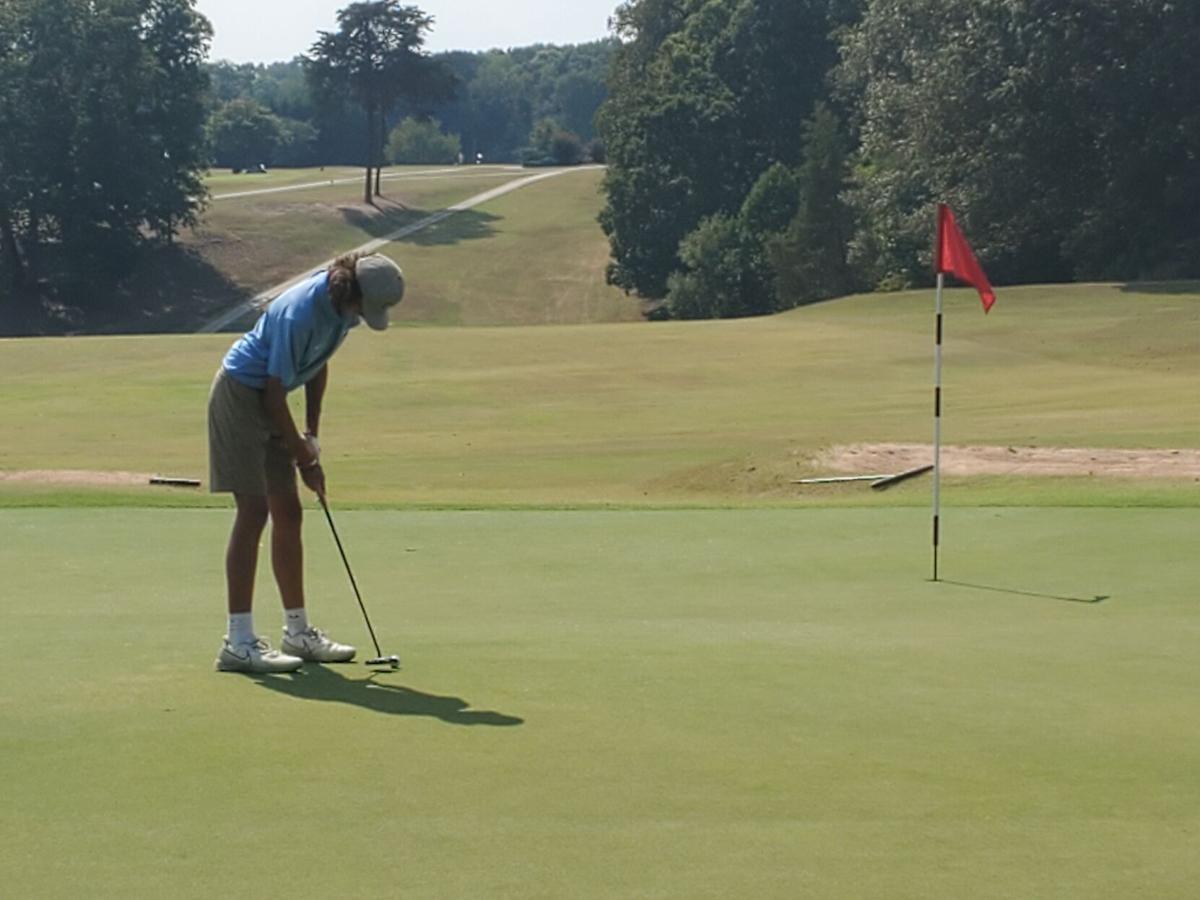 Halifax County High School clubber Will Long lines up his putt on the green before knocking it in in Halifax’s second place finish at their seventh match of the season at the Oak Hill Golf Course Tuesday.

Halifax shot a team score of 313 and came right behind Magna Vista High School, who shot a match low 311.

Patrick McCrickard for Magna Vista was named the medalist in the match and shot a 72.

Halifax’s Jack Morgan was right behind him shooting a 73, coming up short by one point of being named a medalist.

GW- Danville and Martinsville did not have enough golfers to register a team score for the match and have not had enough golfers for any match this season.

The Comet golfers competed in their eighth Piedmont District match of the season Thursday at the Green’s Folly Golf Course.