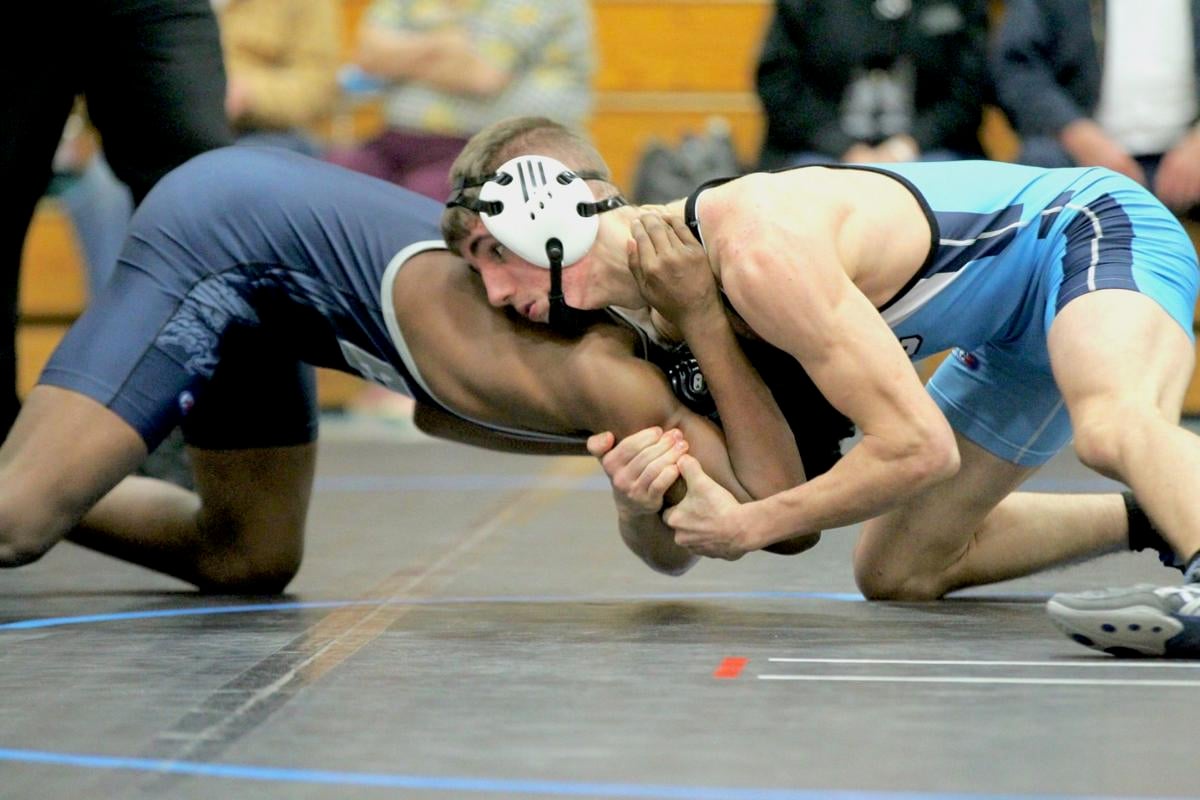 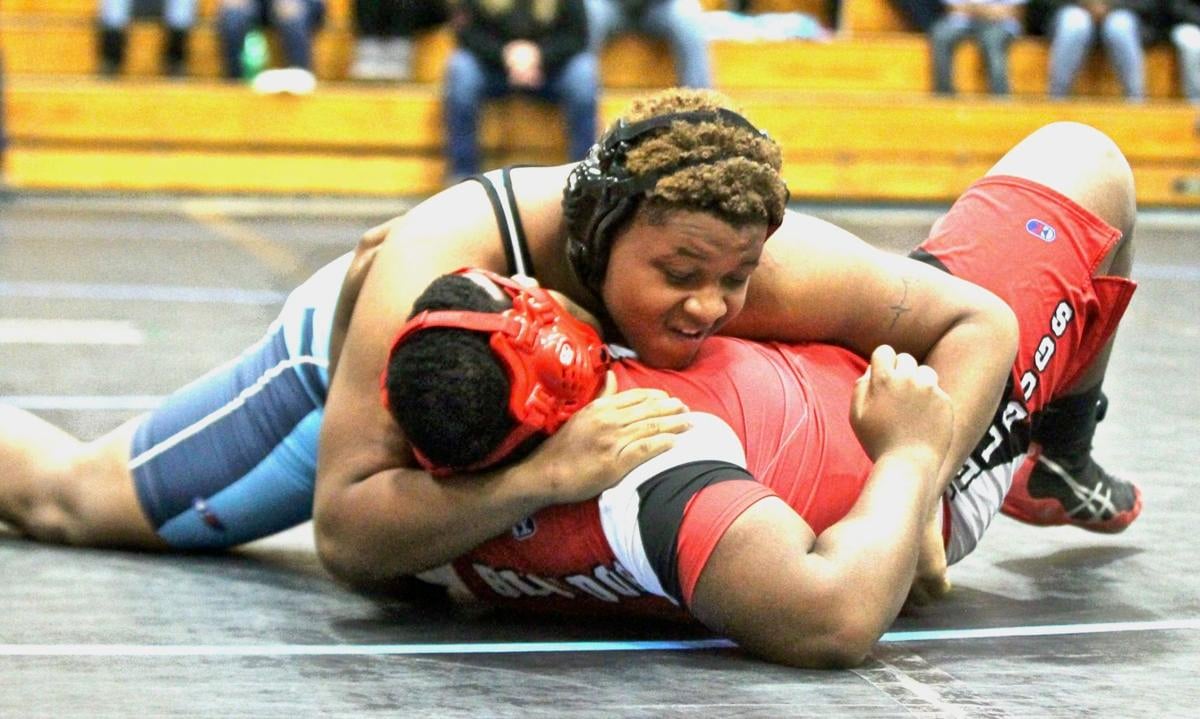 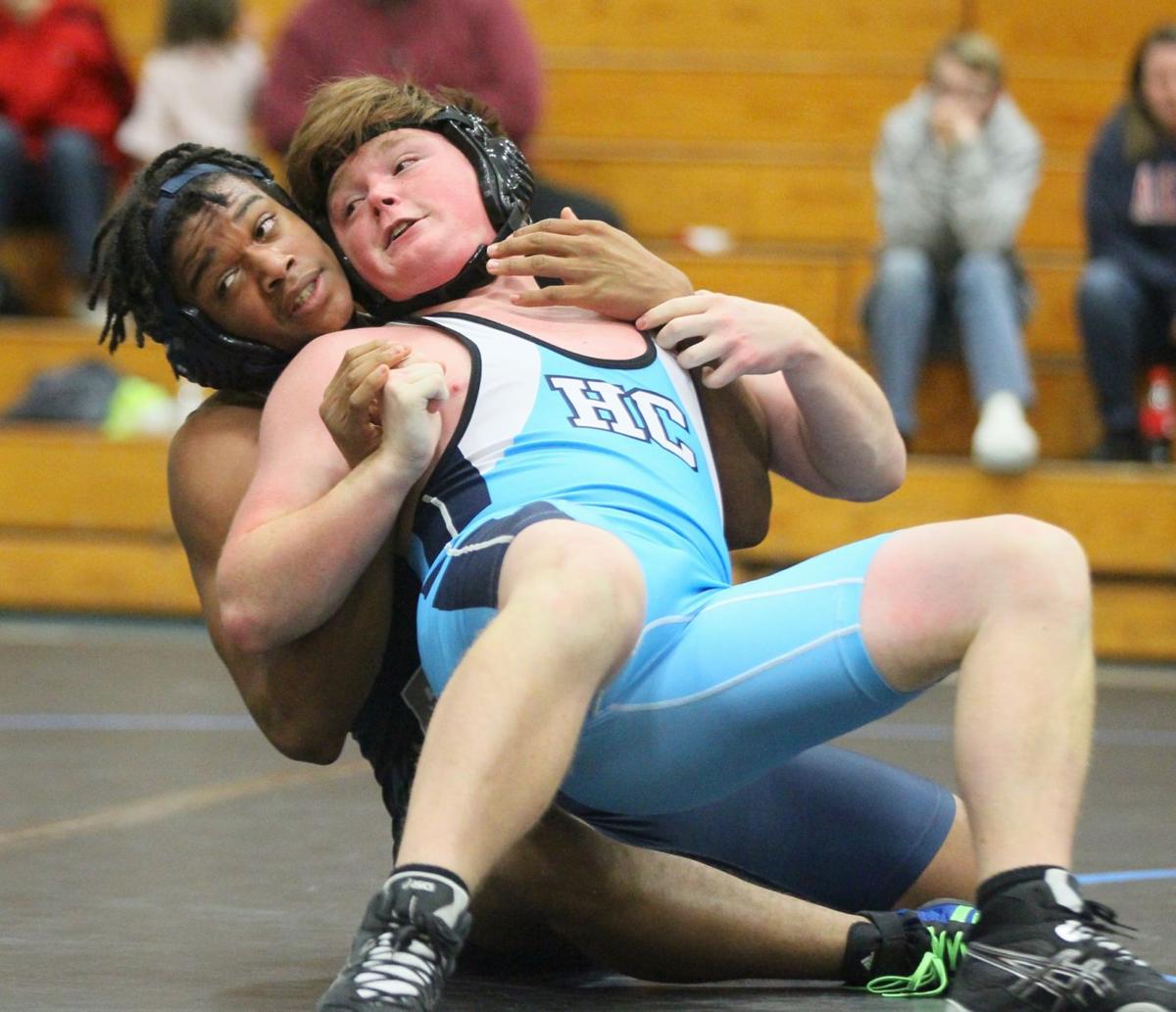 Competing in the third round of a series of Piedmont District quad events and hosting its only home competition of the season, the Comets opened the night by edging Martinsville High School 31-30 and followed with a 36-18 win over GW. The Comets fell to Tunstall High School 46-30 in the nightcap in a contest that went down to the outcome of the final match.

Considering that the Comets were not able to field more than seven wrestlers in any of the three matches, the night proved to be a big one for the team.

“To win two matches and come within a match of winning the last one as well, we are extremely pleased with the effort we saw,” said Comets head coach David Riddle.

“We’ve still got some things we need to work on. We’re still making some mistakes here and there, but we have some matches left before we get to the Piedmont District Tournament and the region tournament to work out some kinks and get ready.”

Halifax County High School wrestlers won six of the 10 contested matches they had for the night. The outcome of the majority of the night’s contests resulted from either single or double forfeits.

“Driggs is having a solid season,” Riddle pointed out, “and is continuing on with that. Zyon picked up a big win for us, and Jacob wrestled solid. It was a good effort across the board. We had some good team wrestling tonight.”

Riddle said the team had been on the cusp of picking up a win or two earlier in the season, but just couldn’t quite pull it off.

“We’ve come close quite a few times,” he pointed out, “but the forfeits have kind of caught us. We were able to maneuver around those this time and win. We have a small group, but we have a great group out there.”

“We talked this week about the success we had in the Rocket Invitational Tournament with three guys earning medals and another finishing with a .500 record for the tournament,” Riddle noted.