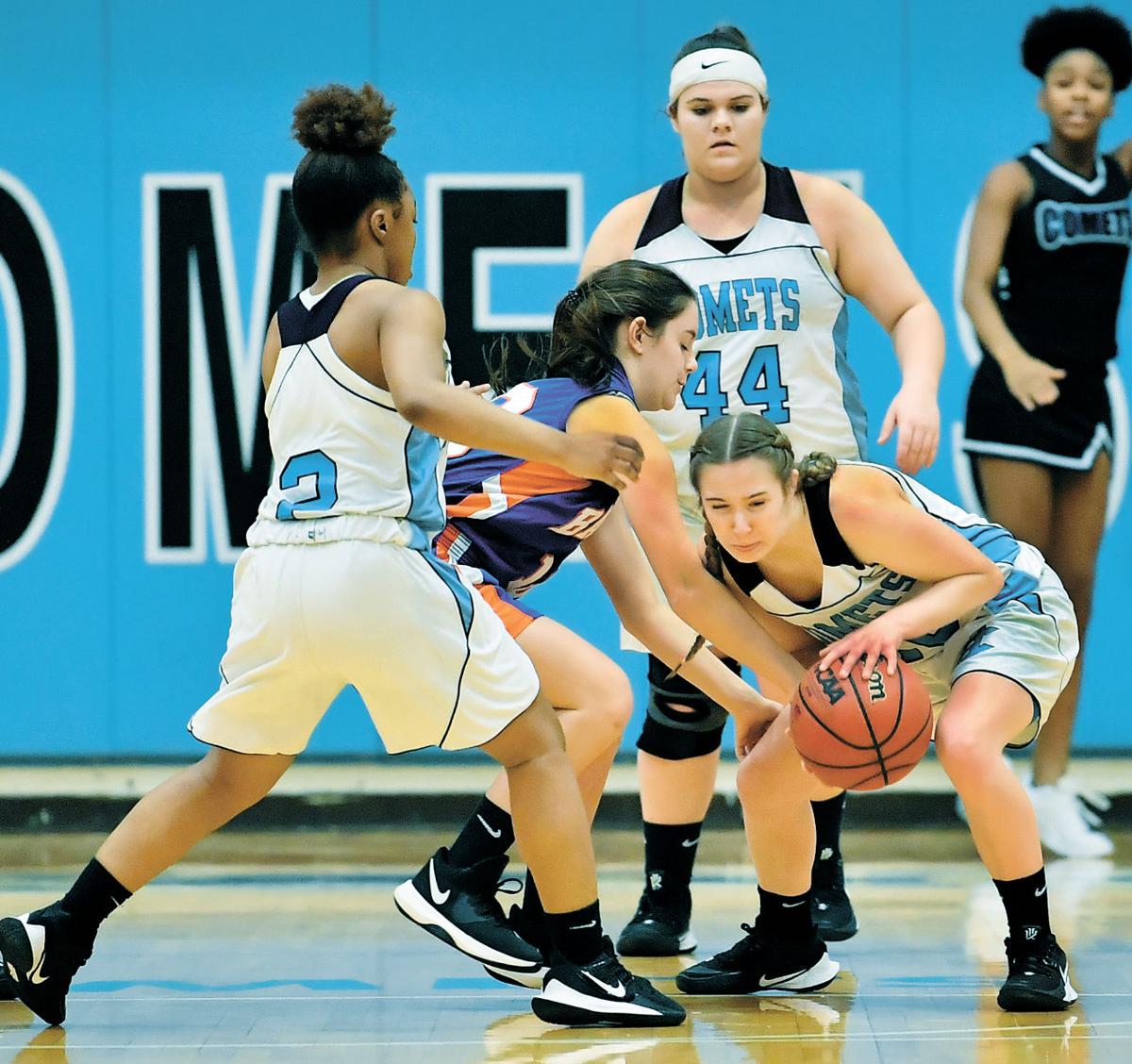 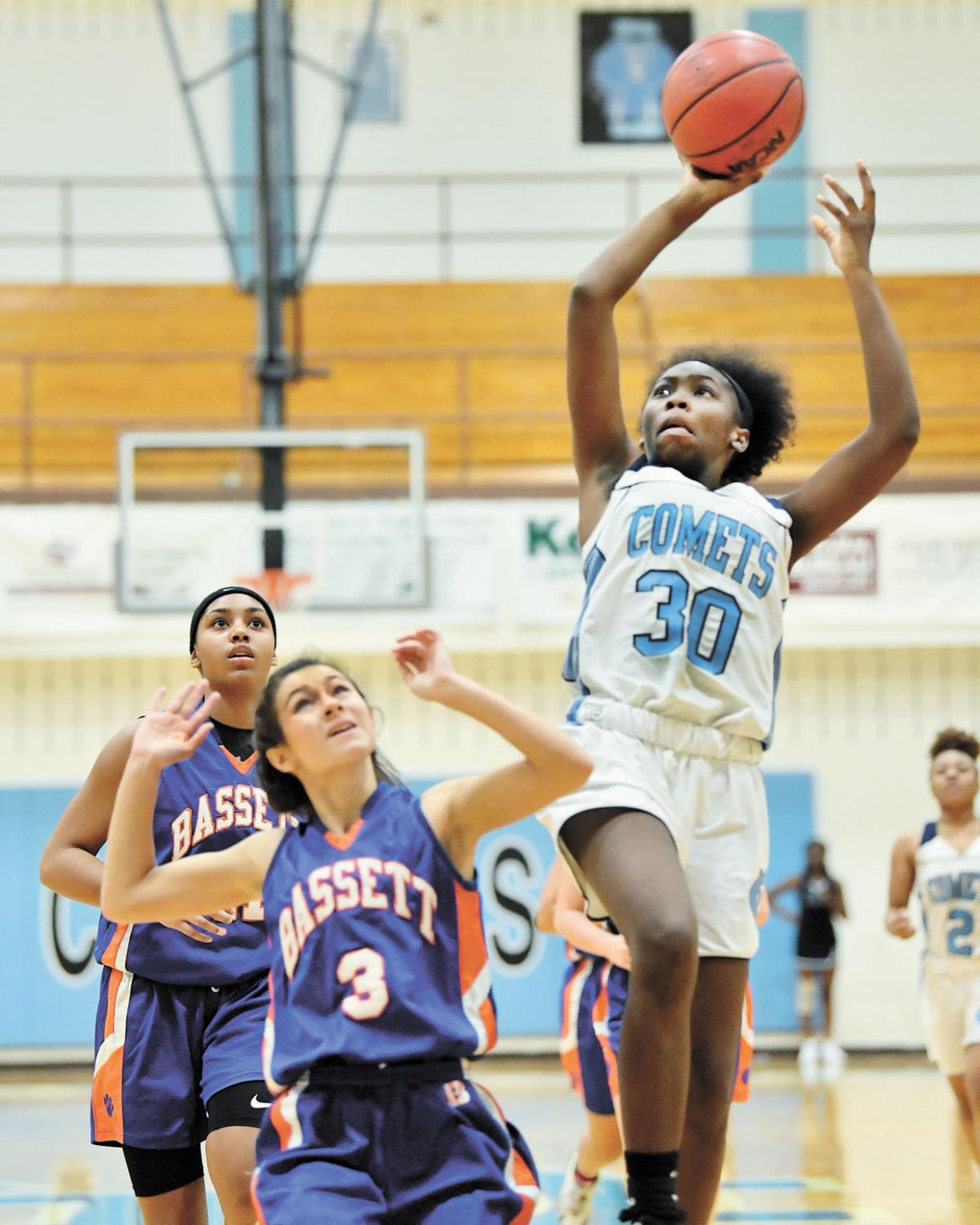 Halifax County improved to 3-1 against Piedmont District teams and 7-1 overall with the win.

Jadyn Harlow led Halifax County with 13 points, and Alyssa Glasscock added eight points, including her team’s only 3-pointer coming with little more than two minutes remaining in the game.

That 3-pointer, along with a free throw by Glasscock on the front end of a 1-1 opportunity with 18 seconds left, gave Halifax County a 39-35 lead.

That proved to be enough to withstand a late basket by game-high scorer Jala Mays of Bassett and a missed shot at the buzzer by Bassett after a miss at the free throw line by the Comets, who were only 4-18 at the charity stripe for the game.

Halifax County, with Harlow scoring six first-quarter points, led 18-8 going into the second quarter, where the lead ballooned to as high as 26-10 on a basket by Carrington, who scored all of her points in the second quarter.

Leading 28-14 at halftime, the Comets went cold from the floor in the third quarter, with Bassett cutting its deficit to 31-24 with a quarter remaining.

A basket from Harlow gave Halifax County a 33-24 lead early in the fourth quarter, but the Lady Bengals went on an 8-0 run to close to within 33-32 halfway through the quarter.

A basket by Sims gave the Comets a 35-32 lead before Glasscock’s 3-pointer, and the Comets hung on for the win, despite Mays’ late basket and a miss at the buzzer by the Bengals.