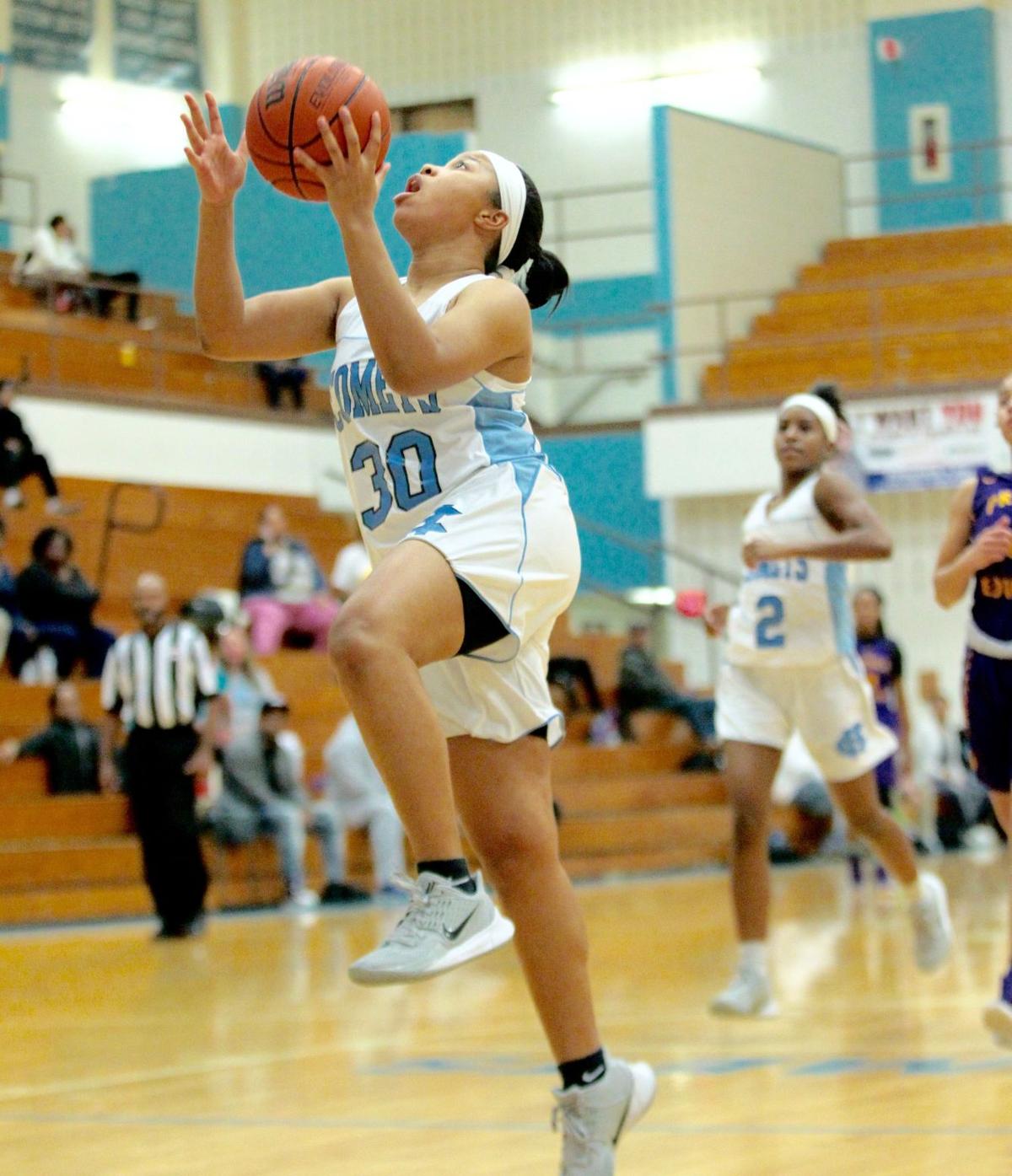 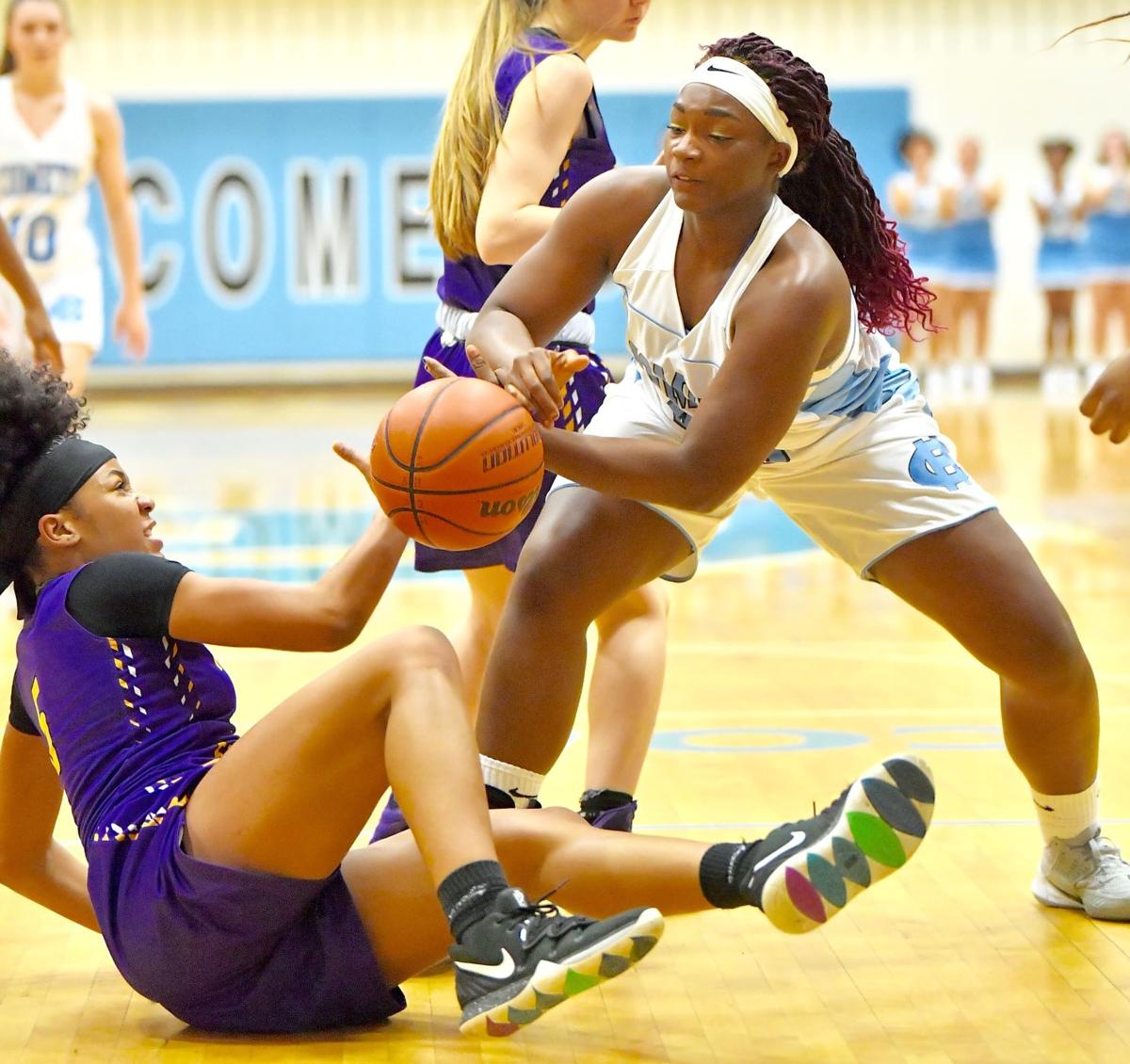 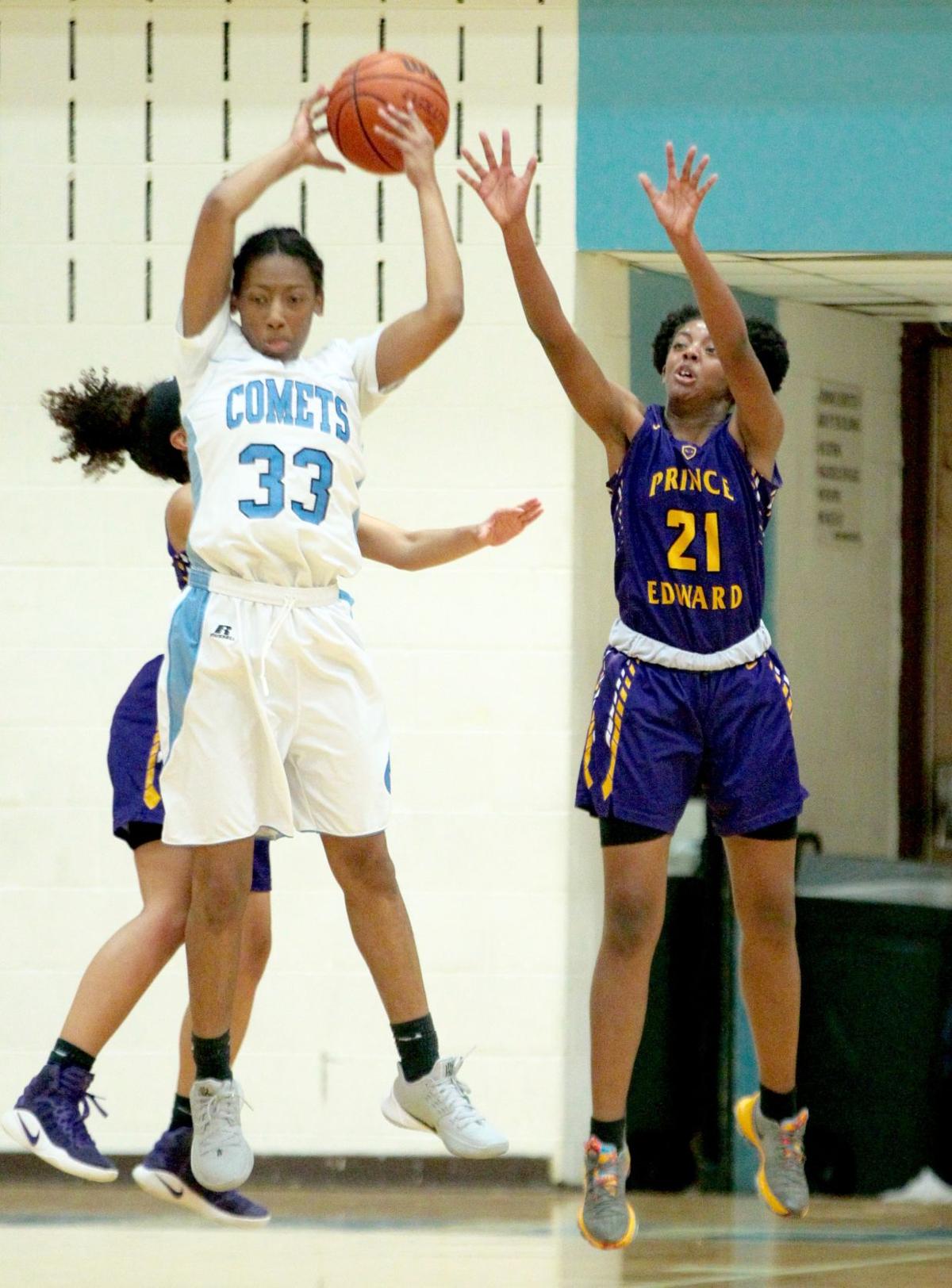 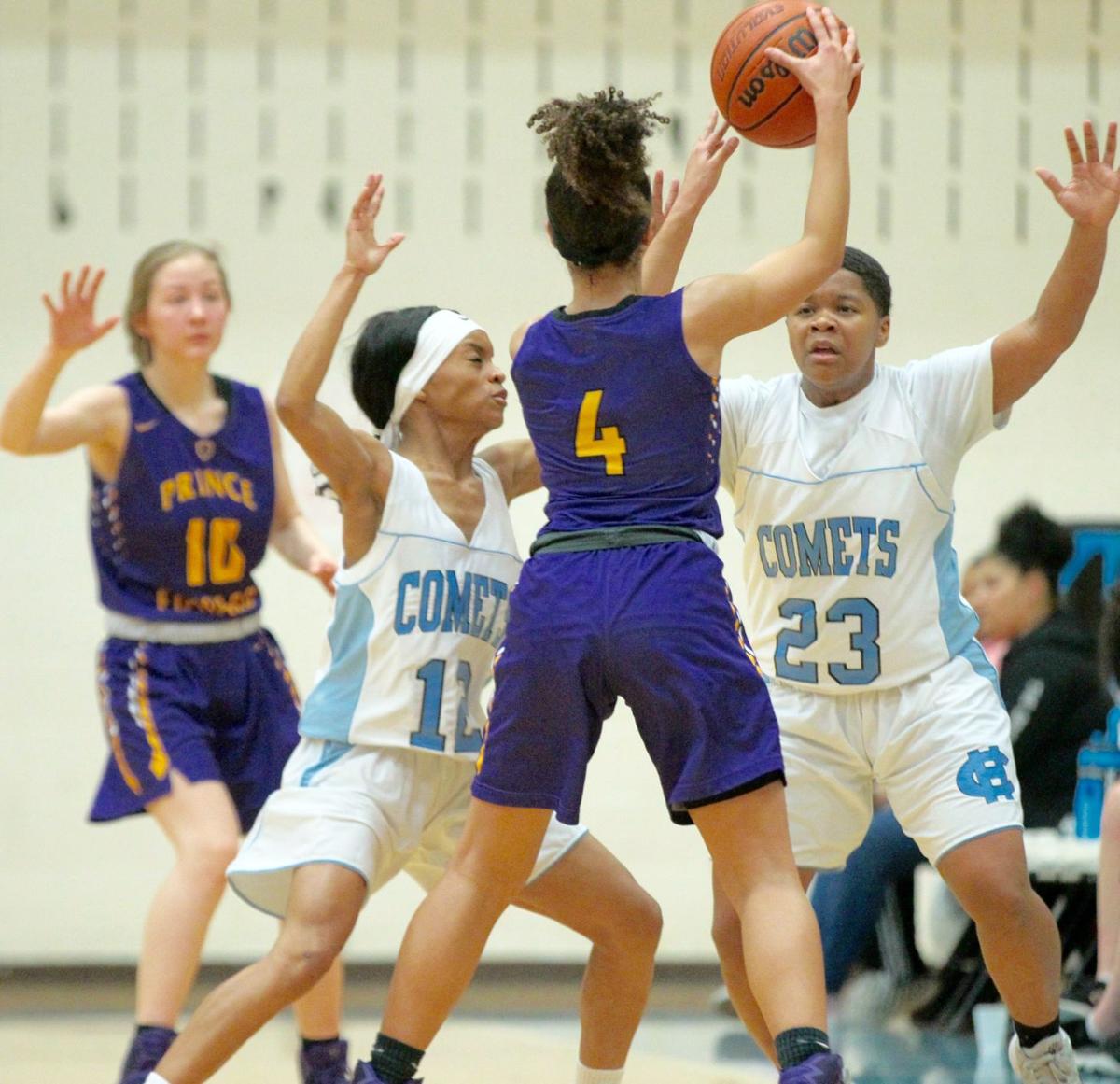 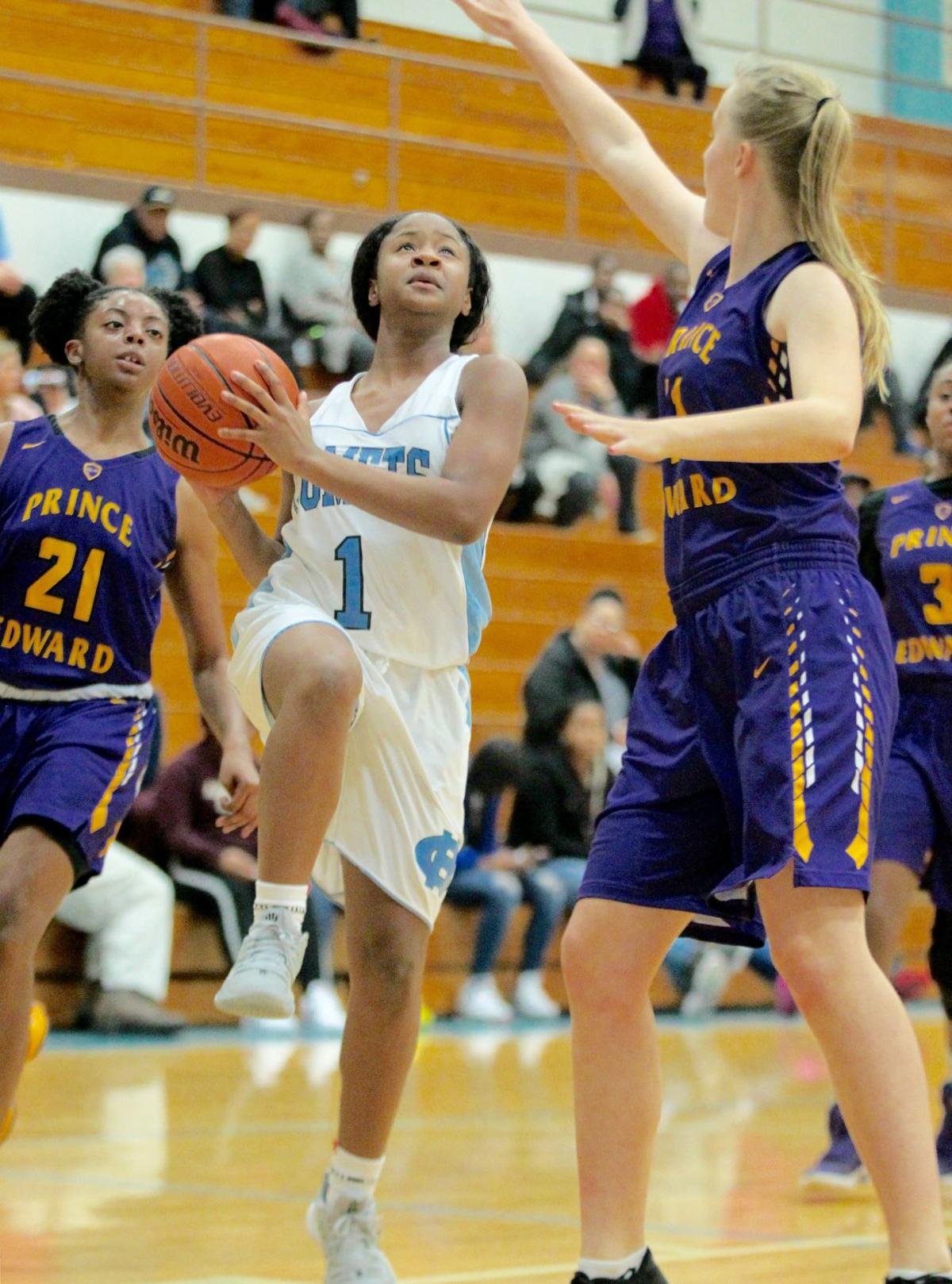 The four straight layups from senior Dee Dee Jeffress put the Comets up 8-0, and they never looked back, running away to a 54-19 win.

“I’m very proud of the girls and the way they played,” remarked Comets head coach David Graham following his team’s second win in as many nights.

“It was a good overall team win. All of the girls got to play, 12 players scored, and we were able to rest the starters a lot.”

Jeffress led the dozen Comets players that got into the scoring column with 10 points, eight of them coming in the first two-and-a-half minutes of the game. Saviana Bailey and Shamya Hankins followed with six points each, and Kamyria Woody-Giggetts, Lauryn Easley and Demeisha Canada chipped in five points each.

Halifax County High School led 13-4 with two minutes left in the first quarter, and rang up seven unanswered points with a 3-pointer from Marable and a basket each from Reed and Woody-Giggetts to lead 20-4 at the end of the opening quarter.

In a slow second quarter for both teams, the Comets added another point to their lead and went into the halftime break holding a 23-8 lead.

A layup from Jeffress off of a steal and a pair of free throws from Townes put the Comets up 27-8 after the first two-and-a-half minutes of the third quarter. Leading 29-13, the Comets ran off eight unanswered points, six of them from Hankins and two from Woody-Giggetts, to lead 37-13 heading into the fourth quarter.

On top 44-19, the Comets scored 10 unanswered points over the final 5:18 of the contest, six of them coming from Bailey, to pull away to the 35-point win.