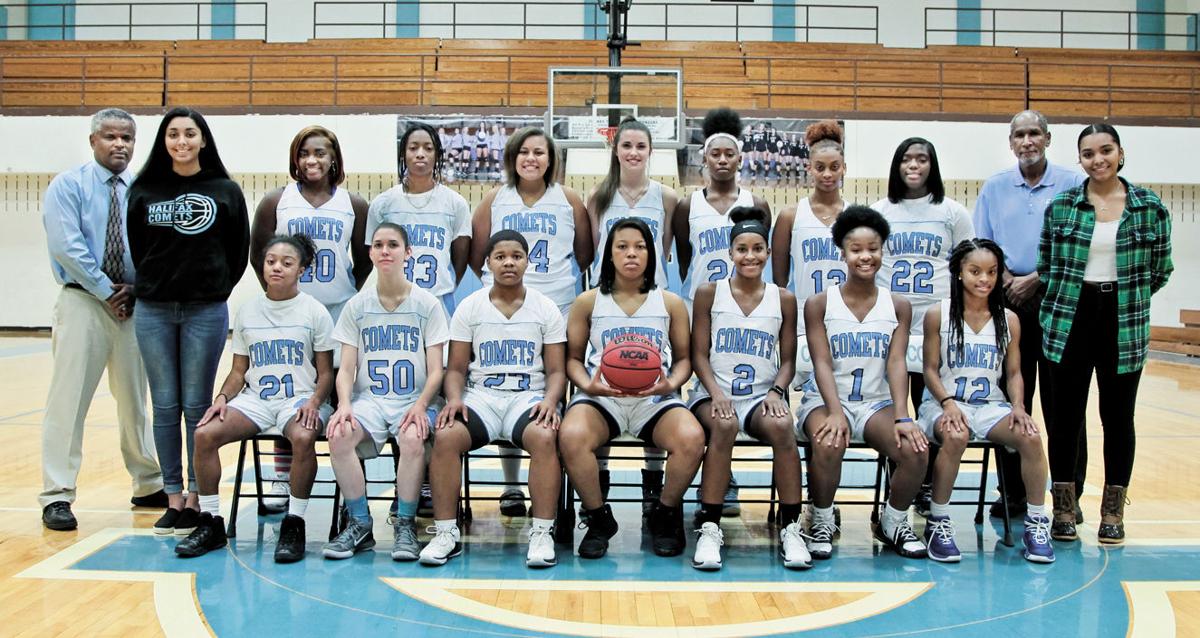 Last season’s Halifax County High School varsity girls basketball team was one of the more successful Comets teams of recent seasons. This season’s Comets squad is expected to be better, perhaps the best team Comets head coach David Graham has had since taking over the reigns of the Comets girls basketball program.

Ten players return from last year’s team that finished regular-season play at 11-11 and 7-7 in Piedmont District action, including all five of last year’s starters. That gives this year’s Halifax County High School girls basketball team a lot of talent, depth and experience.

“Sam (assistant coach Sam Edmonds) and I are excited about this season,” Graham said with a smile.

“The girls are excited. The hardest part I have now is picking a starting five because I’ve got 10 girls that could be starting. That is a good position to be in.”

Graham points to the team’s depth as one of the big things he feels will lead to a solid season for the Comets.

“We have had a lot of talent on our teams before,” Graham pointed out.

“What is going to make this team better than teams before is we are 10 to 11 girls deep. When you look down the bench we’re not losing anything. We have some girls that can come in and relieve some of our starters and not lose hardly anything. We have players that come in for every position. What we haven’t had in the past is a solid bench.”

With the depth that he has on the team, Graham said he plans to pick up the speed of the team’s offense and defense this season. The Comets coach says his team missed a lot of fast-break points last season, a factor he points to making a difference in the outcome of some of the team’s games. That is something he wants to see corrected this season.

“We want to be more aggressive on offense, run more and push the ball,” Graham pointed out.

“We also want to pressure the ball more on defense. We have girls that can do that. The girls on the team that can do that are the ones that will stay on the floor and get to play.”

Graham liked the combination of the up-tempo offense and defense his team played when it scrimmaged Dan River High School last week.

“I really liked that when I sent in three or four girls to replace starters the pace didn’t slow down,” he noted.

“If you can keep that upbeat pace for eight minutes each quarter, it’s going to be kind of hard for the other team to stay that upbeat if it doesn’t have a good bench.”

One area that Graham and the team are working on is rebounding. The Comets did not have a particularly good night rebounding in its recent scrimmage against Dan River High School.

“On offensive rebounding, I thought we stood watching the shot a lot instead of getting into position,” Graham pointed out.

“We were out of position on some of the defensive rebounds. We can adjust. We’ve just got to clean up a few things.”

One of the players in the core group of returning players for the Comets is senior guard Dee Dee Jeffress who is only about 80 points shy of having scored 1,000 points in her career. Senior center Dezheona Mitchell and senior guard Kayla Townes also return.

“Tremendous improvement will be seen this year by Ella Morrison, Meisha Canada, Lynia Reed and Talitha Marable,” Graham pointed out.

“They all will be a very strong force to deal with this year. Each has improved on all phases of the game and is truly ready to play. We have also had good practices from Grace Langford and Saviana Bailey. Both are picking up the team system of play very well.”

Graham has two freshmen on the team that have also been showing good things on the court.

“We moved freshman Shamya Hankins up to varsity to help out in the middle with rebounding and inside points,” Graham said.

“We also moved Kamyria Woody-Giggetts, another freshman, up to give us more speed on fast breaks and defense.”

In short, Graham says the Comets have a lot of ingredients to use that will hopefully bring a successful season.

“We have a very good combination of experience and youth,” Graham said.

“I think we have a very solid bench which will help our style of play. The team and coaches are looking forward to an exciting year of girls basketball at Halifax County High School.”

• Total Returning Players: 10 – The Comets have 10 players from last year’s team returning for the 2019-2020 season. In addition to the players listed above, the Comets have Kayla Townes, Lynia Reed, Talitha Marable, Lauryn Easley, Grace Langford and Amaya Mitchell returning this season.

• Last season: The Comets finished 11-12 overall. HCHS was 11-11 overall and 7-7 in the Piedmont District during the regular season.

In the Piedmont District Tournament the Comets lost to Martinsville 61-20 and defeated Tunstall 63-23.

In the Region 5D South Sub-Region Tournament, the Comets lost to Albemarle 39-32 in the opening round.

A team’s winning percentage will determine its seeding for region tournament play.

The start date for the Region 4D tournament has not been announced.