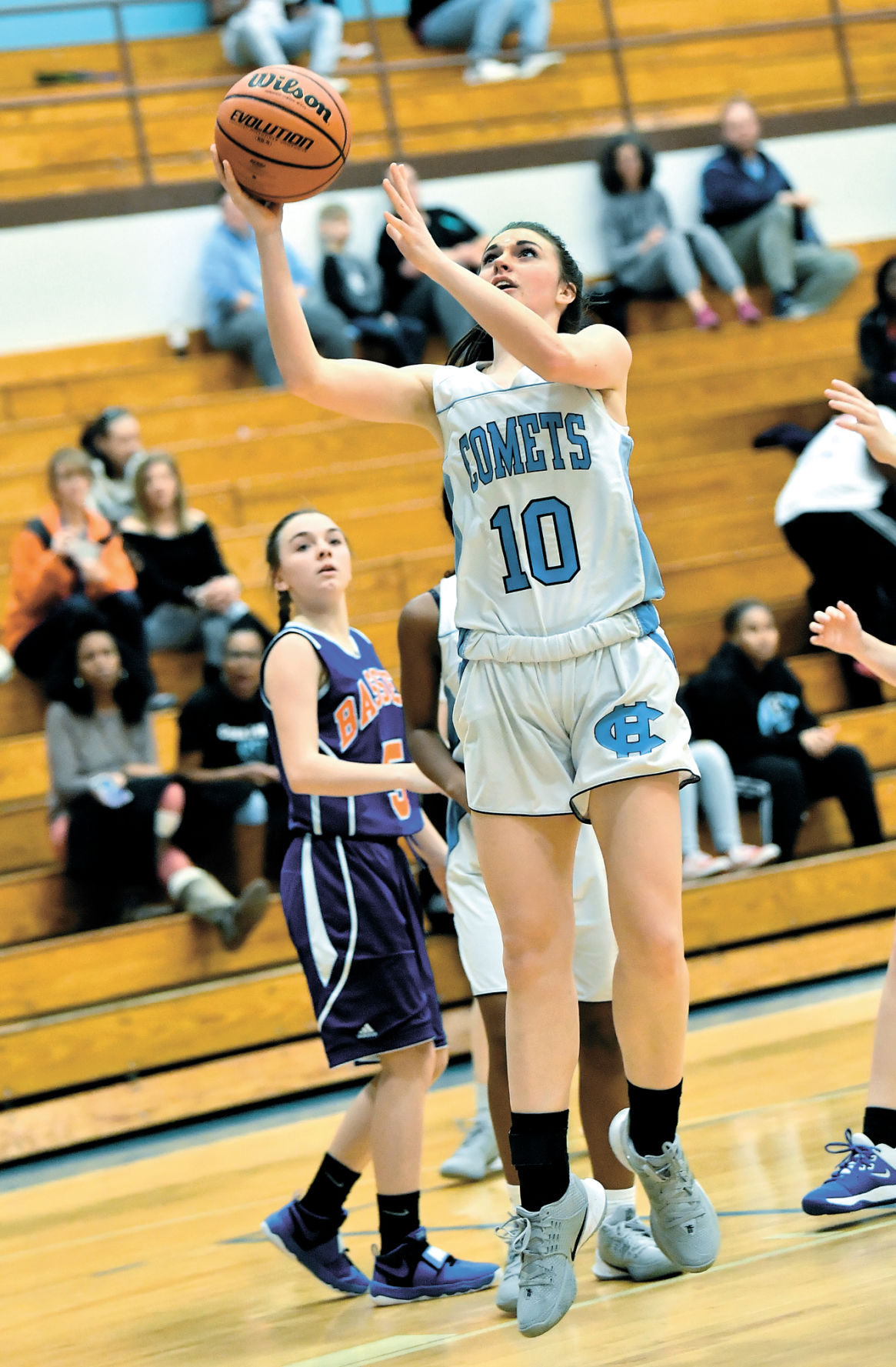 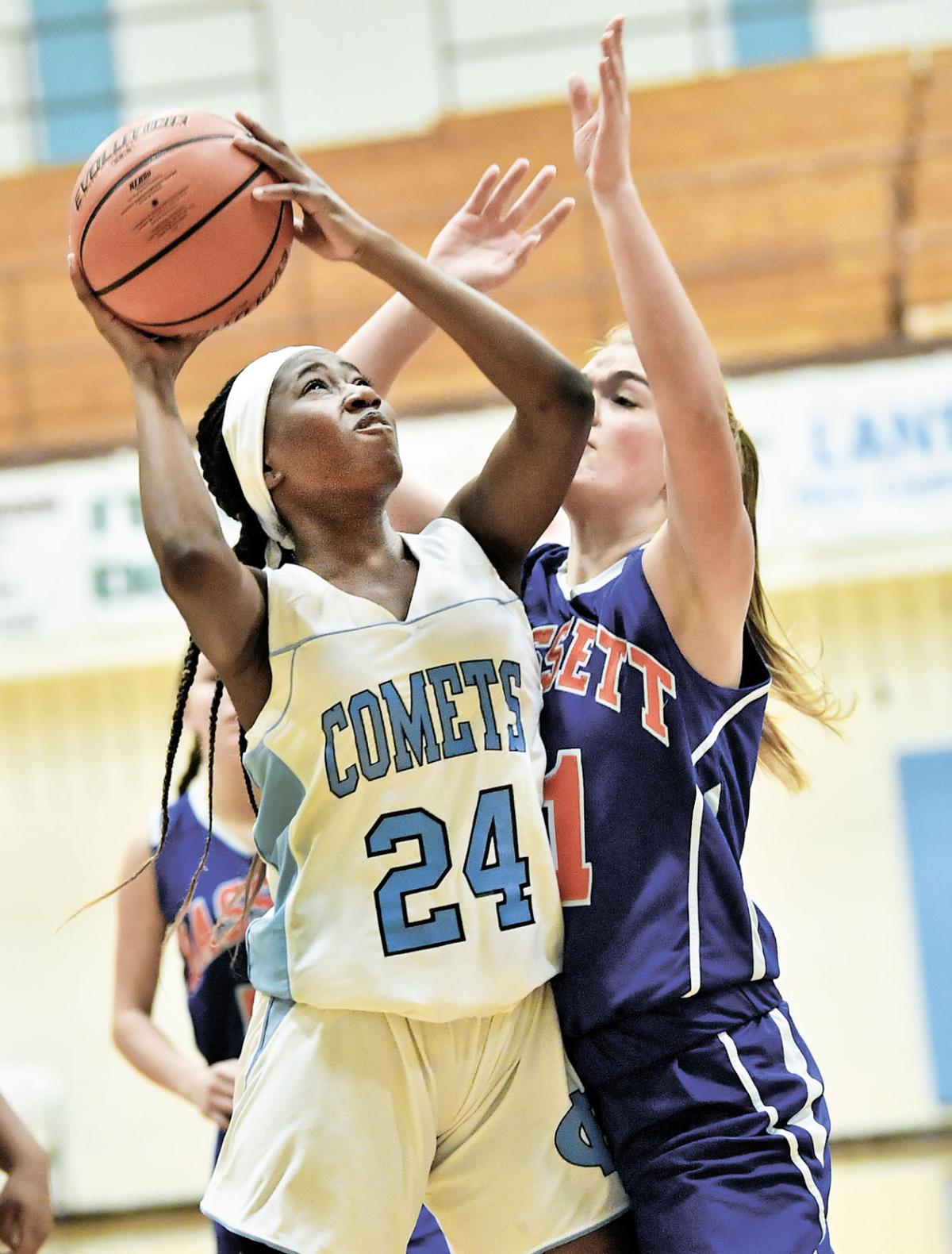 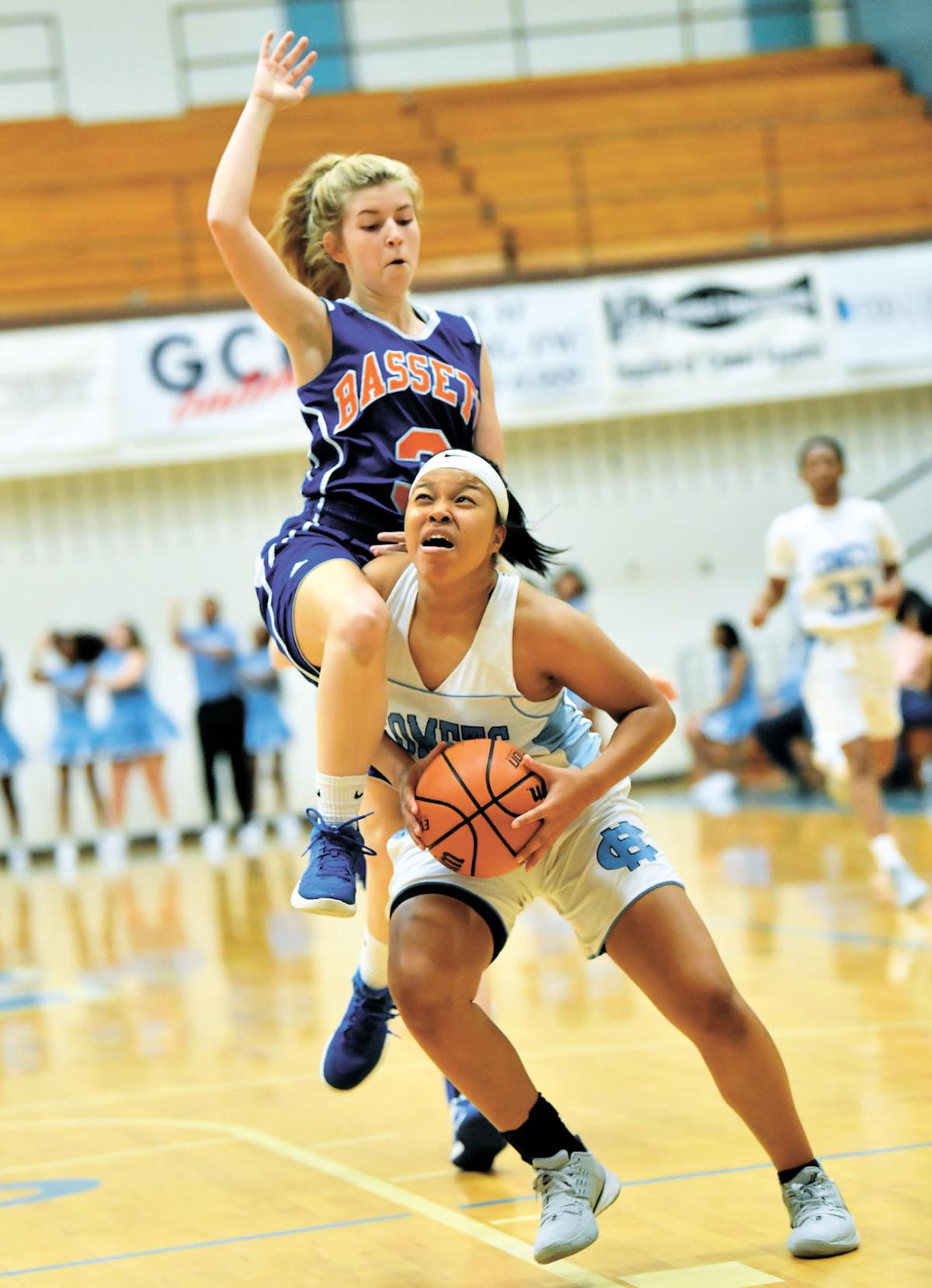 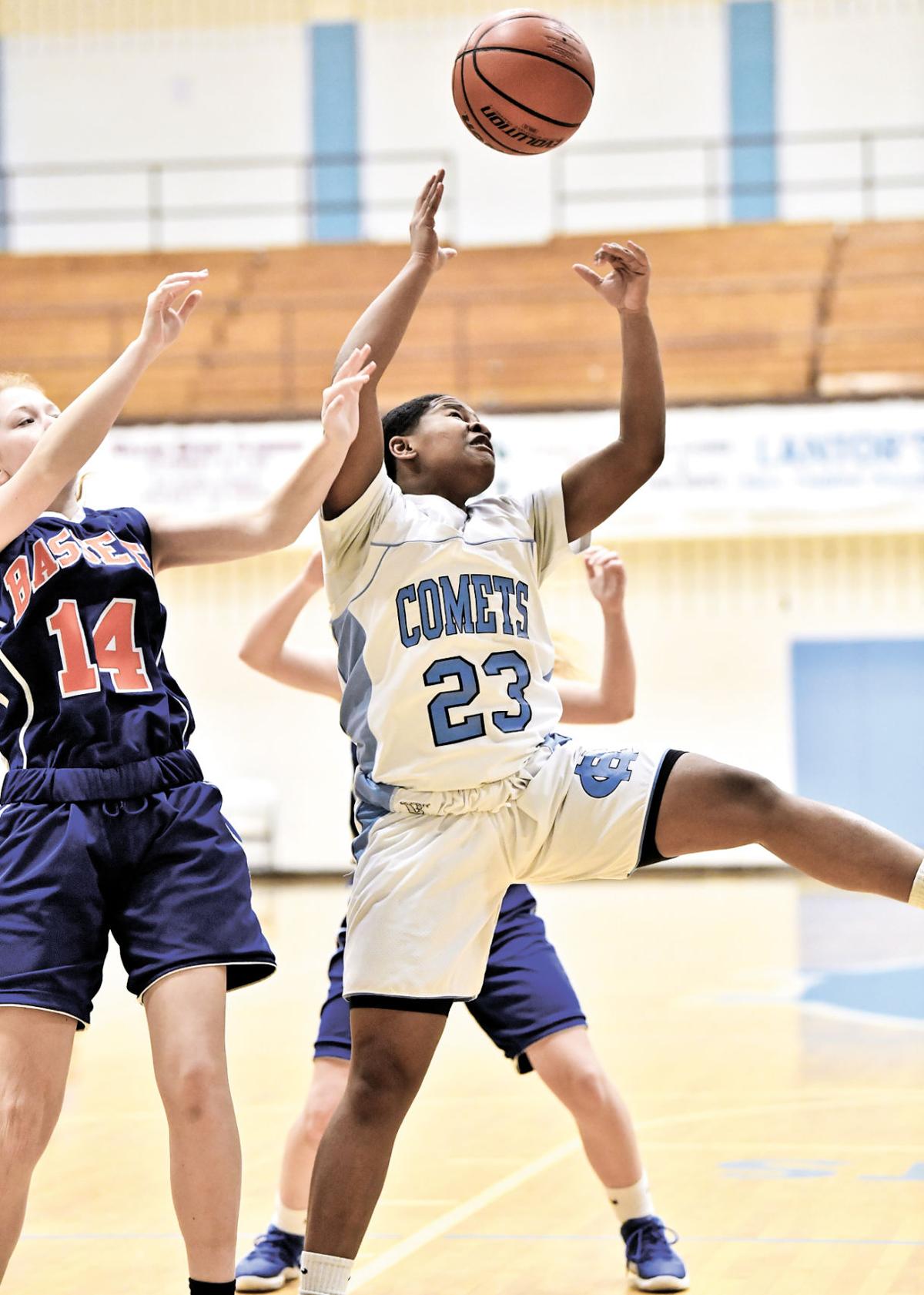 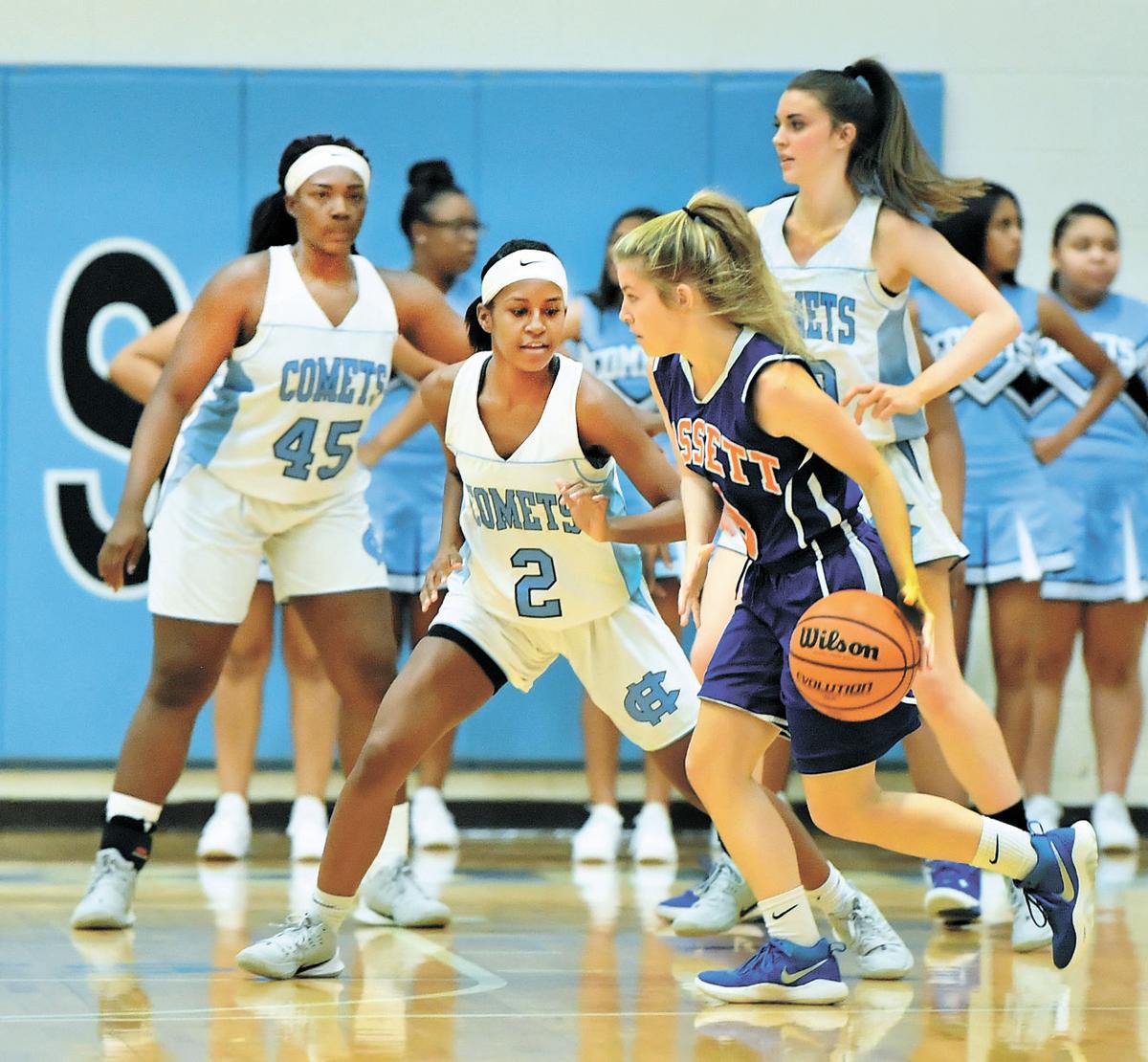 Three wins in three games last week, the last one a 44-9 win over Bassett High School at Halifax County High School on Friday, leaves the Comets’ varsity girls basketball team with a 3-1 record in Piedmont District play and a 12-2 overall record heading into this week’s three-game stretch.

Halifax County High School used its entire roster early and often against a rebuilding Bassett team, with nine players scoring at least one point, including Ella Morrison, who scored eight points, including two 3-pointers to stake the Comets to an early 6-0 lead.

Dee Dee Jeffress, who finished with seven points, all in the first quarter, connected on another 3-pointer, and Demeisha Canada also scored seven points, including a 3-pointer.

Kamyria Woody-Giggetts added two points and Amaya Mitchell a point at the free throw line for the Comets, who opened up a 21-0 lead after one quarter and a 36-3 lead at halftime over the Lady Bengals, who worked with only a six-player roster.

A running clock shortened the game in the second half, with the Comets leading 44-3 after three quarters before winning by the final margin.

Halifax County connected on eight of 14 free throw opportunities for the game.

The Comets accomplished some objectives the past few games, getting a chance to work on some new wrinkles in their defensive scheme, and head coach David Graham was satisfied with what he saw.

“We put in a new zone defense, and I liked the way they played it tonight,” explained Graham.

“We played some man-to-man. We know at crunch time you may need to play some man-to man, and our man-to-man tonight was much better.”

If the Comets continue to play with the consistency and energy they showed in three wins last week, they stand a good chance of claiming another three wins to add to their resume in the coming week, according to Graham.

“I was really pleased with the way they all played tonight (Friday), he explained.

“They worked hard and wanted to see some of the things we worked on in practice. They want to get better and want to win, and their attitudes have been very good in practice and games.”

Graham is looking to keep the momentum moving forward but he also is looking for the Comets to stay focused on the task at hand.

“Next week we have Patrick County right off the bat and we have Magna Vista, two good teams, but our team is tough also,” said Graham.

“We’re learning how to win, and consistency is what we’re working on.

“We need to keep intensity and energy level consistent, and if we can do that, we can play with anybody,” Graham noted.

“It comes from learning how to win. You cannot lighten up, because you know they’re going to throw everything they’ve got at you.

“Regardless of who we play, we need to stay aggressive.”