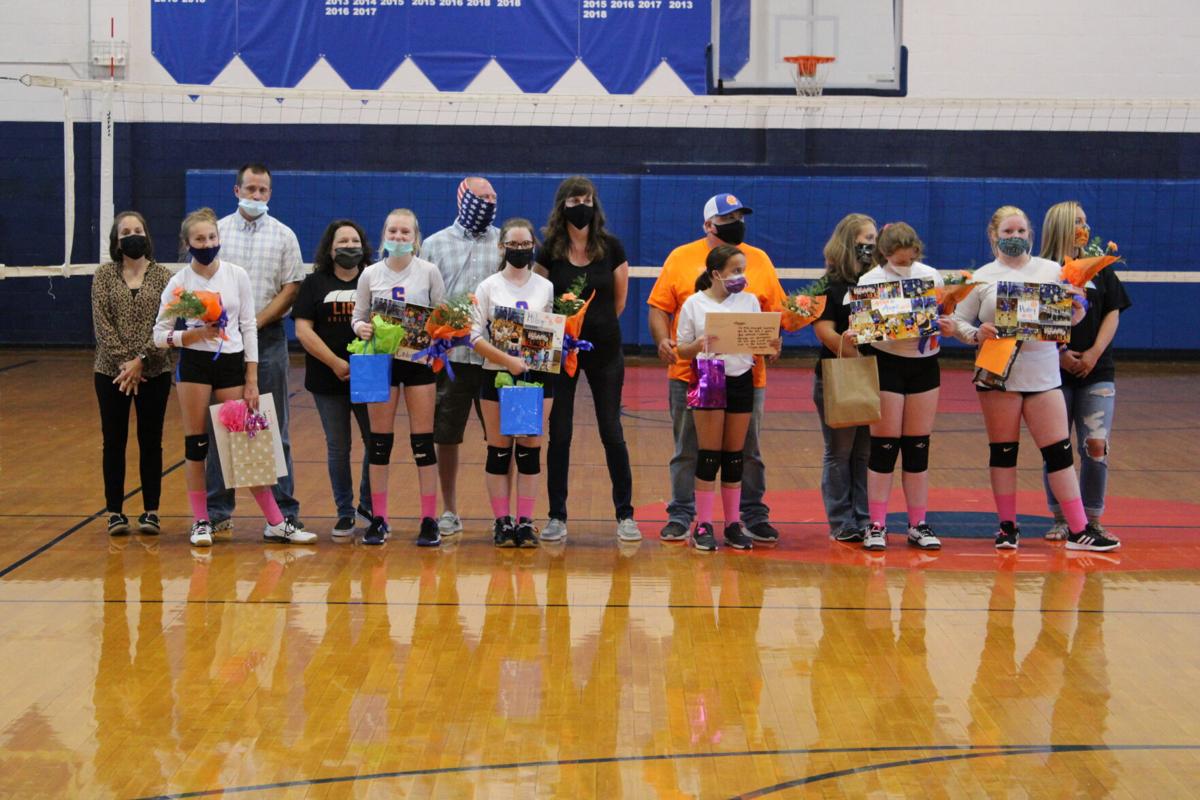 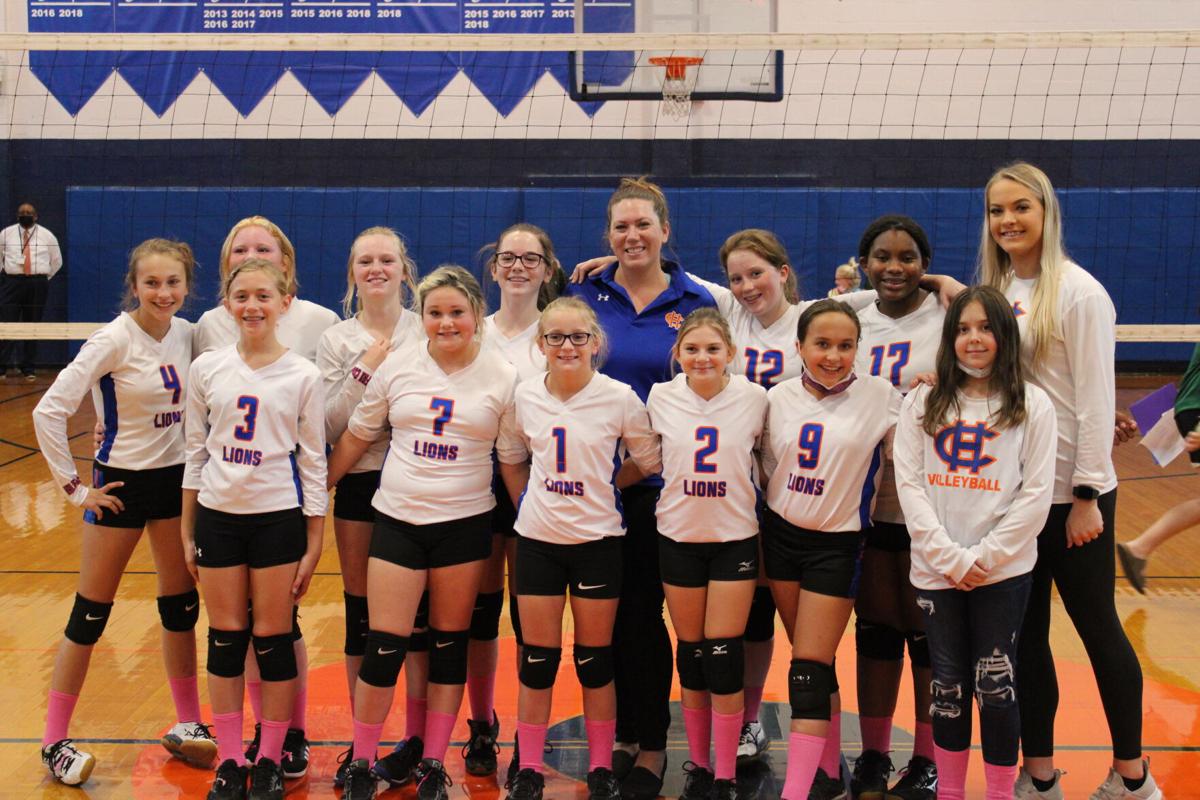 The Halifax County Middle School Lions volleyball team pose for a quick picture with their coach Lynzie Adams after their Tuesday win versus Patrick County in the semifinal round of the Jr. Piedmont District playoffs, to send them to the championship game. 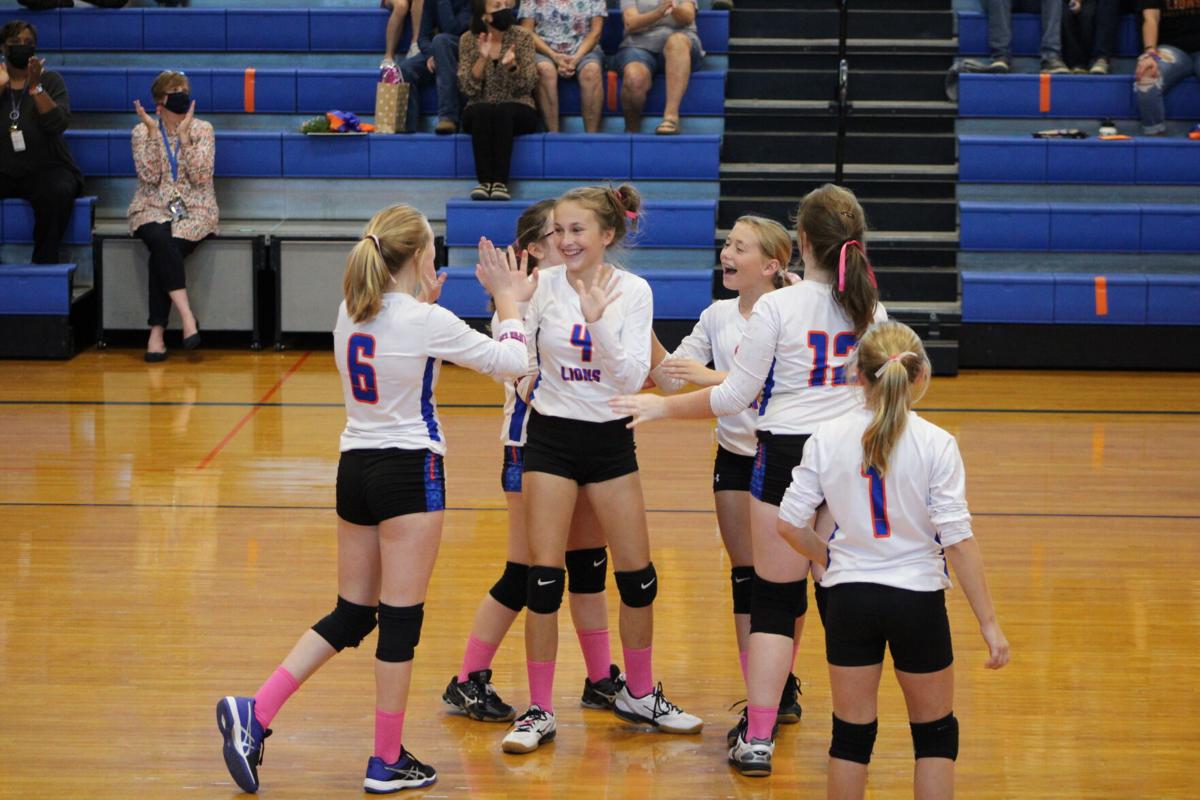 The Halifax County Middle School Lions celebrate the kill against Patrick County by eighth grader Hannah Abbott in the semi final round of the Jr. Piedmont District tournament. 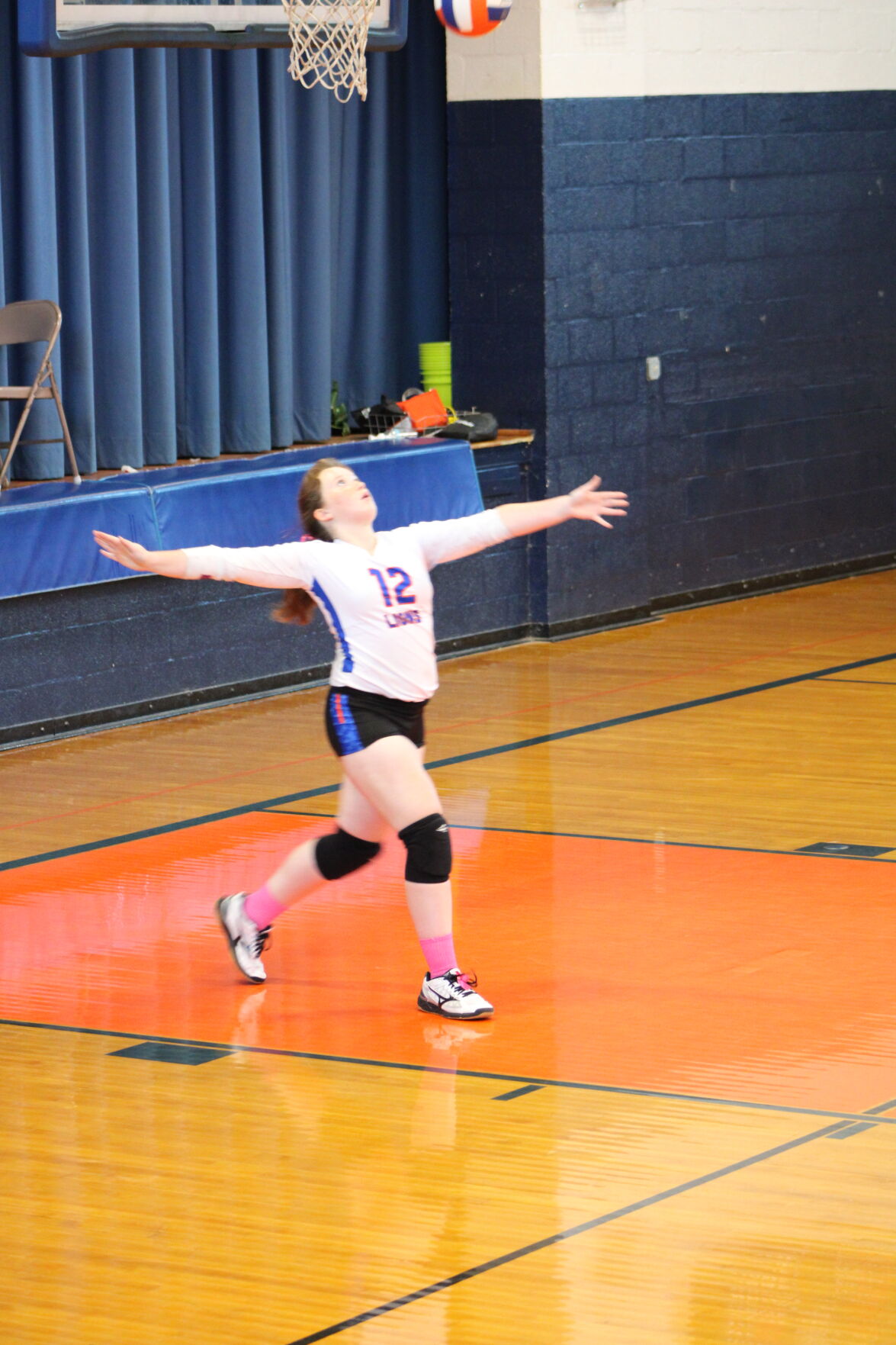 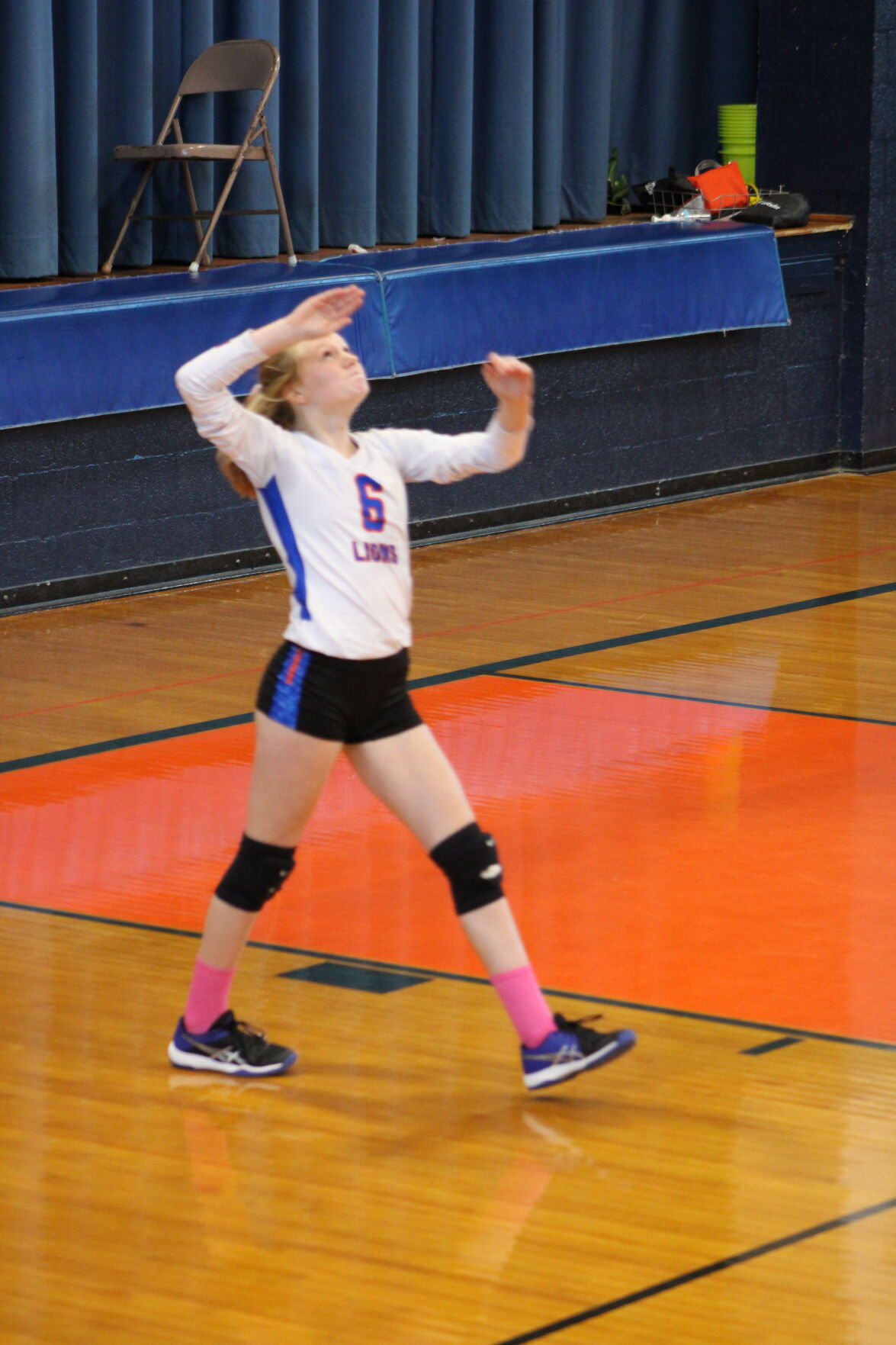 Halifax County Middle School Lion (6) Cadence Howerton prepares to serve the ball to the Patrick County side of the court on Tuesday in the Lions straight set win.

Tuesday was eighth grader appreciation night for the Halifax County Middle School volleyball team, and the lady Lions put on a show and dominated Patrick County in the semi-finals round of the Jr. Piedmont District tournament, winning in straight sets 25-19 and 25-15.

Abbott also had two kills in the first set, while conner and Kynnedy Riley both had one kill in the second set.

“The team played smart volleyball, and never gave up. The growth of these players, both individually and as a team is remarkable,” Adams concluded.

The lady Lions competed against Laurel Park in the Jr. Piedmont District championship on Thursday.