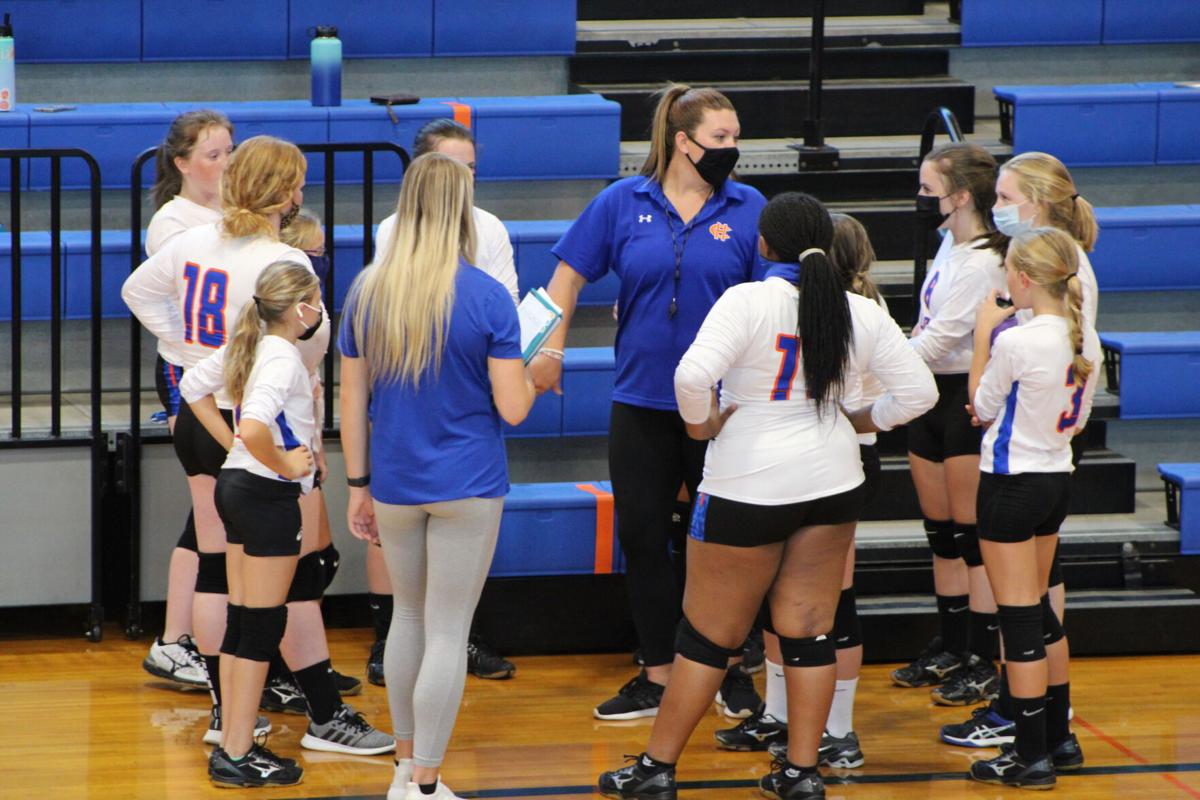 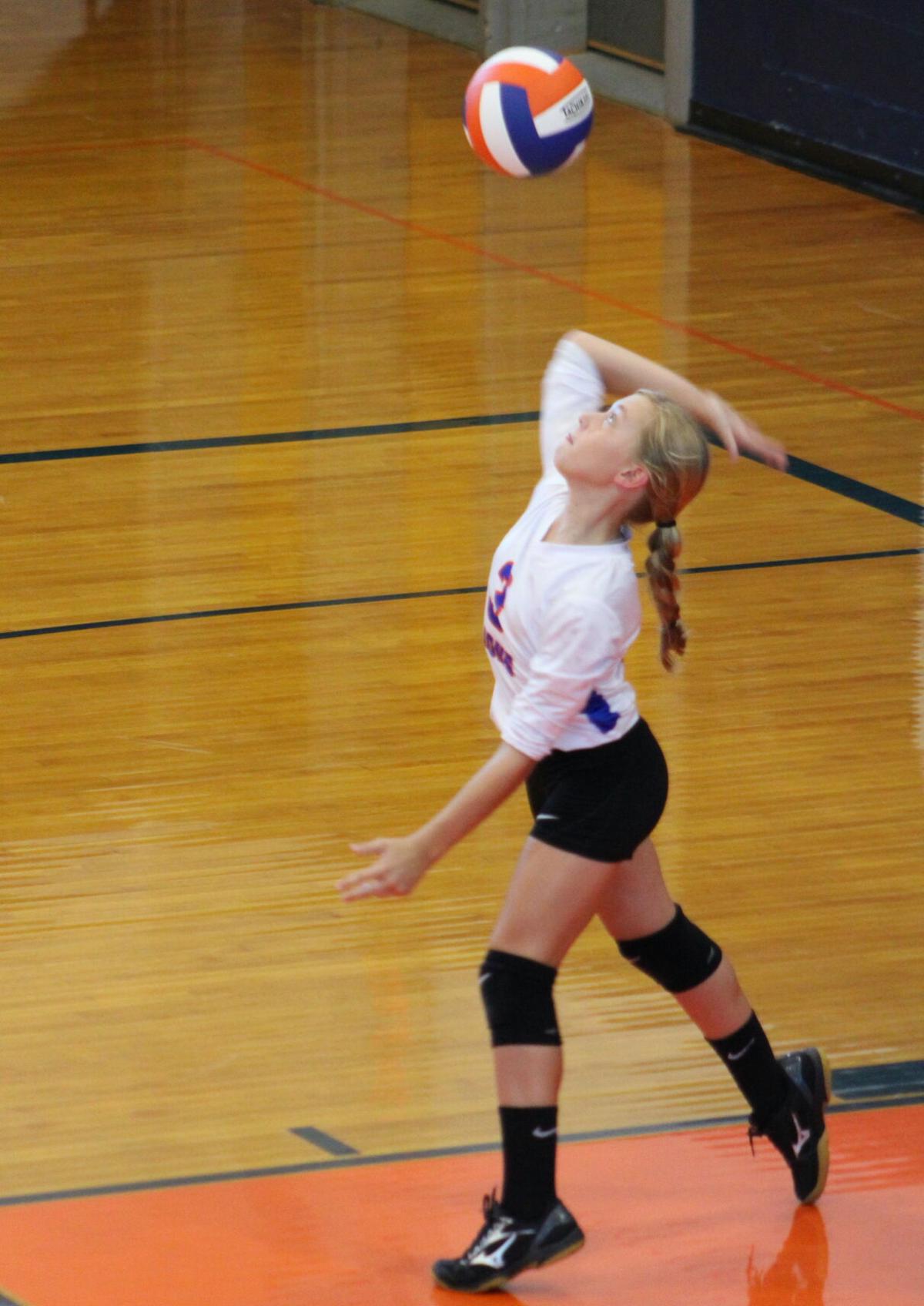 Allie Payne (3) for the Halifax County Middle School Lions serves the volleyball to Fieldale-Collinsville during their match Thursday. 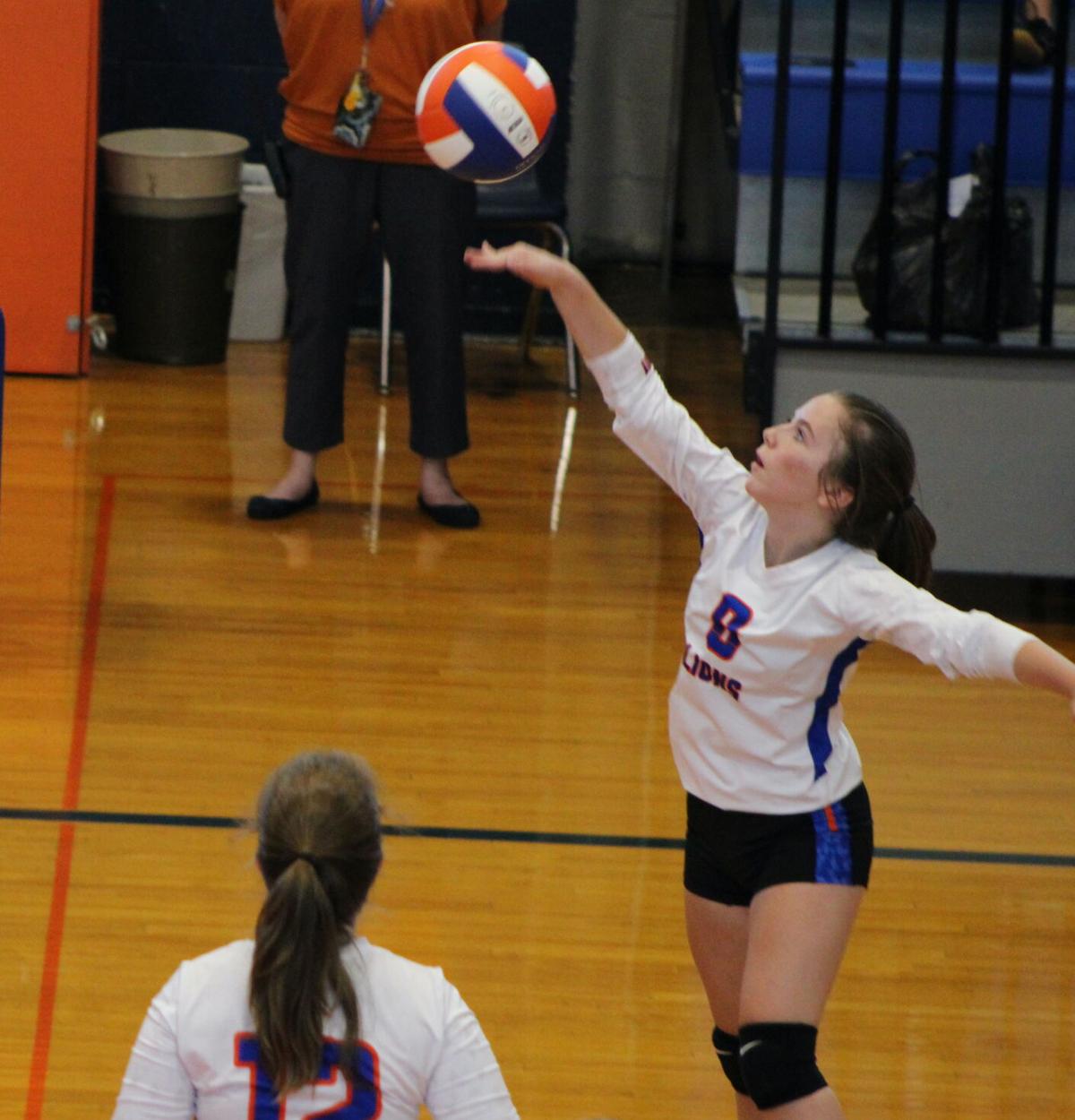 Miley Powell (8) for the Halifax County Middle School Lions hits the ball to the other side of the court where Fieldale-Collinsville let it drop for the kill Thursday. 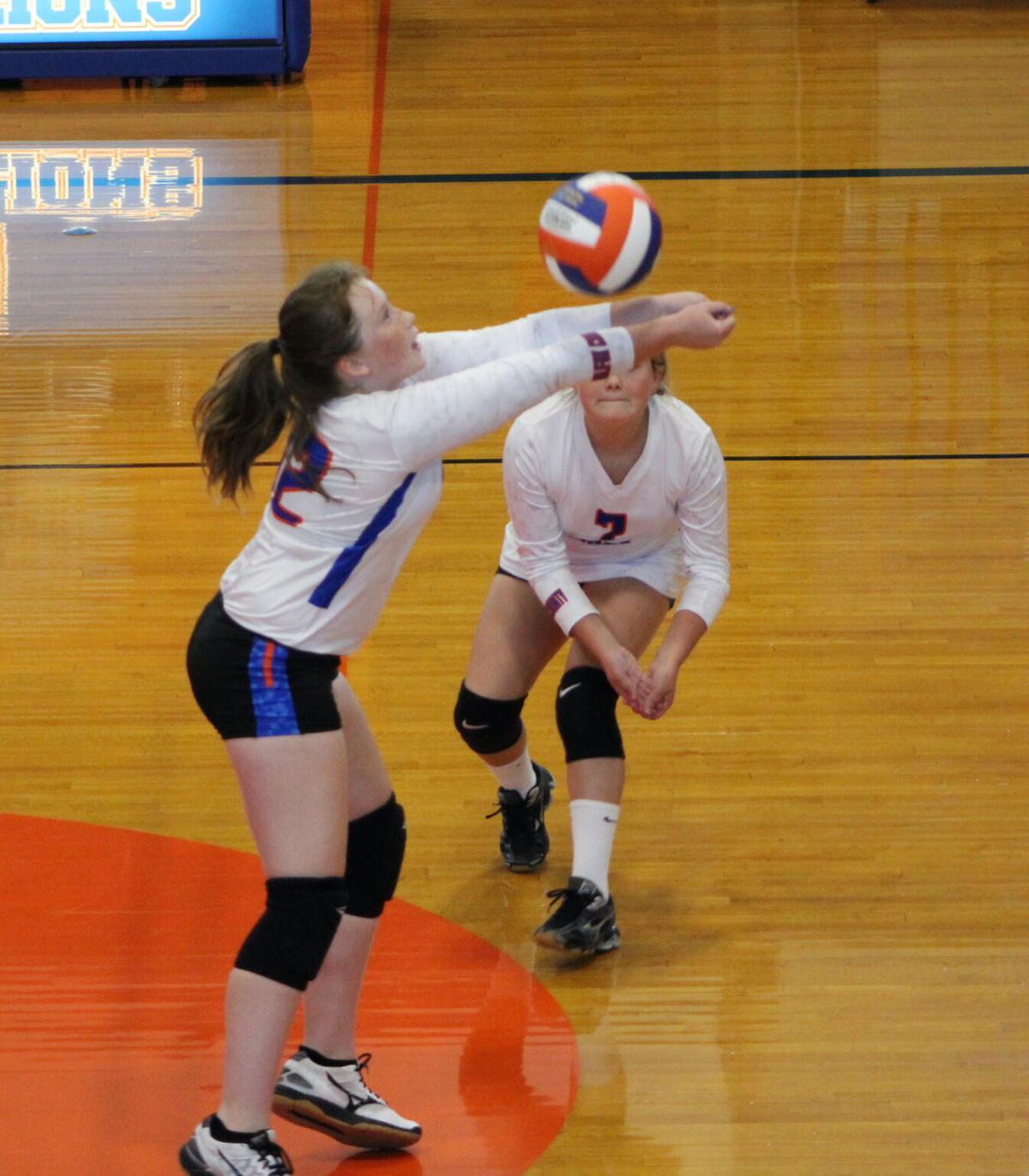 The Lions were in a close competitive match but were able to get the win in three sets after losing the first 17-25 and winning the next two 25-17 and 16-14.

After losing that first set, the girls came back with a roar during the second set with Abagail Conner leading the team with her serves scoring 10 points in a row.

Miley Powell had four digs; Kennedy Riley had three kills; Ella Seamster had one kill; and Hailey Jacobs had one kill in the Lions win.

“Thank you to everyone who came out to support the Lions volleyball team,” said head middle school volleyball coach Lynzie Adams.