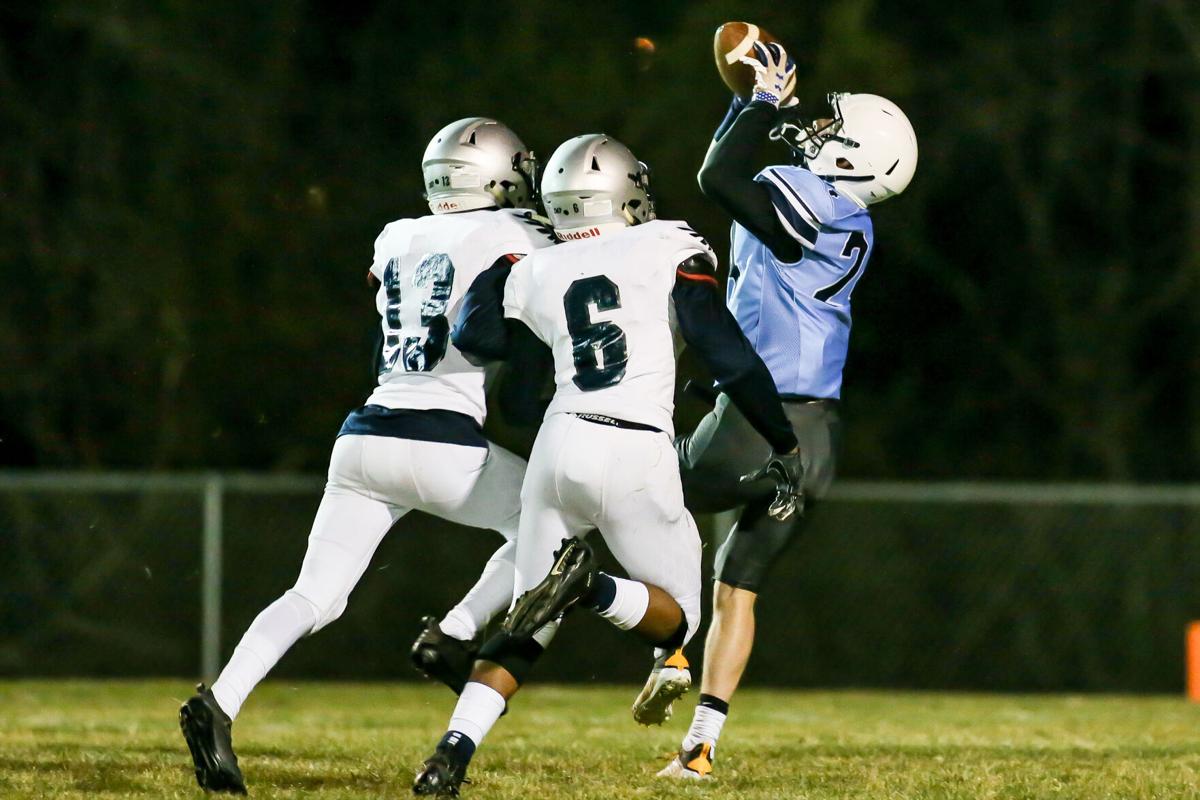 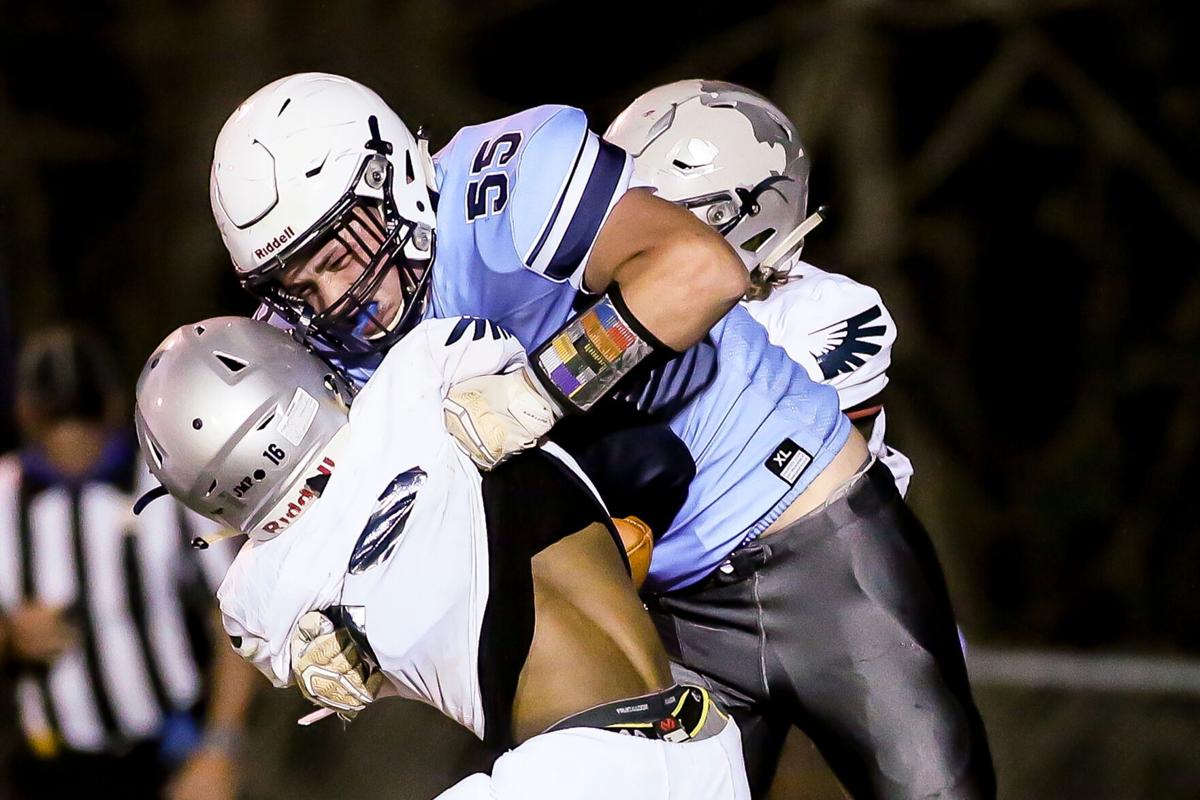 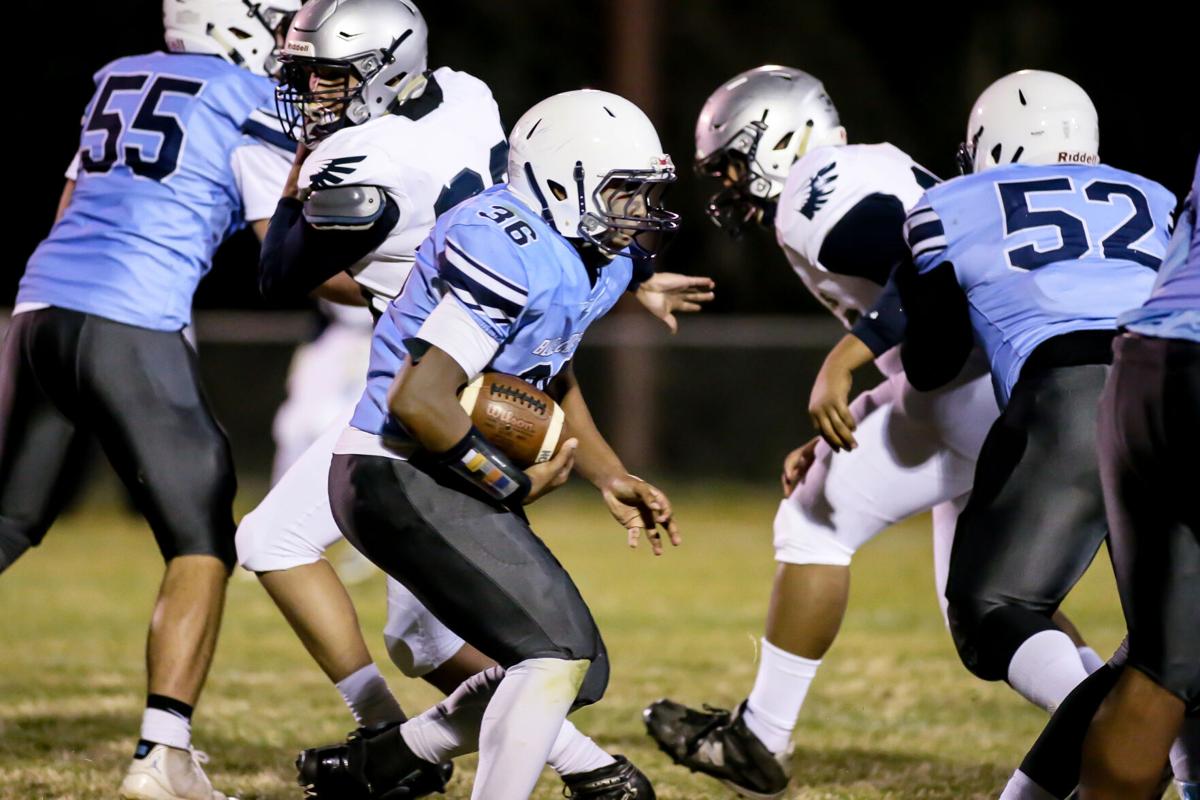 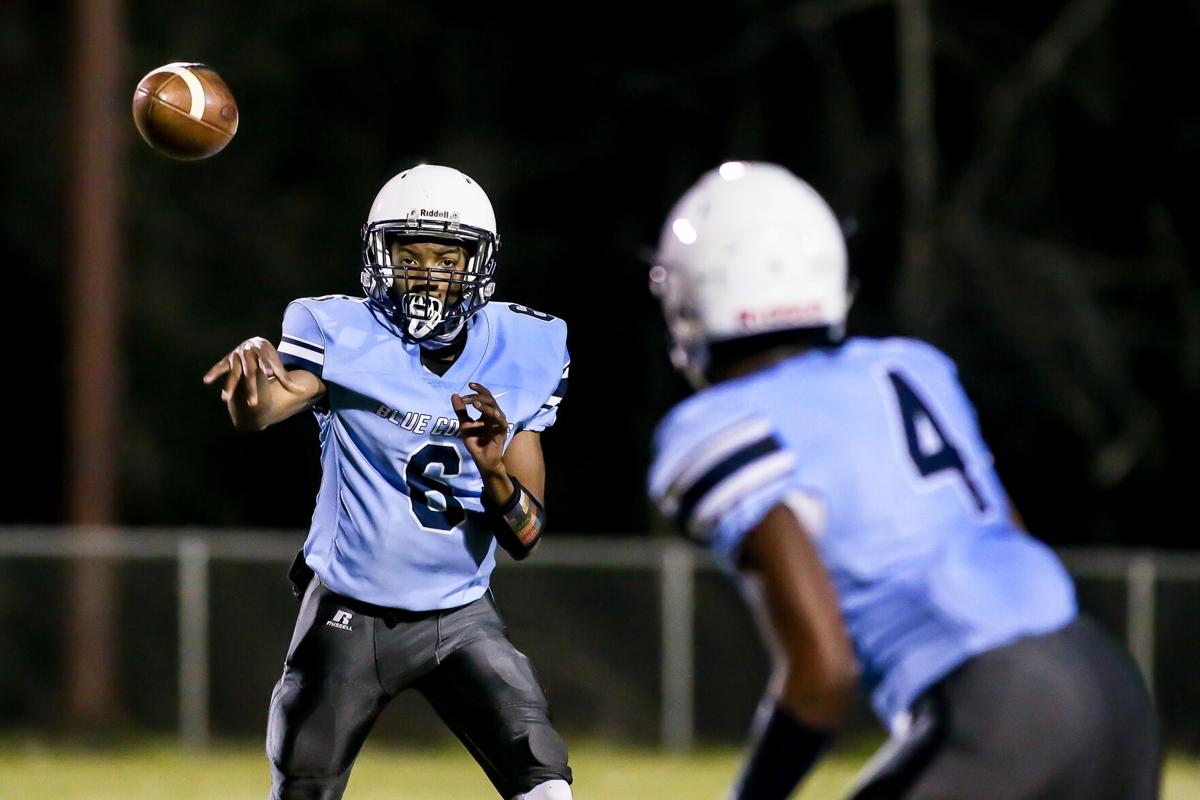 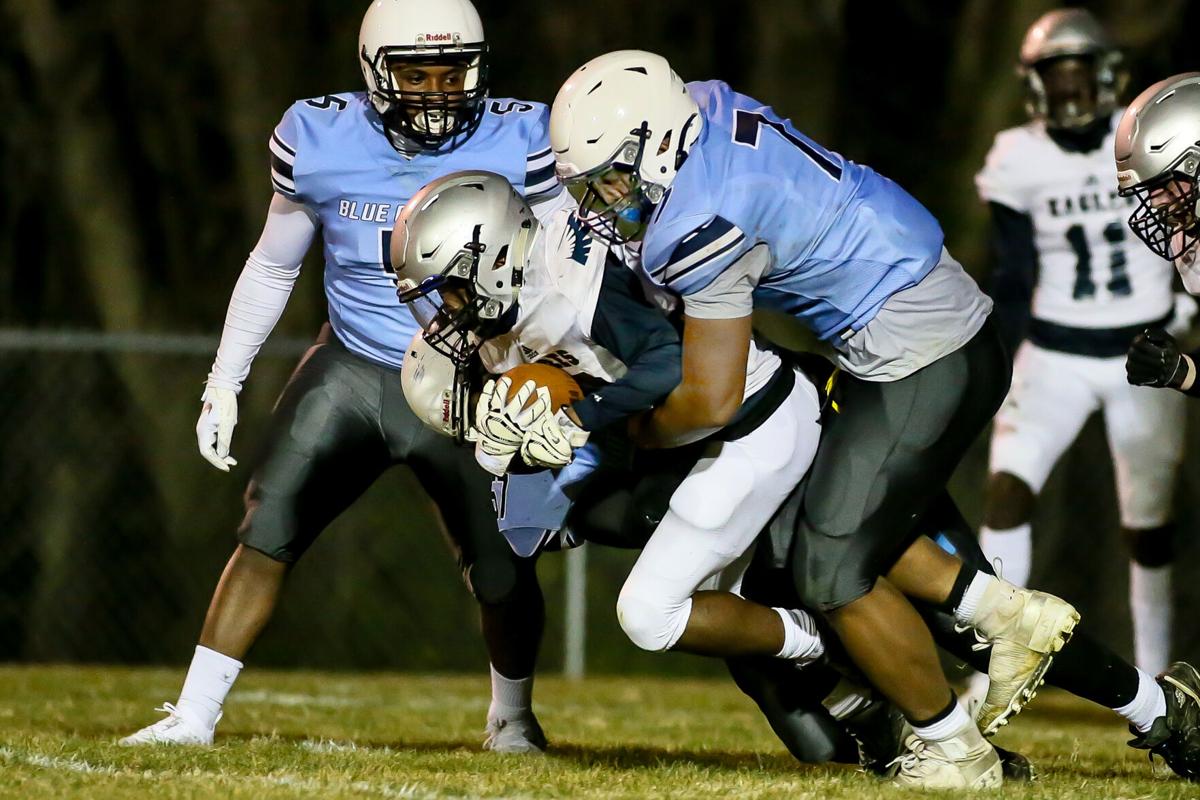 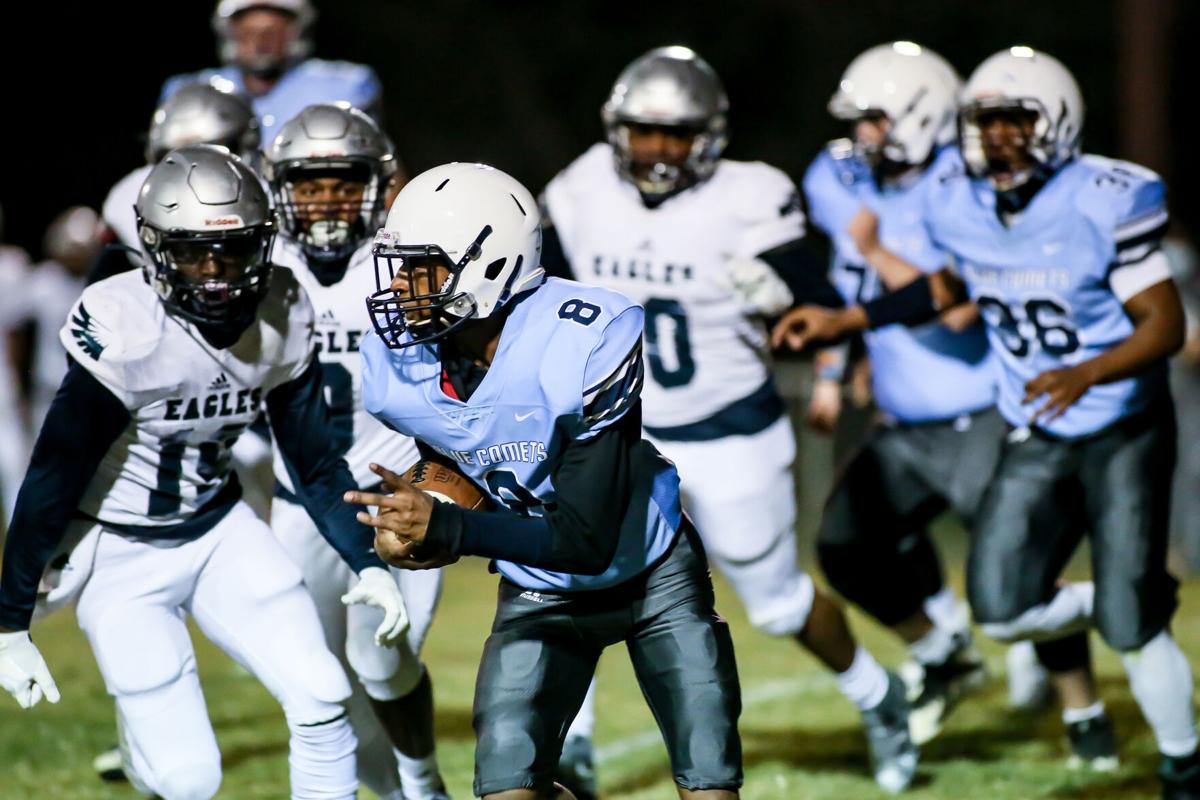 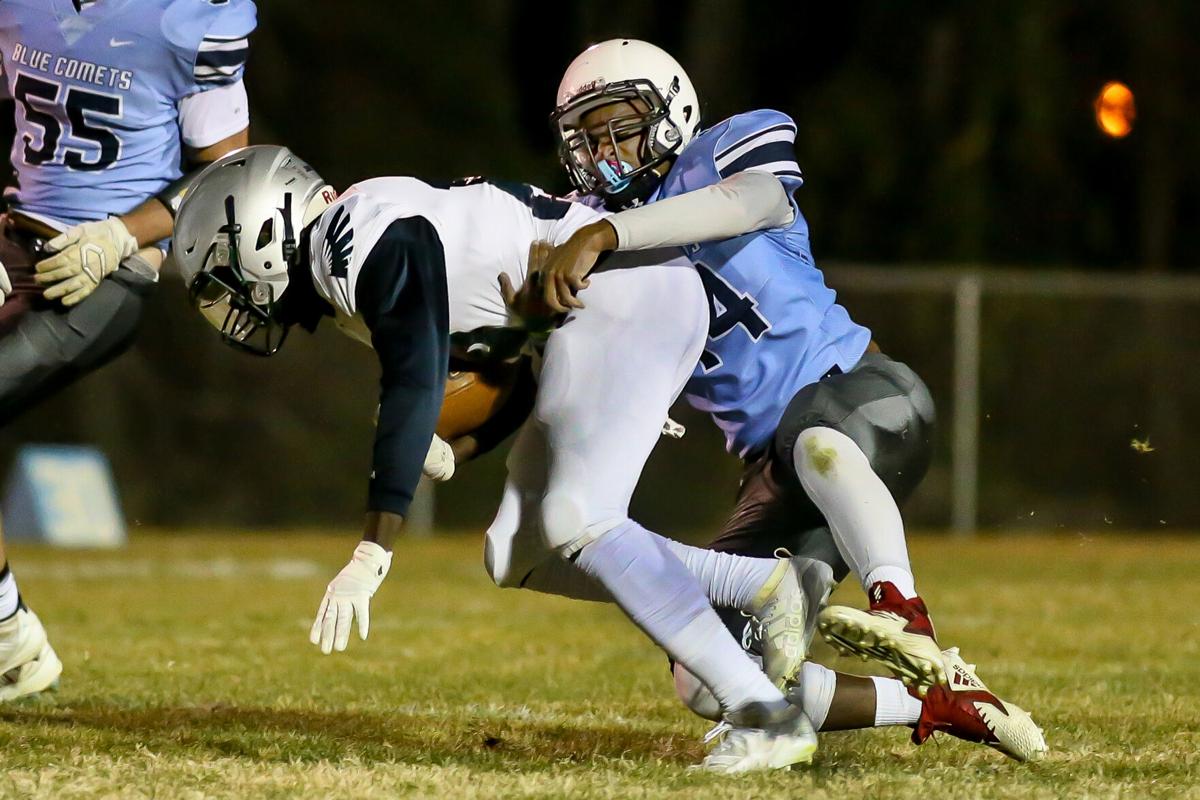 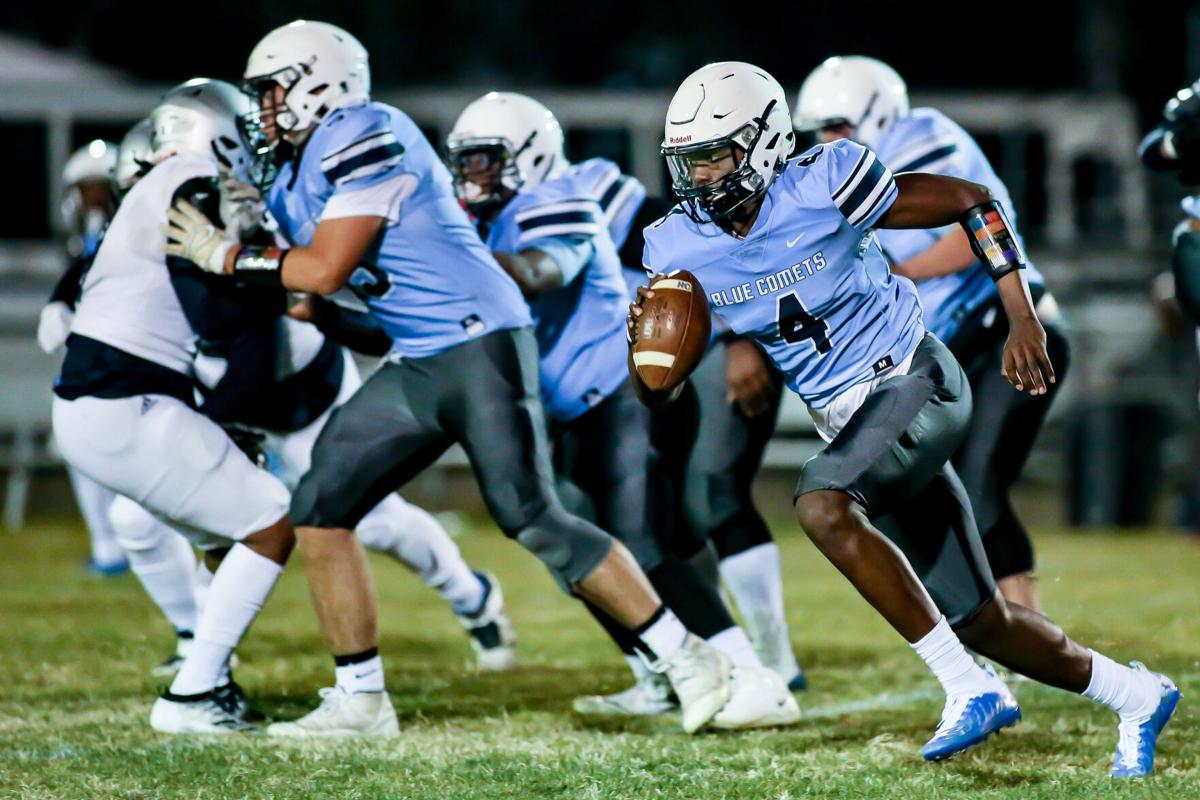 Halifax County High School quarterback Kameron Roberts (4) runs to the outside as he looks to pick up some yardage during Friday night’s Piedmont District game at Tuck Dillard Memorial Stadium. 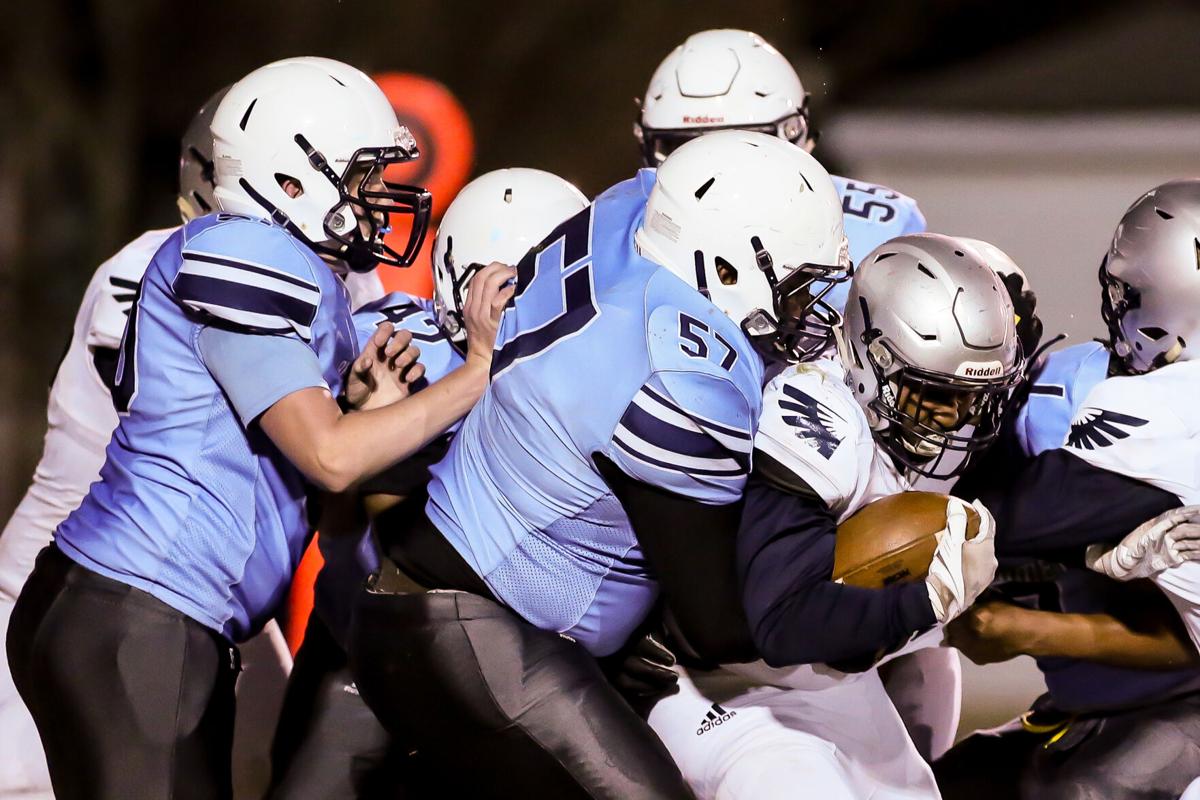 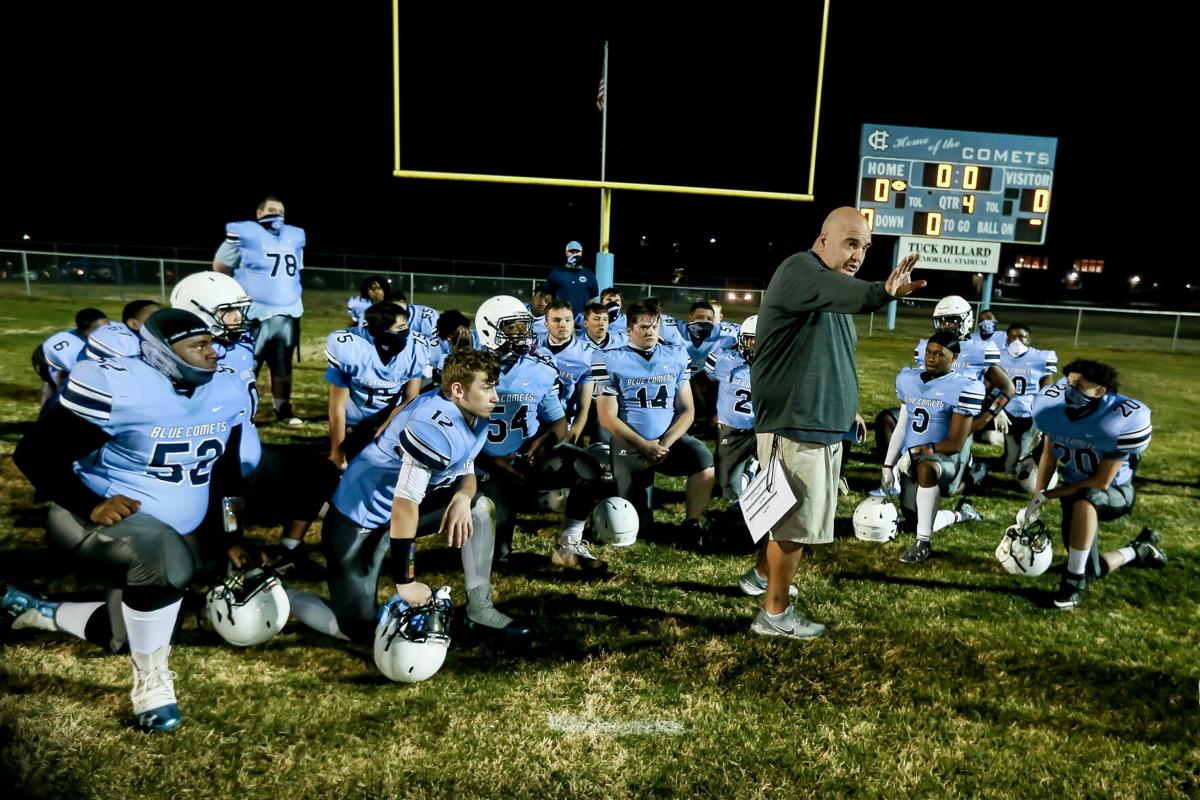 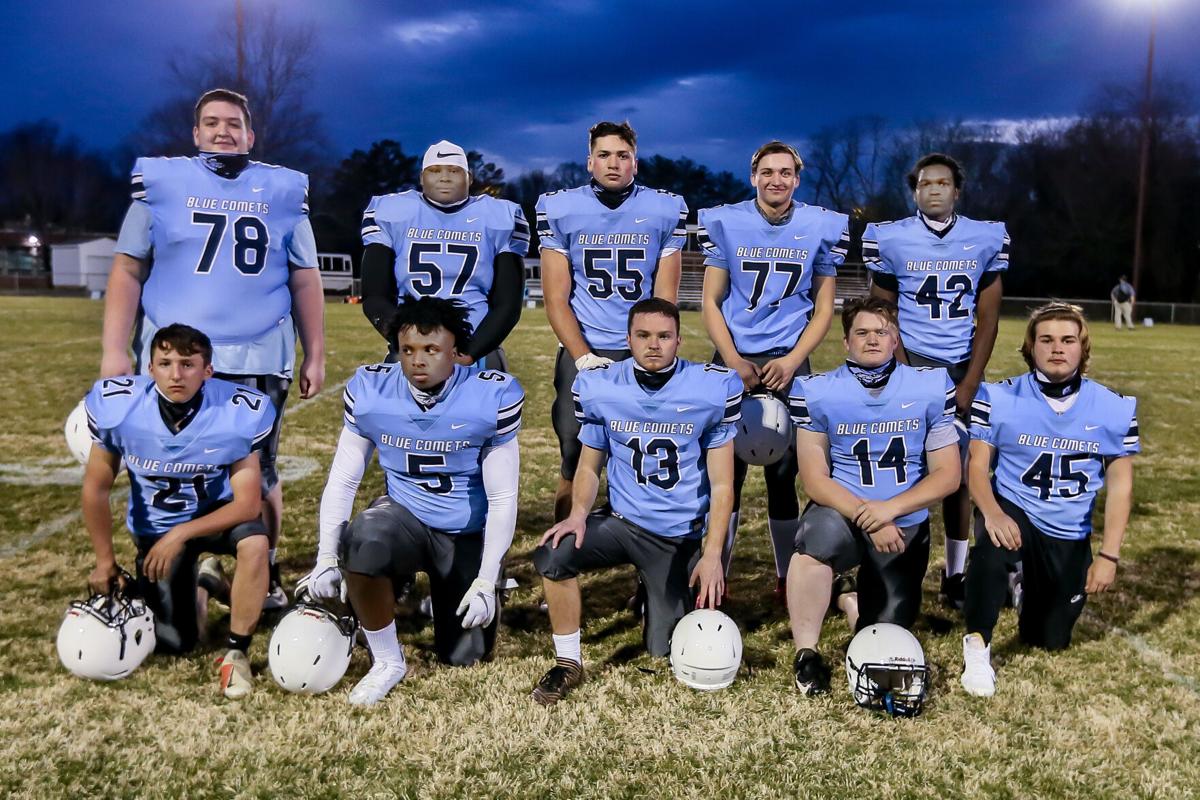 Halifax County High School quarterback Kameron Roberts (4) runs to the outside as he looks to pick up some yardage during Friday night’s Piedmont District game at Tuck Dillard Memorial Stadium.

Halifax County committed a turnover on its first play from scrimmage leading to a GW-Danville touchdown, and the Eagles went on to a 45-7 win at Tuck Dillard Memorial Stadium on Friday.

Halifax County averted a shutout with a 52-yard touchdown pass from Dakii Chandler to Wyatt Nelson with less than five minutes remaining in the game, and Jacob Crews’ extra point made it 45-7.

A slow start on offense by the Comets, compounded by a turnover and special teams miscues led to GW taking a 19-0 lead after one quarter.

GW held a 33-0 lead at halftime and a 39-0 advantage after three quarters.

The loss came despite a more complete team effort by the Comets in the second half, including Chandler’s scoring pass to Nelson, the defense stopping a GW drive on downs inside the 10-yard line, and Halifax defensive end Tucker Harris blocking a GW field goal attempt.

As they did in their loss against Bassett High School, special teams miscues and turnovers hurt the Comets’ chances, but head coach Rob Senseney saw some positives, particularly in the second half.

“We’re starting freshmen all over the place,” added Senseney.

The lack of practice time and COVID-19-related delays continue to cost his young team, according to Senseney.

“We talked to the kids about not giving up, keep fighting, keep going, but we need a year in the weight room, we need an off-season, and we need a bunch of stuff we just didn’t get,” he explained.

“It falls on me in the end to make it work, and I take responsibility for it.”

The Comets’ defense had halted a 14-play drive by GW on downs in the game’s opening possession but lost a fumble on their first snap of the game.

It took the Eagles three plays to score on a quarterback sneak by Jackson Byrnes from three yards out, and Byrnes added a 26-yard run to end a four-play drive after a short punt by the Comets, and a special teams miscue by Halifax on its next possession gave GW the ball at the Halifax 20-yard line.

Byrnes hit Zavion King with 37-yard touchdown pass, and Daniel Deandra added the extra point to make it 19-0 after one quarter, and the Eagles converted a fumble recovery at the Halifax 20-yard line into a 12-yard scoring run by Willie Edmunds, with another extra point from Deandra making it 26-0 early in the second quarter.

Edmunds scored on a 12-yard run and an 8-yard run, followed by extra points from Deandra to make it 33-0 at halftime. Thiry-five-yard and 14-yard scoring runs by Edmunds and Razavier Carter in the fourth quarter gave GW it’s final points.

Halifax County used two quarterbacks during the game, with Kam Roberts going 4-5 for 14 yards in the first half, and Chandler going 9-15 for 96 yards in the second half, including the touchdown pass to Nelson.

“We had several stops deep, and we blocked a field goal,” noted Senseney,

“It was a good effort, but we’re thin, and we had to play more kids both ways.

“Right now, we have some issues up front we have to fix. We have to continue to bang away at it, and that’s all we can do.”