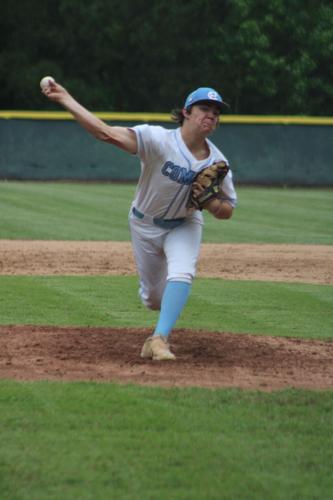 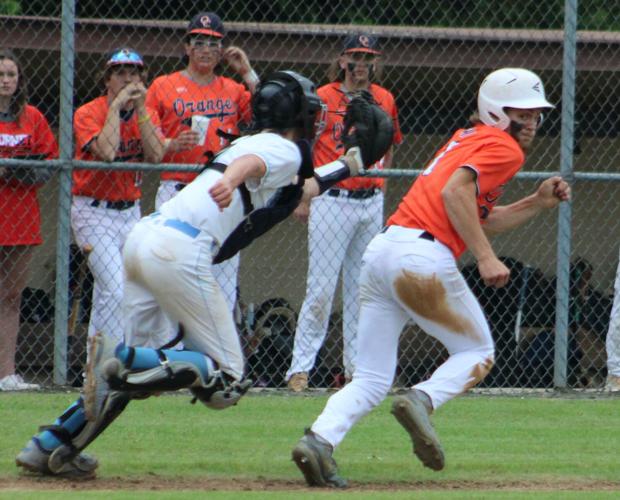 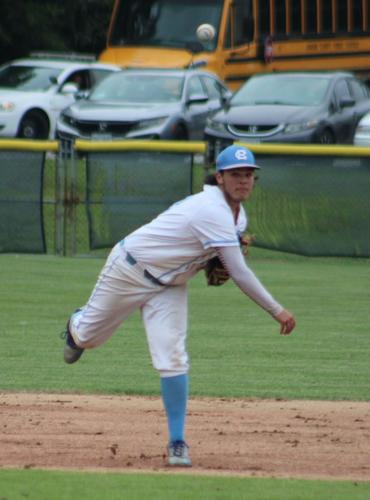 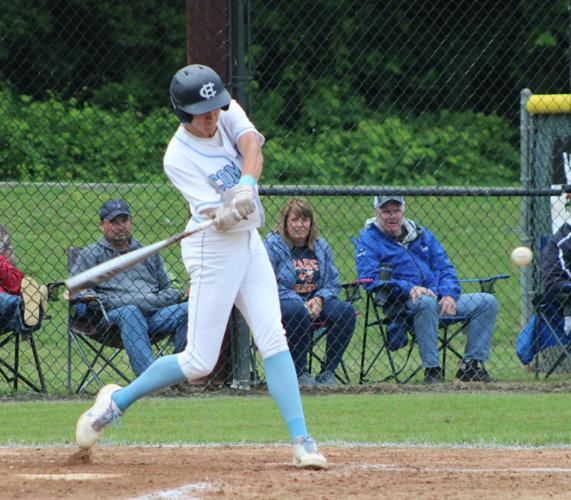 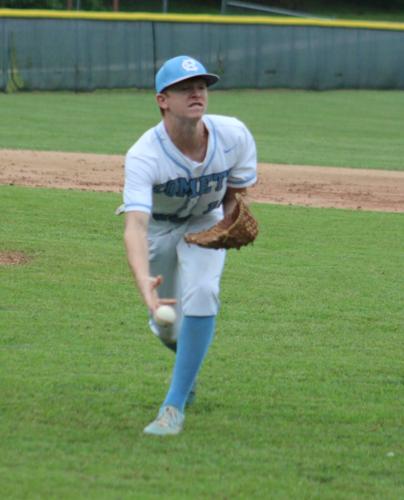 Halifax County High School Comet Colin Saunders (10) runs in to field the bunt beside the mound and under hands the throw to first base for the out in the Comets’ 3-0 loss versus Orange County High School in the regional quarterfinals on Wednesday.

Halifax County High School Comet Colin Saunders (10) runs in to field the bunt beside the mound and under hands the throw to first base for the out in the Comets’ 3-0 loss versus Orange County High School in the regional quarterfinals on Wednesday.

After winning the Piedmont District championship a week ago the Halifax County High School varsity baseball team’s season came to an end with a 3-0 loss to Orange County on Wednesday in the regional quarterfinals.

Two pitchers combined to hold Orange County to just four hits, however, small ball pushed three runs across the plate for the Hornets.

The loss ended the Comets’ season after going 13-6 in the regular season and 2-1 in the postseason winning a Piedmont District championship.

“We had a good season, sometimes you have to hand it to another team and pitcher. Orange County played a great game, and we missed some opportunities,” said head coach Kenneth Day.

Although Orange County shut out the Comets, Halifax recorded a total of six hits, two more than the Hornets, but couldn’t get runs across the plate.

It is not as if the Comets couldn’t hit the ball as everyone made contact but just hit it right to their defenders.

Of the 29 batters the opposing pitcher faced, he only struck out three batters and walked one. A total of 25 Comet batters made contact, forcing Orange County to make plays.

Many of the Comets made solid contact sending the ball deep into the outfield, but the Orange County outfielders were quick tracking down the ball and recording the out.

Trey Comer started on the mound for the Comets and threw five innings. He allowed two hits, one unearned run, one walk and struck out three batters.

Hatcher took the bump in the sixth inning to pitch the final two innings. He allowed two hits, two runs and struck out two batters.

Orange County got on the board first in the fifth inning and never looked back thanks to a leadoff single, followed by a sacrifice bunt and an error pushing a run across the plate.

Two singles in the bottom of the second inning and fifth inning were the only opportunities the Comets had to push a run across the plate.

In both innings those singles came with two outs and Orange County secured the third out without giving up a score.

“Hopefully this will be a steppingstone and building block for next year. We always want to be the last team standing, every single year,” Day concluded.

After winning the VHSL 4D regional tournament last year and winning the Piedmont District tournament this year, the Comets are built for success and are already looking ahead to next season with the goal of winning on their minds.