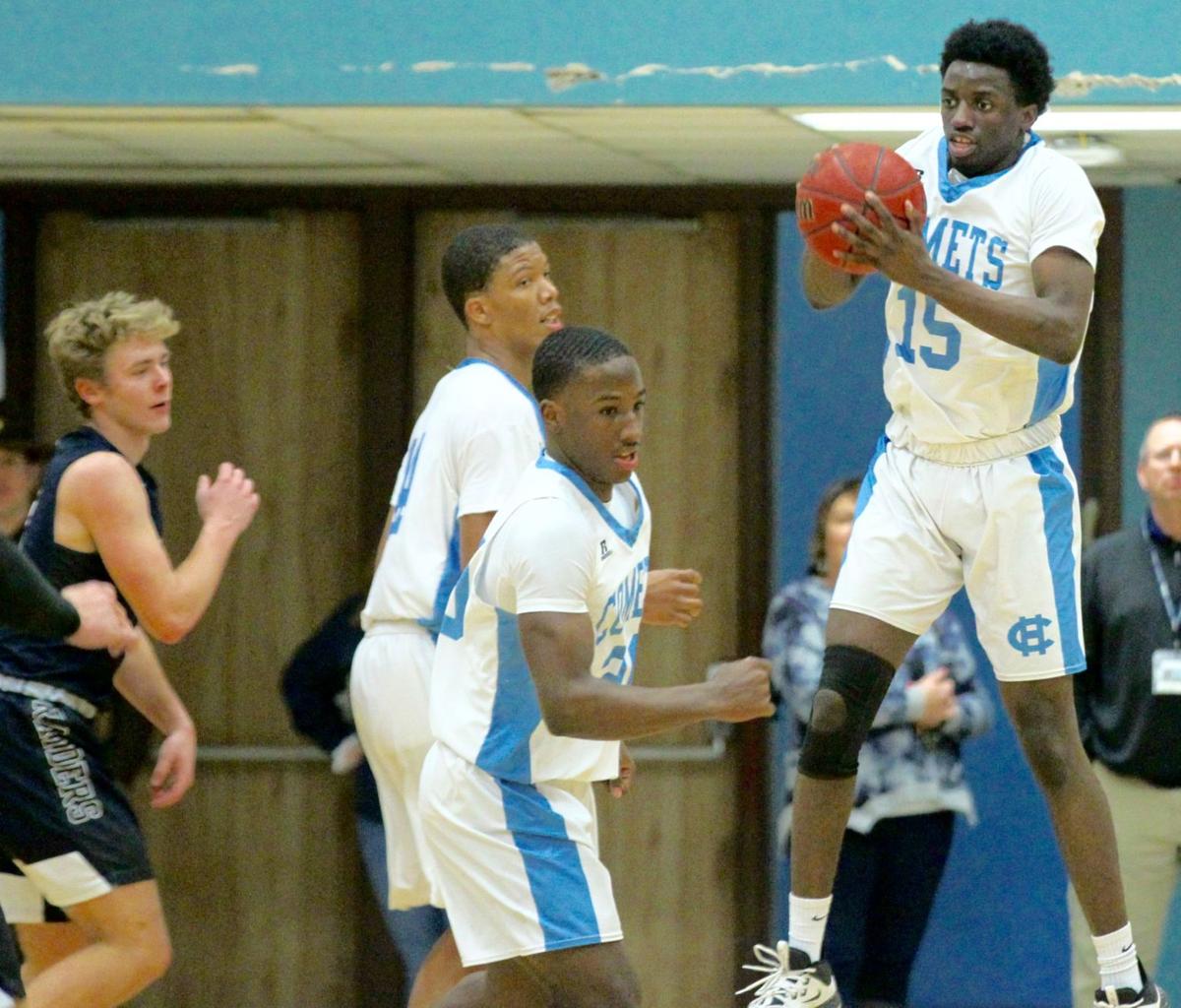 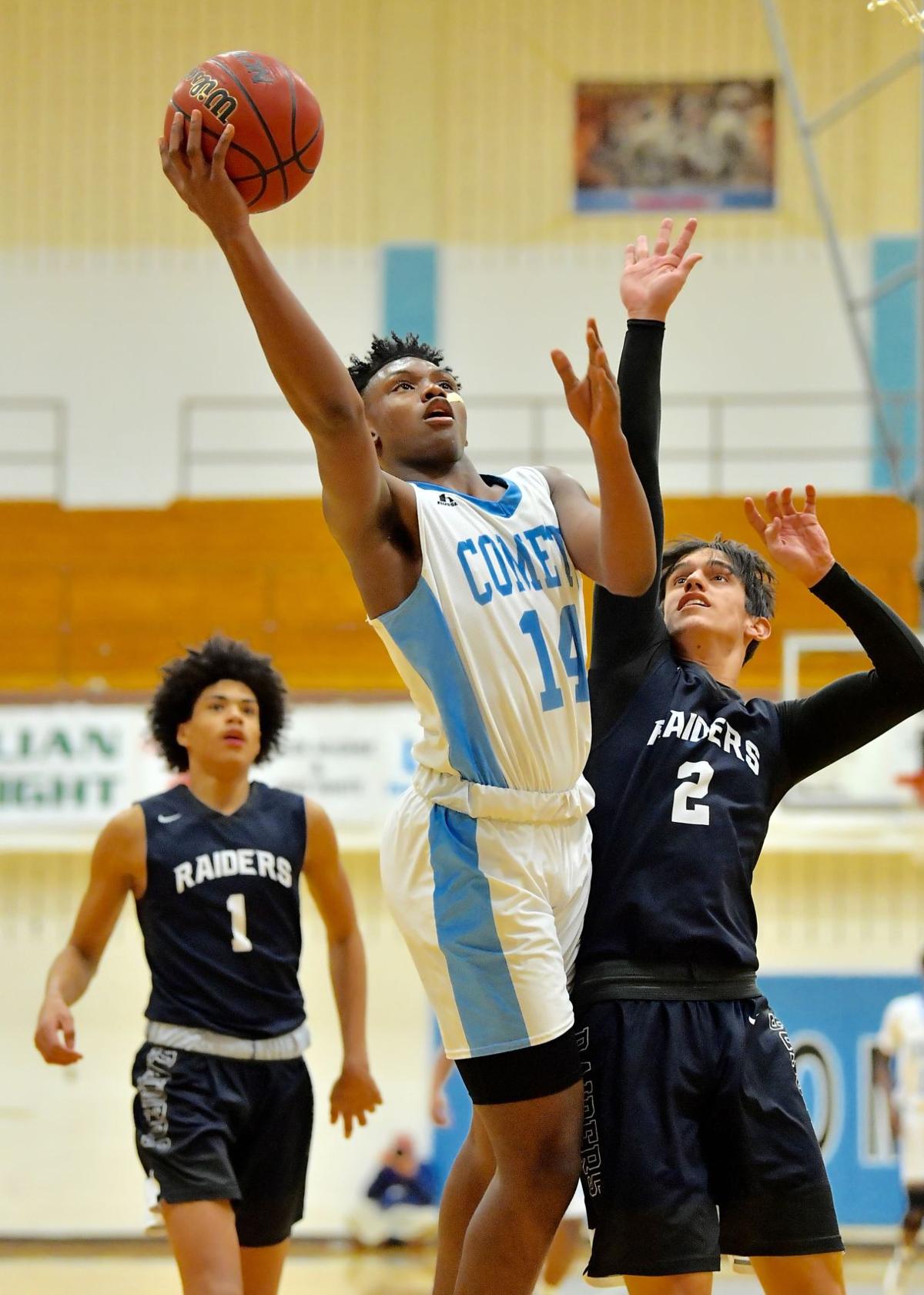 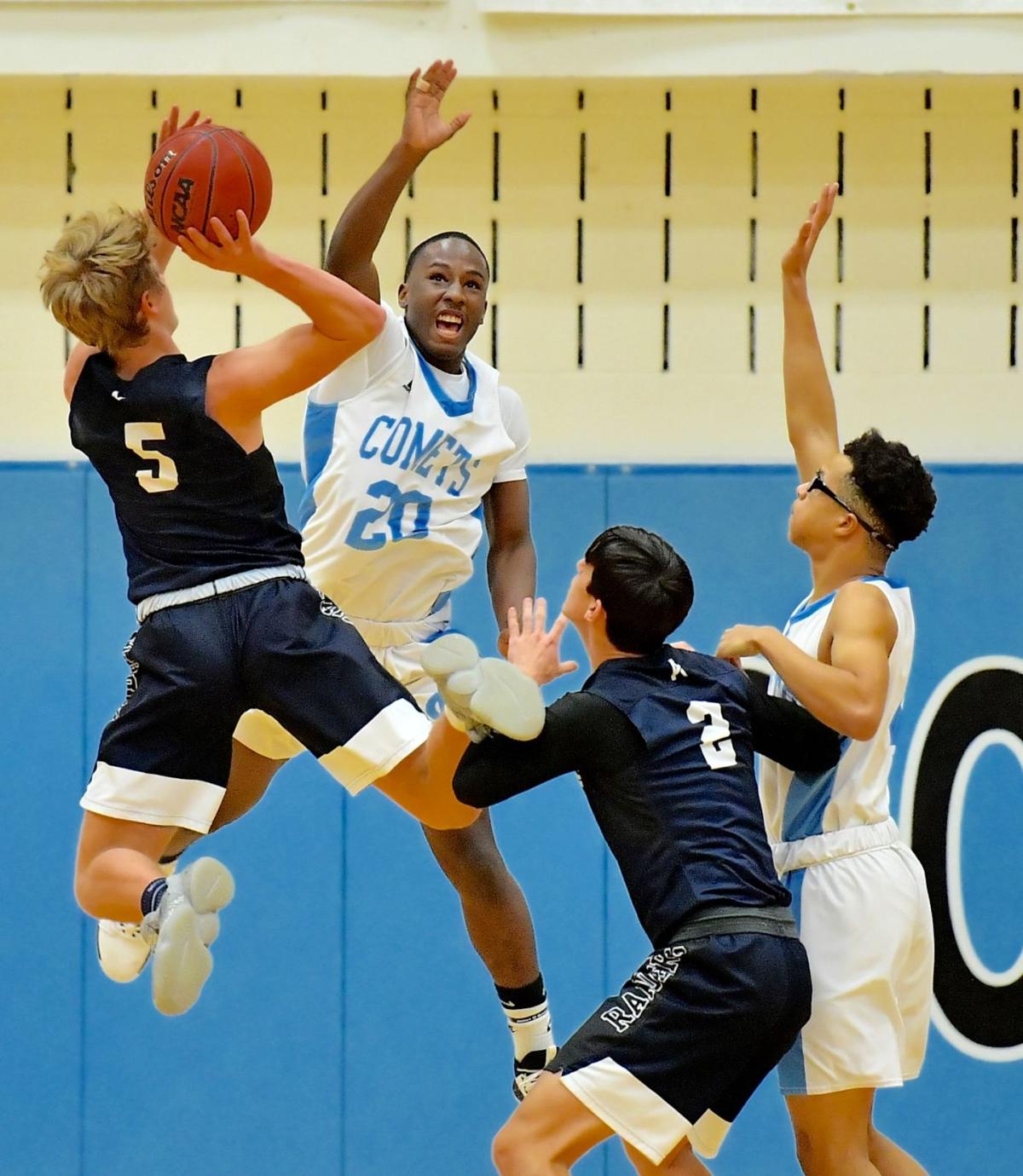 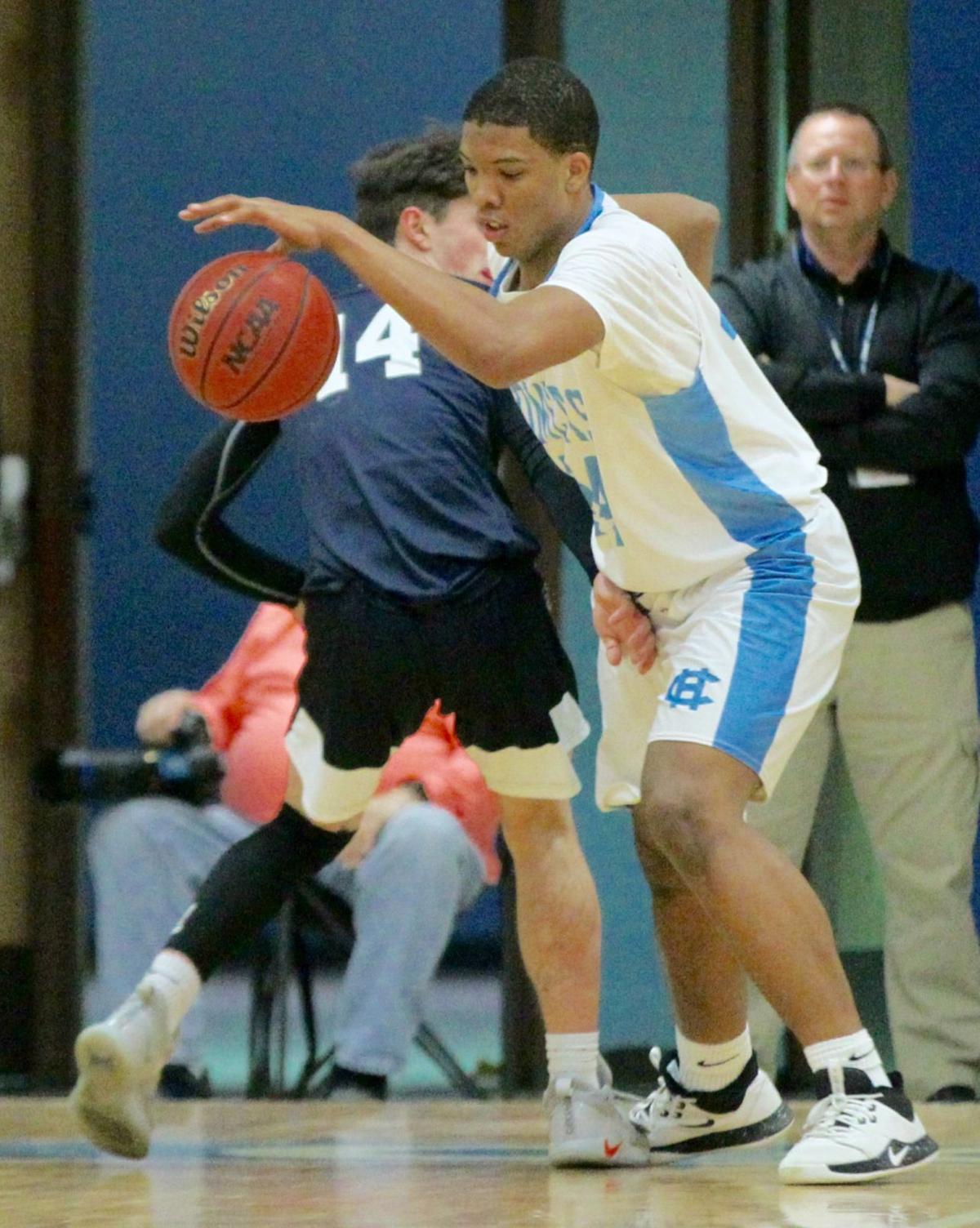 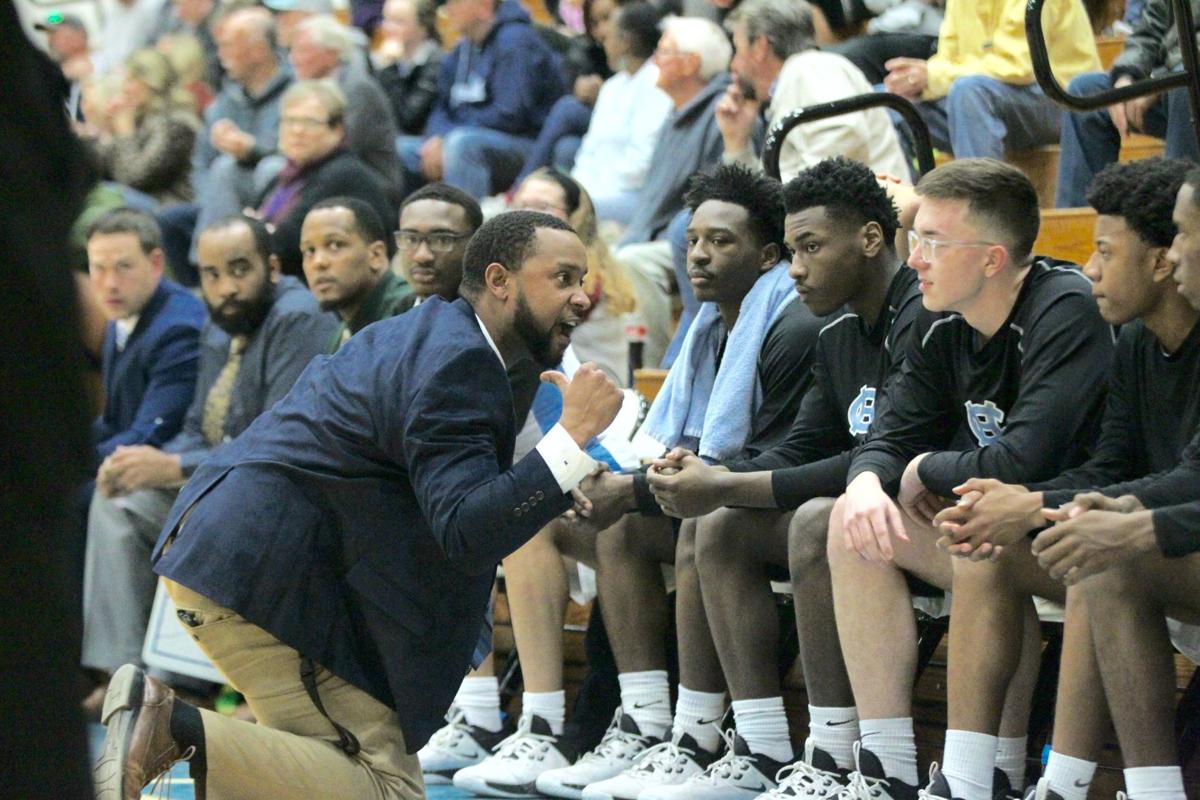 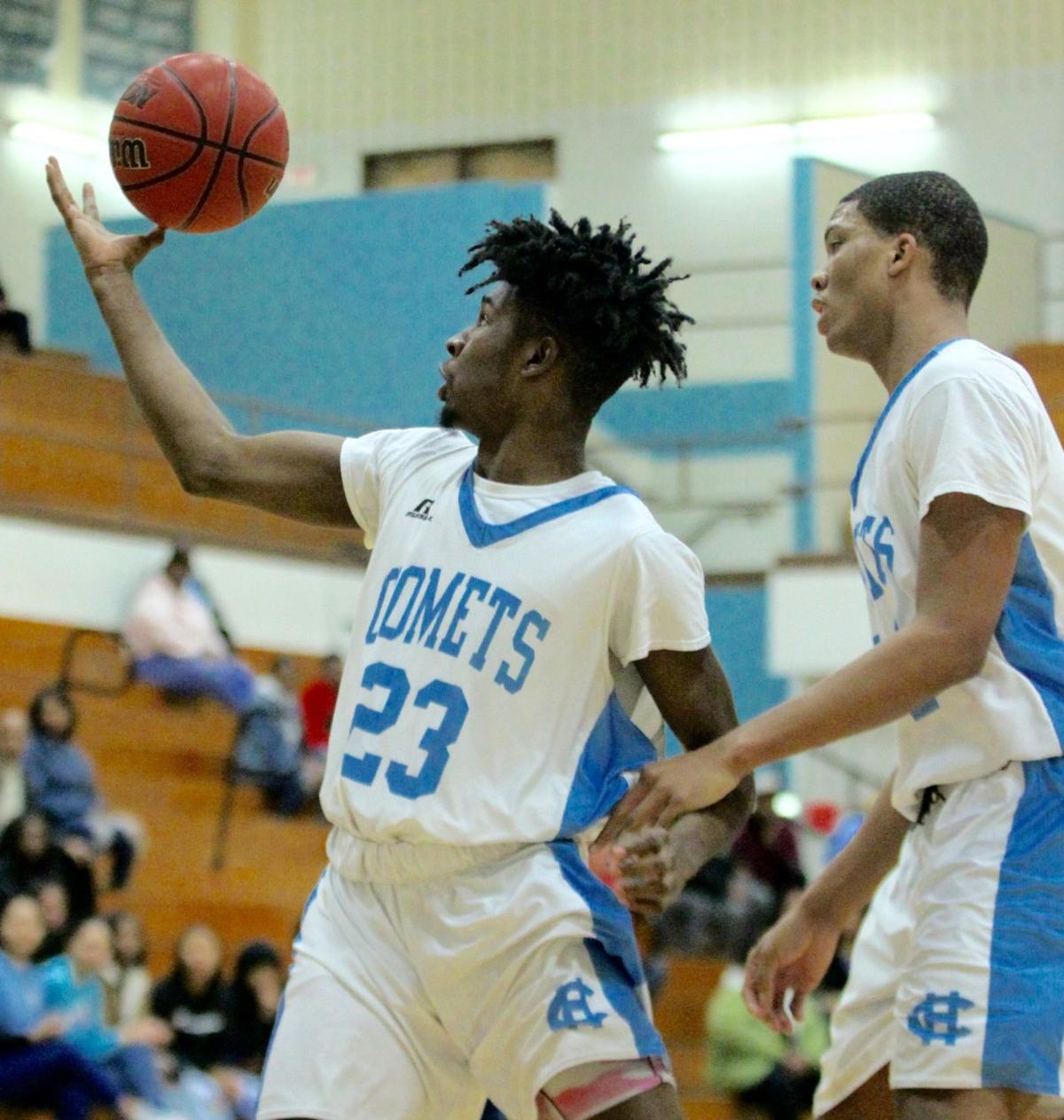 It’s probably a good thing the Halifax County High School varsity boys basketball team didn’t have a lot of time between games this week, and game memories can be short.

“It’s a slice of humble pie for us,” Comets head coach Sterling Williams remarked in the wake of the loss that came with the team playing without starters Jhamad Lawson and Keshawn Wells, both of whom have been sidelined this week with injury and illness.

“It (the loss) kind of reels us back in and gets us back to where we need to be as far as working hard and getting after it every day.”

Kameron Roberts, Kevon Ferrell and Jaden Waller reached double figures in the scoring column for the Comets, with the trio accounting for all but seven of the team’s 49 points. Roberts finished the night with a team-high 18 points, scoring nine points in each half. Ferrell scored 13 points that included a trio of 3-point buckets, and Waller followed with 11 points. Zach Carter scored four points and Davon Jennings scored three points.

A 3-pointer from Tyler Gilliam with 5:38 left gave the Raiders a four-point edge. The Raiders extended their lead to eight points at 51-43 with 1:12 left, and the closest the Comets were able to get down the stretch was four points.

Halifax County High School appeared to have things going its way when it put together a 7-3 run over the first three minutes of the second half with five points from Roberts and a basket from Waller. That run put the Comets up by six points at 30-24.

Appomattox County High School responded with eight unanswered points to regain the lead at 32-30 and put the game back into a see-saw mode. The Comets never regained the sort of traction they needed to gain a comfortable lead.

Halifax County High School had an uncharacteristic 17 turnovers in the game as compared to 10 for the Raiders.

“It was kind of an ugly game, and we turned the ball over way too much,” Williams pointed out.

“It’s not about wins and losses,” Williams added.

“It’s about how you play. We didn’t play well, and a good team beat us. We didn’t play well Tuesday, but we were able to win. We were more athletic than Park View, Bassett, Patrick County, and some of those teams. Even in those 14 wins, there were games where we could have been a lot better.

“You can play badly and beat those teams,” continued Williams, “but when you’re playing against a good team that is older and senior-led you have to bring it every night.”

For Williams and the Comets, thoughts turn to Friday night’s key Piedmont District game in front of their home fans.

“We want to get a win in that one,” Williams said.

“They (GW) will be looking to try to get us back since we beat them up there.”

The Comets may continue to face some adversity on Friday against GW.

“We’re licking our wounds a little bit, trying to get guys back healthy. We’ve got to have some guys step up. When a guy goes down, the next one has to step up. That’s what we’re looking for from the guys on the bench – someone to step up. We’ve got to find those guys that are going to step up and give us good minutes until we can get these guys (Lawson and Wells) back.”