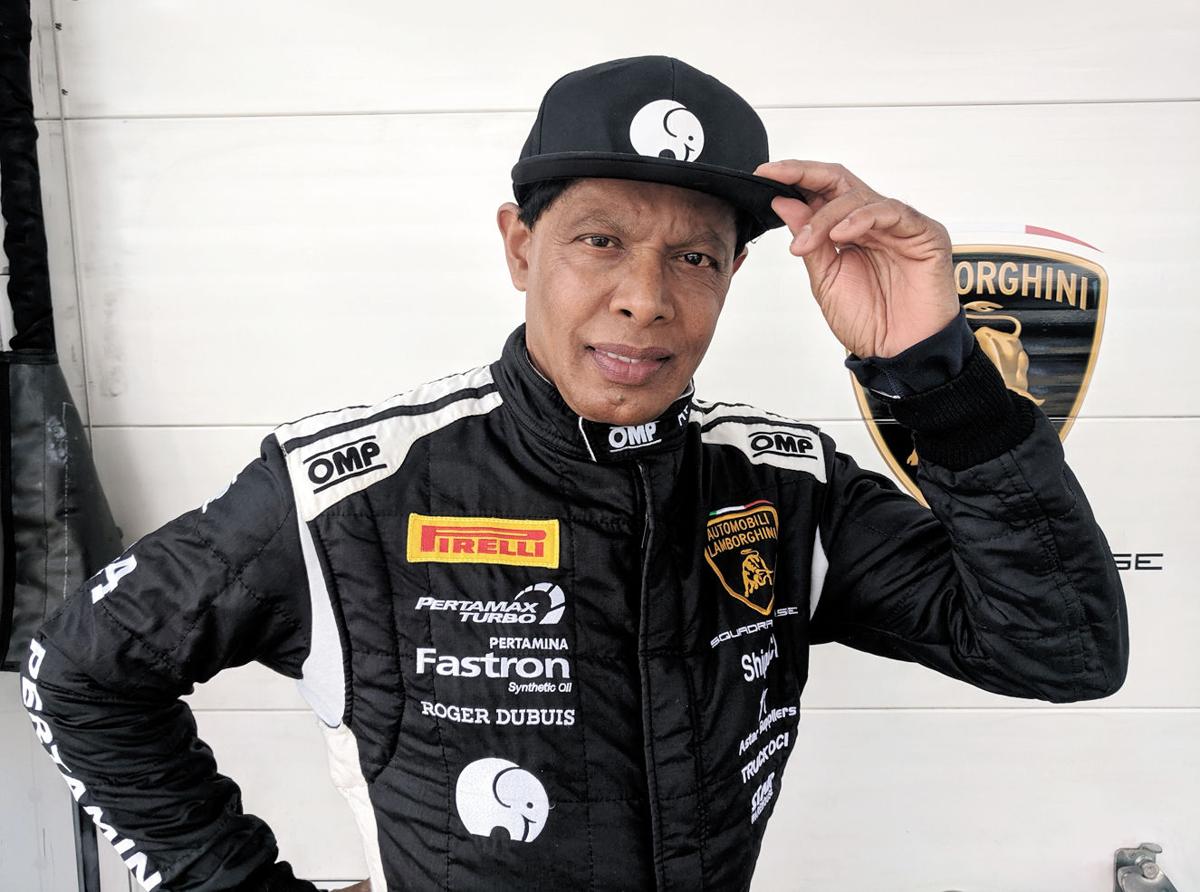 IMSA Lamborghini Super Trofeo North America Series driver Ron Atapattu, a tea lover and elephant activist, is one of many drivers with interesting backgrounds that will be competing this weekend at VIRginia International Raceway. 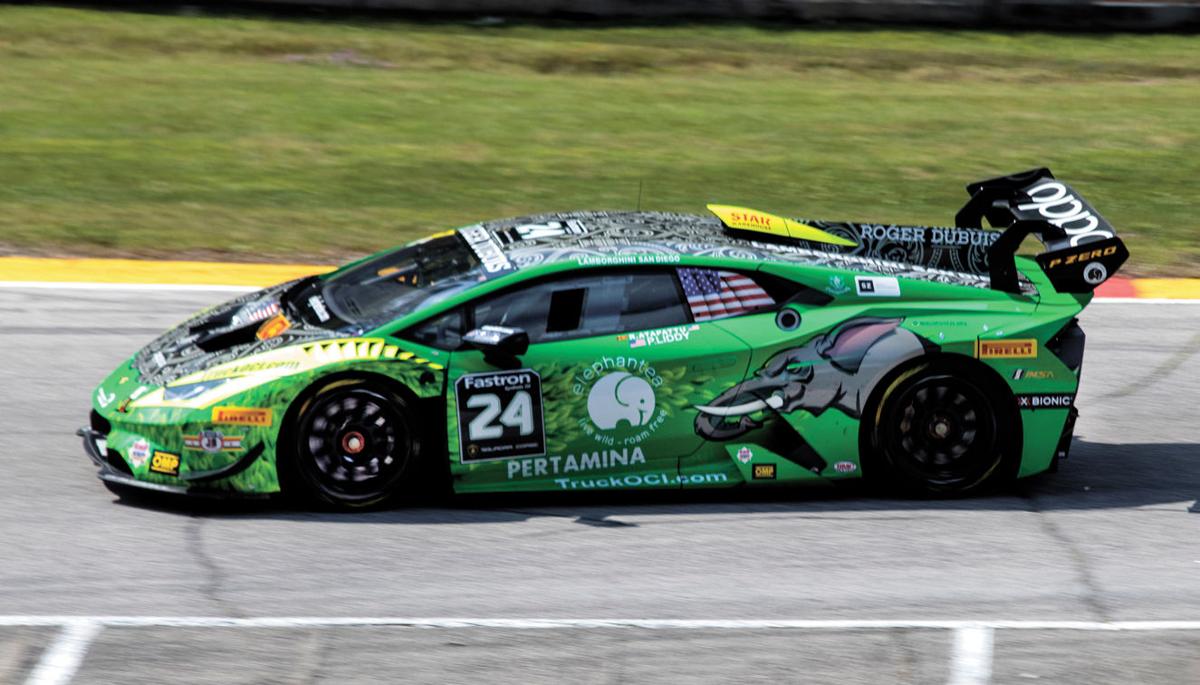 Ron Atapattu speeds down a straightaway in the No. 24 elephantea/ShipOCI/ Lamborghini of La Jolla Lamborghini Huracan Super Trofeo EVO entry during a race earlier this season.

IMSA Lamborghini Super Trofeo North America Series driver Ron Atapattu, a tea lover and elephant activist, is one of many drivers with interesting backgrounds that will be competing this weekend at VIRginia International Raceway.

Ron Atapattu speeds down a straightaway in the No. 24 elephantea/ShipOCI/ Lamborghini of La Jolla Lamborghini Huracan Super Trofeo EVO entry during a race earlier this season.

There are many interesting little known behind-the scenes stories among the drivers and team owners that compete in IMSA. One of those belongs to IMSA Lamborghini Super Trofeo North America Series driver Ron Atapattu, who will compete in the series this weekend at VIRginia International Raceway at Alton.

Atapattu launched his return to professional racing in the 2019 IMSA Lamborghini Super Trofeo North America Series with the exciting platform to market his elephantea, a premium tea company and elephant conservation awareness programs through his eTeaRacing effort.

Team owner, Shane Seneviratne, is also from Sri Lanka and shares Atapattu’s appreciation for the native Sri Lankan elephants, along with an affection for racing.

Atapattu first started racing professionally in June 1996 as the only U.S. driver out of 28 in the unique Lamborghini Diablo SVR No. 24 in a special race prior to the 24 Hours of Le Mans. He continued to compete in the Stephane Ratel Organization (SRO) Lamborghini Super Sport Series for five more years as the only American entry.

He competed in various IMSA races until 2003 when business commitments curbed his racing career. His return to racing Lamborghinis, and IMSA is a bridge between the past and future.

Atapattu is the only current driver in the IMSA Lamborghini Super Trofeo Series who previously competed in the Super Sports Series. Ron recently collected his first podium finish of the 2019 season with a second-place finish at Road America in early August.

Atapattu was born and raised in Sri Lanka, and is a descendant of generations of tea lovers and elephant activists. He exposed his daughters, Shani and Sarah, to his love of Sri Lankan culture and his commitment to preserving its beauty for generations to come.

After Shani got married, Atapattu was even more committed to passing along the family’s rich history of the beautiful Sri Lankan land and his love of the elephants of his native homeland. On the one-year anniversary of Shani and her husband, Rich, Atapattu’s gift to the newlyweds was a trip to Sri Lanka with him.

While in Sri Lanka, the family became immersed in the vibrant culture of the island and exposed to the many delicious varieties of native Ceylon tea. Atapattu, an avid tea drinker, made sure to educate his family on the differences in the many assortments, the superior quality and the historical tradition of the Ceylon tea.

After traveling through Sri Lanka’s beautiful Golden Valley and witnessing the actual processes involved in the production of a world-class tea, daughter Shani was smitten with all that was a part of her heritage.

Atapattu also planned an educational trip and adventure into the deep brush in order for the family to enjoy the rare opportunity to observe wild elephant herds roaming through the verdant rainforests and jungles of Sri Lanka.

It was during these breathtaking moments in the wild that Shani learned the sad reality that Asian elephants are severely endangered, with only an estimated 50,000 Asian elephants remaining worldwide and only a few thousand of those left in Sri Lanka.

Moved by her experiences and feeling the need to create awareness and proactive change, Shani approached her father about founding a socially-responsible tea company to assist in the conservation of Sri Lankan elephants. After traveling back to the United States, she worked feverishly to grow what was only a dream into what now is a movement to create change: #SipTeaSaveElephants.

With Shani at the helm, elephantea is dedicated to not only bringing its customers a ground-breaking selection of hand-picked, organic Ceylon teas from Sri Lanka, but also committed to raising awareness of the plight and conservation efforts of Sri Lanka elephants.