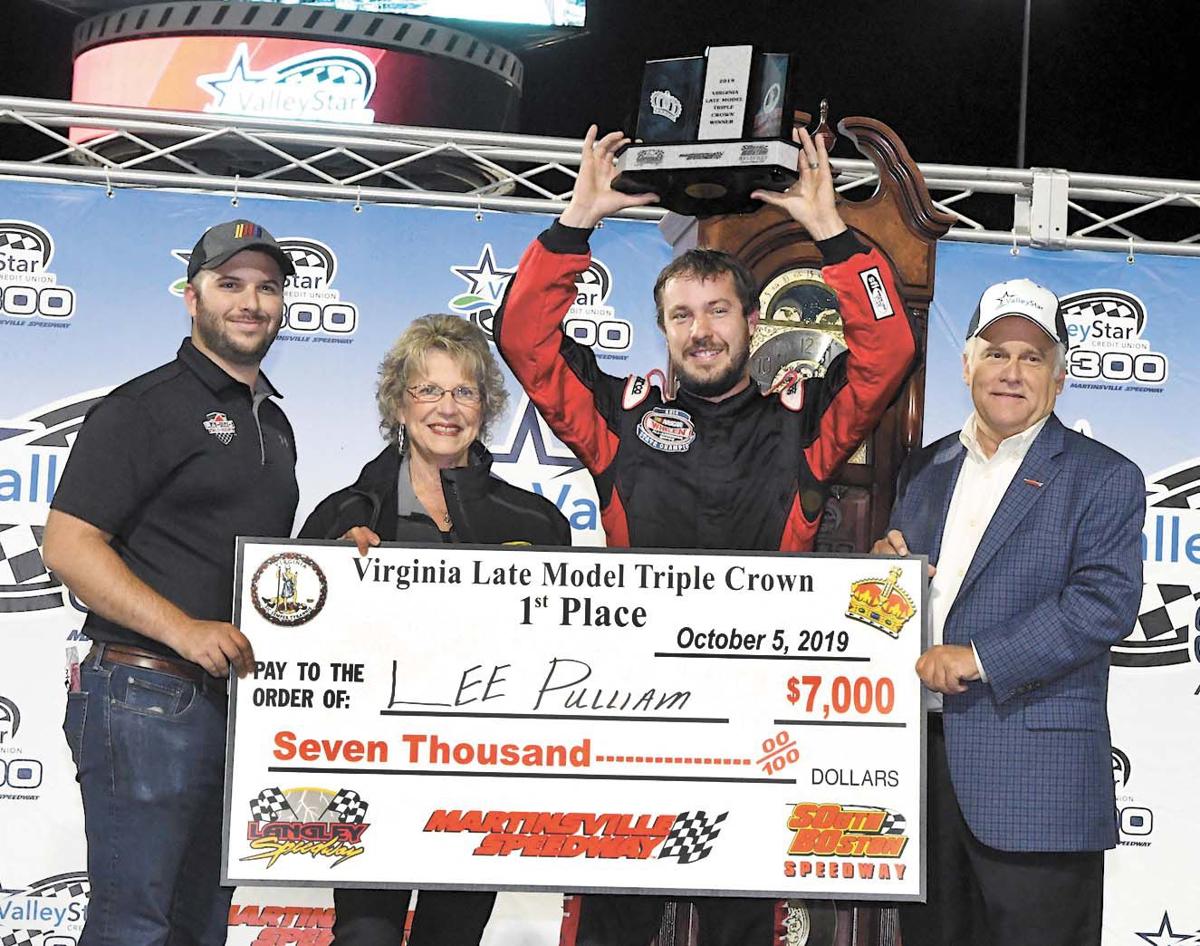 Teenager Taylor Gray takes a wild ride as his car (17) barrel-rolls on the backstretch after making contact with another competitor’s car during the 200-lap feature race of Saturday night’s ValleyStar Credit Union 300 NASCAR Late Model Stock Car race at Martinsville Speedway. Gray was not injured in the crash. 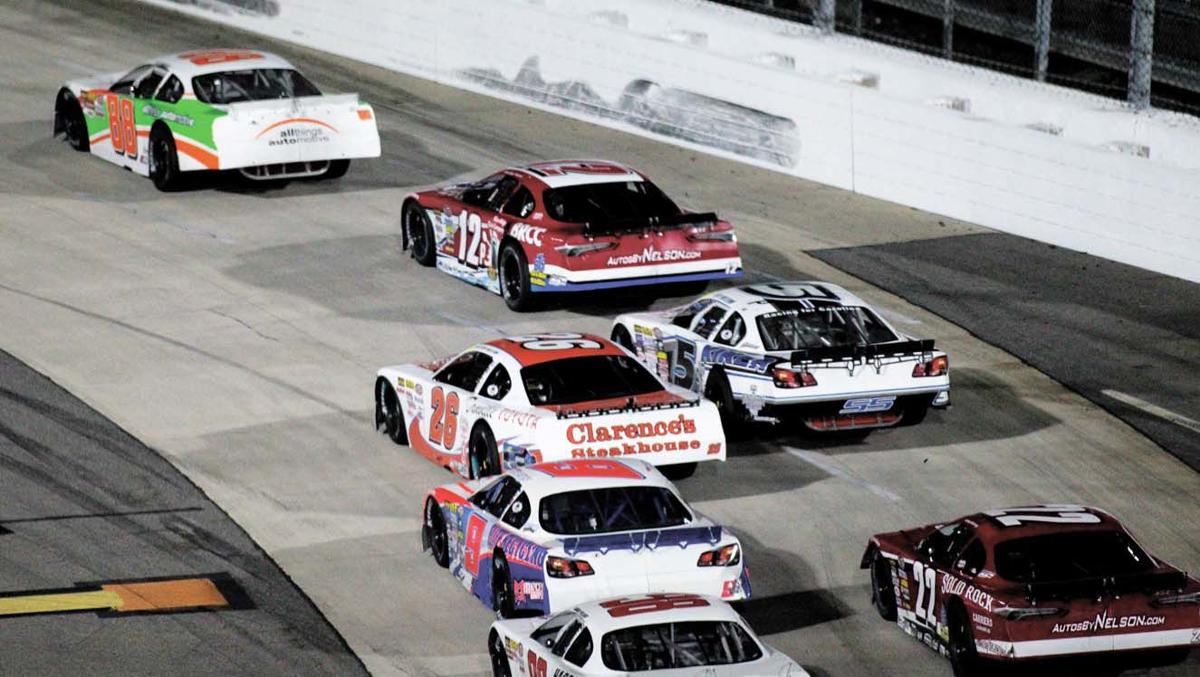 Teenager Taylor Gray takes a wild ride as his car (17) barrel-rolls on the backstretch after making contact with another competitor’s car during the 200-lap feature race of Saturday night’s ValleyStar Credit Union 300 NASCAR Late Model Stock Car race at Martinsville Speedway. Gray was not injured in the crash.

Josh Berry was in contention to win last year’s ValleyStar Credit Union 300 at Martinsville Speedway, only to see his hopes dashed by an accident in the closing laps.

He made sure that didn’t happen again Saturday night.

Berry, driving for JR Motorsports, dominated the 200-lap feature race of the ValleyStar Credit Union 300, leading all 200 laps to win his first career race at Martinsville Speedway. The win was worth $44,000 to Berry who won all of the race’s major awards including the pole award, both stages of the race, and all of the lap leader bonus money.

“It’s unbelievable,” Berry said when informed of his prize winnings.

“I don’t know what to say. Hearing those numbers, I’m speechless.”

Berry said lessons learned from his experience in last year’s race made the difference.

“I went home after the race and studied restarts and what I could have done better and just really focused on that at the end. A lot of times these things come down to restarts at the end. I was fortunate enough to get clear. The two behind me were racing, so I was able to build a gap.”

As he had managed to do throughout the race, Berry was able to quickly put a gap on his challengers as Timothy Peters, Peyton Sellers and Lee Pulliam fought for position when the green flag waved the last time with six laps left in the race.

Pulliam was able to muscle his way around Peters with a lap to go to take second place, 2.244 seconds behind Berry. With the move and the gain of that one position, the Alton resident won the Virginia Late Model Triple Crown and the $7,000 prize that goes with it.

“Timothy and I had a heck of a battle,” Pulliam said.

“I had to race him hard, because I needed that one position to beat Peyton. Peyton had a win on me, and if we had tied, he would have won it.”

The Virginia Late Model Triple Crown is awarded to the driver with the highest average finish in the Thunder Road-Harley Davidson 200 at South Boston Speedway, the Hampton Heat at Langley Speedway, and Saturday’s race at Martinsville.

Saturday marked the fifth time Pulliam has had to settle for the runner-up spot in the country’s richest and most prestigious NASCAR Whelen All American Late Model Stock Car race.

“Sometimes it’s frustrating when you lose a race, and you have a winning car,” Pulliam pointed out.

Peters said he had a good car, but not as good a car as Berry.

“Our race was good,” Peters noted.

“It (the car) wasn’t as good as Josh’s but congrats to him. That’s a good old southern backside kicking right there.”

The race turned out to be a heartbreaker for Trey Crews of Halifax, who started 12th on the grid. Crews was sitting in fifth place when the race’s final caution flag waved with 11 laps to go. Unfortunately, Crews’ car stalled with eight laps left during the caution period and would not refire. He was credited with a 22nd-place finish.

Colin Garrett of Elmo was the top finisher among local drivers, coming home 11th. Stacy Puryear of South Boston was running in the top 15 for much of the night and had gotten as high as 11th, before he was sidelined with engine problems 19 laps from the finish.

Austin Thaxton of South Boston started last in the field and managed only four laps before retiring his car with a mechanical issue. He finished 39th in the 40-car field.

The race was slowed by multiple mishaps, the most serious one coming on lap 132 involving teenager Taylor Gray. Gray’s car flipped on the backstretch after making contact with another competitor’s car in the second turn. Gray’s car came to rest on its top. The young driver escaped injury.

“It’s unfortunate,” Gray said, “because we had a really good car. It started rolling, and momentum took me more and more.”

That incident resulted in the race having to be stopped for 30 minutes.

w Area drivers advance in qualifying races: Garrett advanced to the feature race with a seventh-place finish in the opening 50-lap heat race.

Mike Looney won the race, edging Matt Leicht and Jacob Heafner in a two-lap dash to the finish that followed the race’s seventh and last caution period.

Bruce Anderson of South Boston appeared to be well on his way toward advancing to the 200-lap feature race. He was sitting in third place on a restart with five laps to go but was tagged by another car and spun between turns one and two.

Anderson retired the damaged RacingCollege.com entry out of the Patrick Henry Community College and was left with a 22nd-place finish in the 23-car field.

Puryear, last year’s ValleyStar Credit Union 300 pole winner, advanced to the feature race with a fifth-place finish in the second of the day’s 50-lap heat races. Thaxton finished 10th in the race and earned the final transfer spot.