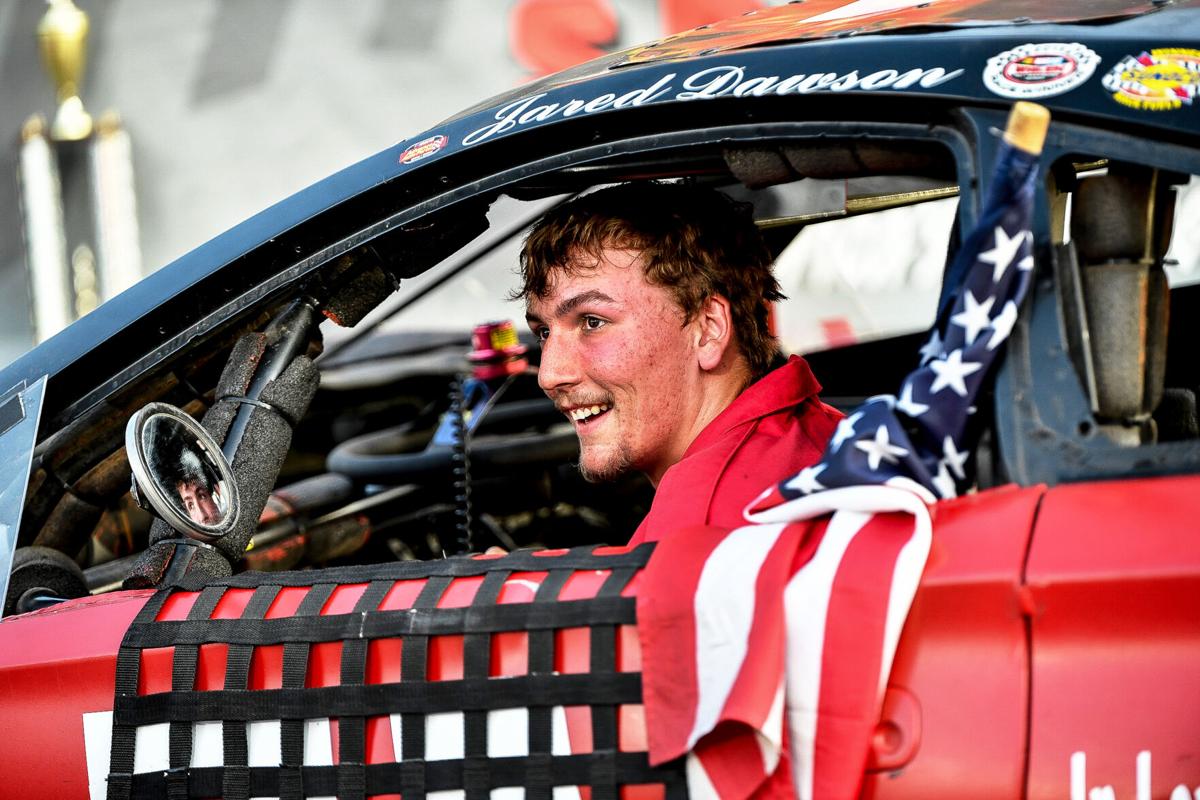 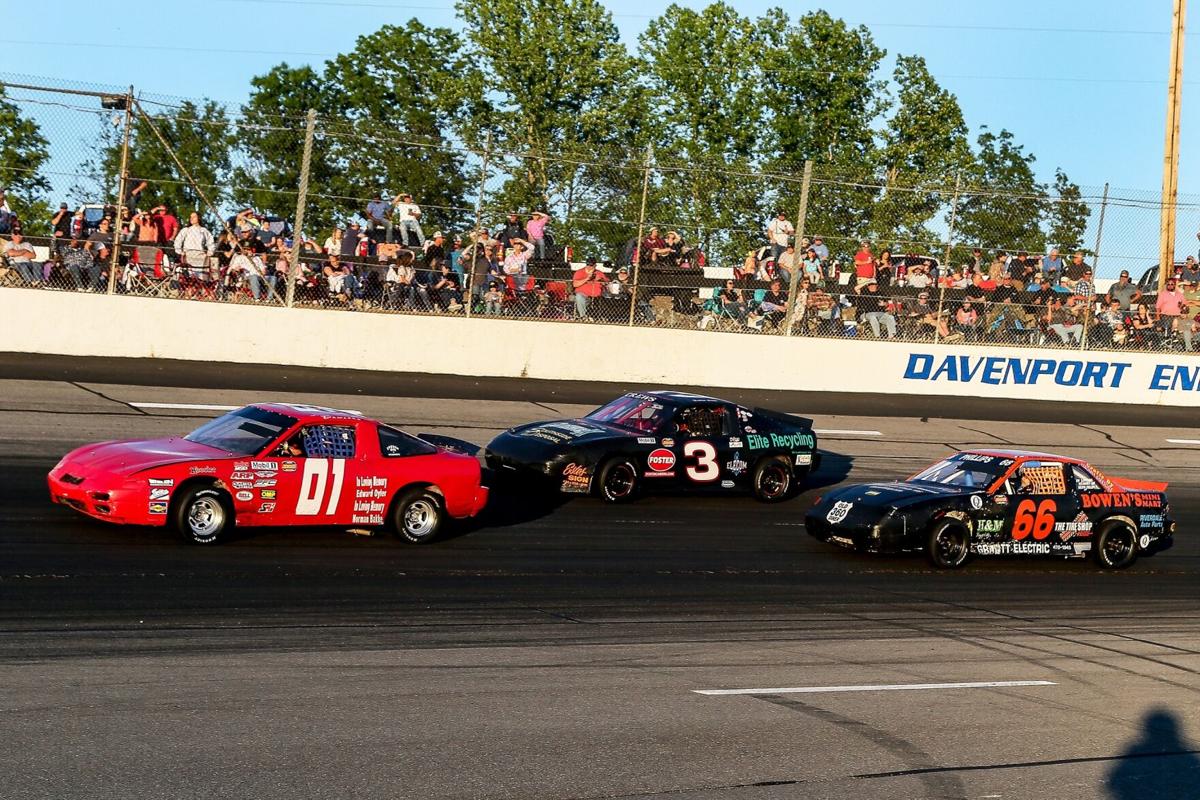 Jared Dawson (01) leads Nathan Crews (3) and Scott Phillips (66) into the fourth turn during one of this season’s Budweiser Pure Stock Division races at South Boston Speedway. Dawson had a good season, winning Rookie of the Year honors in the division.

Dawson says winning the Rookie of the Year title in the Budweiser Pure Stock Division is a big accomplishment.

“It’s a great honor,” Dawson said. “Racing in the Pure Stock Division was the best racing I’ve ever done. It’s real competitive out there. It means a lot to me.”

Dawson had no idea it would be possible to win Rookie of the Year honors.

“I didn’t think I had a shot for it, just because it was my first year and I was trying to learn and trying to compete against the guys in the division,” Dawson pointed out.

Dawson compiled a solid record while competing in the Budweiser Pure Stock Division, a division that was top-heavy with experienced drivers. He finished eighth in the final division point standings with four Top-Five finishes and never finished outside of the Top-10.

“Racing in the Pure Stock Division was a big learning experience for me,” Dawson remarked. “It’s really tough in that division trying to race with the 3 car (division champion Nathan Crews), the 9 car (division runner-up Johnny Layne) and my brother (Justin Dawson). It’s real tough racing those guys.”

That is a stellar record considering he was racing different cars each race night, going back and forth between the front-wheel drive Hornets Division car and the rear-wheel-drive Pure Stock Division car.

“It took me a lap or two to adjust to the different car,” added Dawson.

“After a lap or two I could get into my groove and race the race.”

“I really wanted to go out there and race my brother in the Budweiser Pure Stock Division,” Jared Dawson said. “That’s what we’re out here for – racing each other. I like racing my brother, my cousin and everybody. It’s the family going out here racing and having fun. This really is the only quality time we get together. The main reason we are out here is to have fun and spend quality time with our family.”

The 2022 season will be another season of learning for Dawson as he plans to move up the racing ladder.

“I was going to race in Pure Stock for a couple of years but we ran across a really good deal on a Late Model car,” Dawson explained. “We ended up selling the Pure Stock car got a Late Model, and I’m going to run that some next year.”

Special events on the tentative 2022 season schedule include an event on April 2 for the SMART Modified Tour and the recently announced Sentara Healthcare American Sprint Car Weekend on April 29-30 featuring the first-ever races for 410-winged sprint cars at South Boston Speedway.

The track’s showcase 200-lap Late Model Stock Car race on July 2, the official celebration of the track’s 65th anniversary on Aug. 6, and an event for the Solid Rock Carriers CARS Tour on October 22 featuring the series’ Late Model Stock Car and new Pro Late Model divisions are also among the special highlight events for the 2022 season.

The tentative 2022 South Boston Speedway schedule can be found on the speedway’s website, www.southbostonspeedway.com.

Chandler is director of public relations for South Boston Speedway.