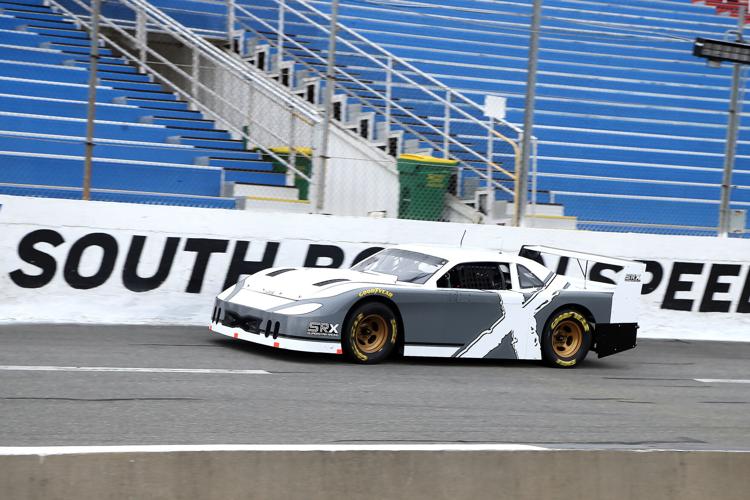 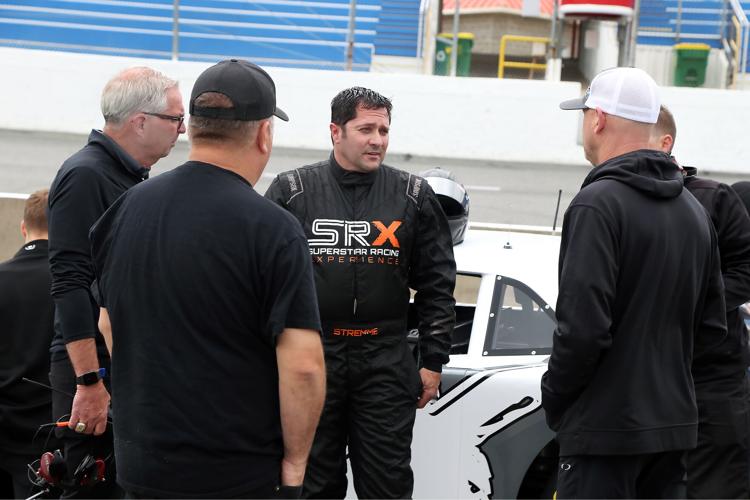 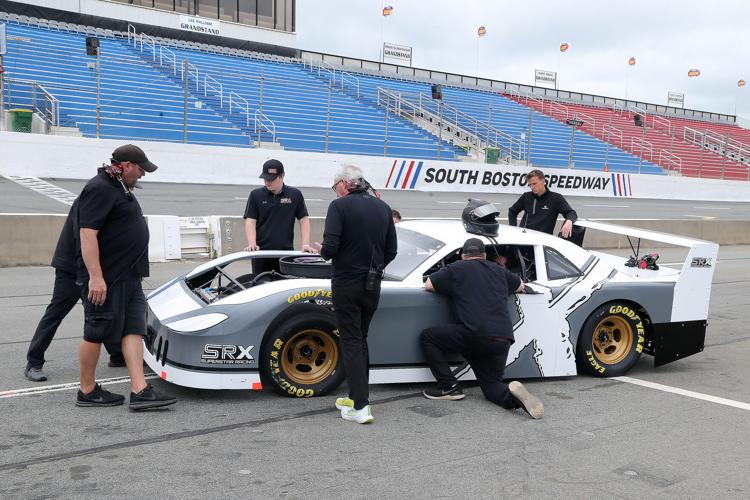 SRX (Superstar Racing Experience) series crew members and technicians make adjustments to the SRX car during the series’ closed testing session last Thursday at South Boston Speedway. Former NASCAR Cup Series, Xfinity Series and Truck Series driver David Stremme was behind of the wheel of the car for the testing session. SRX team members were working to dial in the SRX car for the June 25 SRX series event at South Boston Speedway.

“When I signed up for this deal and I took a look at the schedule and saw South Boston, I was like ‘been there, done that, I need a bologna sandwich, let’s go,’” SRX CEO Don Hawk said with a smile. “Working with the Mattioli Family, the ownership group of South Boston Speedway and Pocono Raceway, is rich history for me personally.

“It should be a great show,” Hawk continued. “We have some of the best drivers in the United States. We have different disciplines of drivers from IndyCar to NASCAR. It’s a great representation of talent, and we have this car. The car is not a Late Model and it’s not a Cup car. It’s somewhere caught in the middle. We’re excited about that and are looking forward to putting on a great show.”

The idea behind SRX, Hawk said, is to help grow grassroots racing.

“The notion behind SRX is we wanted to take the best drivers in the country, put them on short tracks in the United States and grow the place that feeds the system,” Hawk explained. “For us, a place like South Boston Speedway made so much sense. If you don’t feed the short track racing system, you don’t get the stars and cars of tomorrow.”

David Stremme, a former NASCAR Cup Series, Xfinity Series and Truck Series driver, has the task of testing the SRX cars. He competed at South Boston Speedway in the past.

“I was here in 2002 competing in an ASA race,” Stremme noted during a break in the testing session.

“The track has always been an iconic short track. When you look at Saturday night racing or Friday night racing, South Boston Speedway is at the top.

“It’s really neat having the SRX series here,” he added. “The track’s in phenomenal shape. The people here do a very good job keeping the track up.

“I’m excited to be here,” Stremme added. “I’ll be excited to get a bologna sandwich when I get back.”

“We’re just trying to get a pretty good balance for all of the drivers,” he explained. “This is a diverse group of drivers that we have. Ray Evernham built a universal car. We went to Sharon Speedway (in Hartford Township, Ohio) last week and tested, and it drove really well on the dirt. Here at South Boston, the car has been good since we unloaded it. I think it would be great on a road course too. When you look at the drivers it doesn’t favor one driver over another in the series. The car is very diverse, and that’s what makes it fun.”

Advance reserved tickets for the June 25 SRX series event at South Boston Speedway are on sale. All grandstand seating is reserved seating for this event. Fans will need to choose their own seats when they purchase tickets.