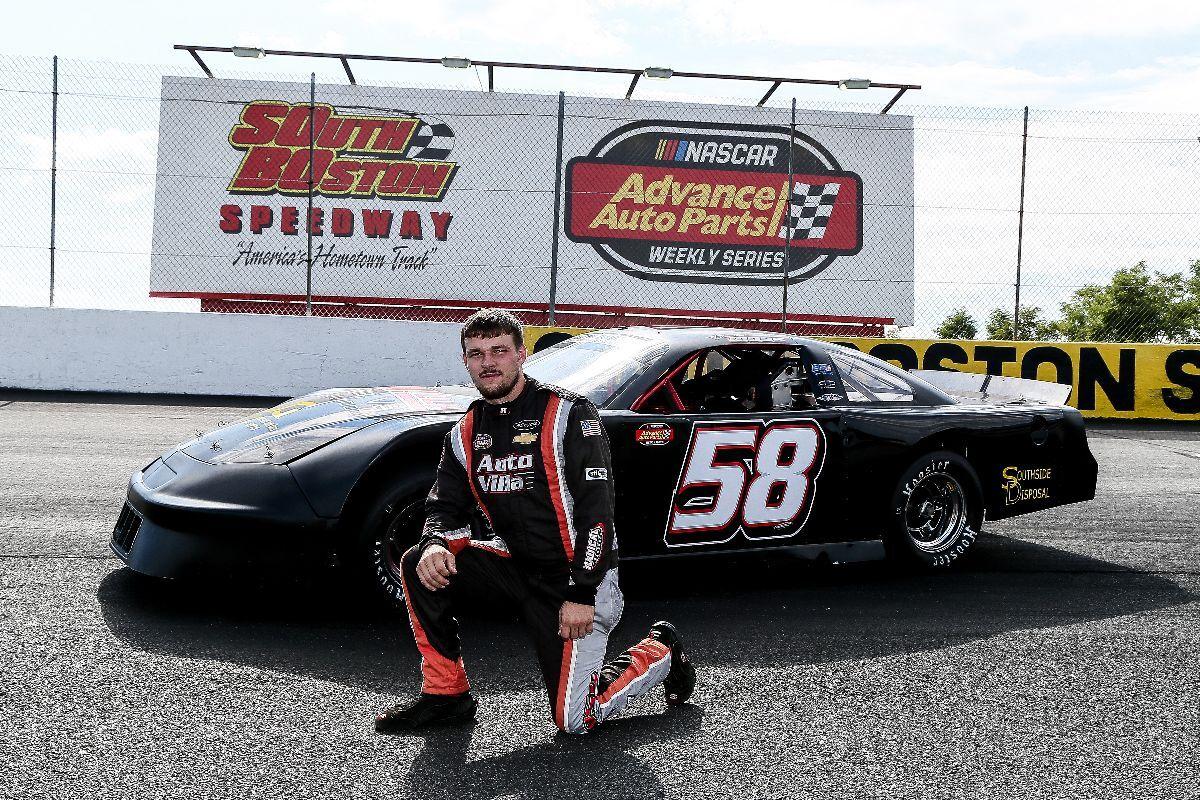 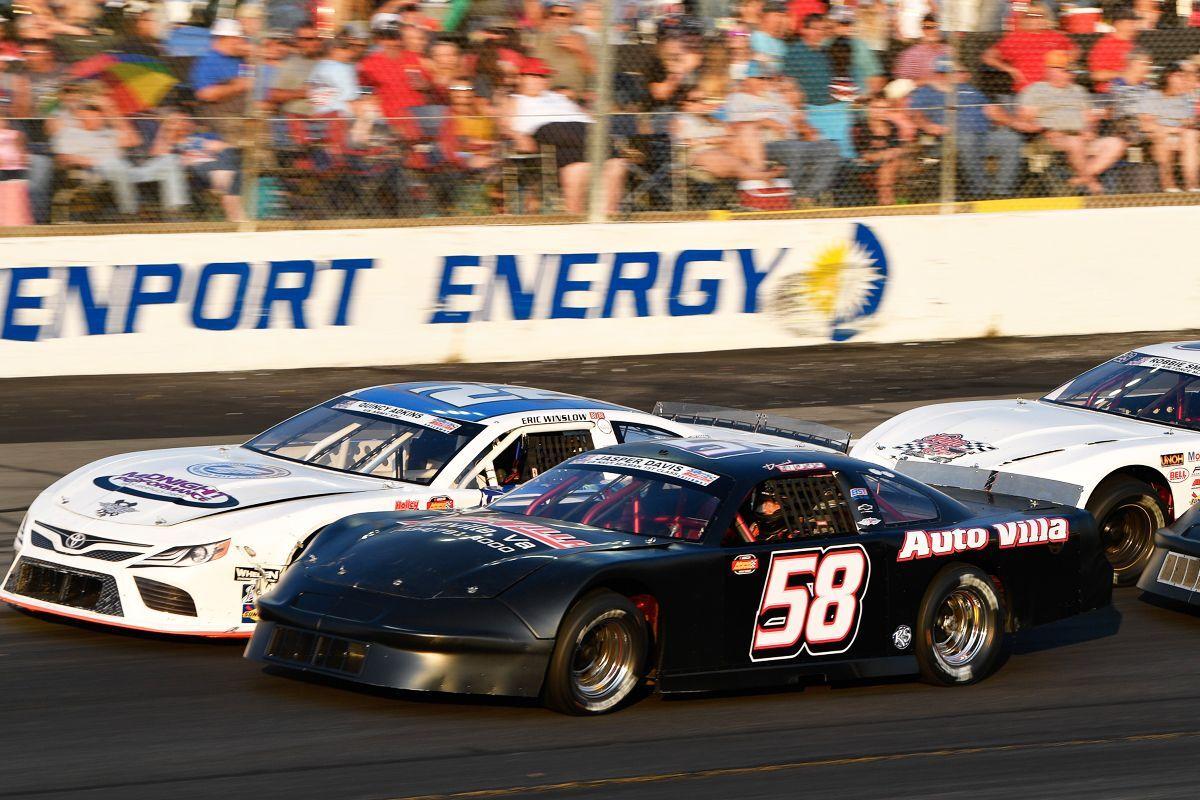 Daniel Moss earned his first career NASCAR track championship with the 2021 South Boston Speedway Limited Sportsman Division title, prevailing in one of the closest points battles in the division’s history.

Desperately hanging on with an ill-handling car, Moss finished seventh in the season’s final race, good enough to edge Jason Myers of Hurt by two points for the championship and leave Drew Dawson of Nathalie to finish third for the season six points down.

“Winning this championship means a lot,” Moss remarked. “It’s my biggest accomplishment. It’s been a goal for a couple of years. At one point, I thought I had lost it. I really didn’t think I was going to win it, to be honest.”

The Danville resident had won one previous championship, taking the 2018 Late Model title at Orange County Speedway in Rougemont, North Carolina. While Moss had won a championship in a higher division it wasn’t the same as winning a NASCAR track championship.

Moss held a decent lead in the division point standings heading into the final portion of the season. Unfortunately, he crashed during practice one race night, damaging the rear of his car. Despite that he made the race and earned some points. Moss replaced the rear clip on his car, but the car was not as good as it had been prior to the mishap.

“The car had speed,” Moss noted, “but it just wasn’t what it was before. The championship night race showed it all. The car fell off badly and I was doing everything I could do to finish where I finished.”

While Moss was hard at work trying to get his car back on the right track, Myers started a late-season surge, winning three of the last four races and finishing third in the final race. Dawson consistently finished in the top five during the late stages of the season but came away with a fourth-place finish in the final race and finished third in the point standings.

“Jason Myers got a brand-new car at the start of the season, and it took them a little while to chase their car down and figure it out,” Moss pointed out. “At first, he didn’t look like he was going to be a threat. If Jason had gotten his car figured out quicker, it would have been harder to win the championship.

“Drew was consistent week-in and week-out,” added Moss. “He had a good season. He was there when it counted. He picked up wins when we had trouble.”

Moss had strong 2021 season at South Boston Speedway. He posted four wins in his 13 starts, scored seven Top-Five finishes and a dozen top-10 finishes. In addition, he took home three pole wins for being the fastest qualifier.

“It was a good year,” remarked Moss. “The 2019 season (with five wins and four poles) was better, but we made the best of what we had. We kind of minimized errors this year, but I think we had more errors this season than we did in 2019.”

Moss’ climb to the South Boston Speedway Limited Sportsman Division championship has been something of a step-by-step process. He finished third in the division points chase in 2018 with no wins.

In a stellar 2019 season he finished second to division champion Danny Willis Jr. of South Boston on the strength of five wins. There was no racing at South Boston Speedway in 2020 due to the COVID-19 pandemic, but Moss returned in 2021 to win the championship.

“I didn’t do it (win the championship) in two seconds like it seems that some of these other younger drivers do,” Moss said. “Pops (his grandfather John Moss) put me in a car in 2013 or 2014. It was a big learning curve because I had never driven go-karts or anything like most of these other younger drivers did. A lot of kids like Landon Pembelton, for example, come from go-karts and things of that nature. They’re holding a steering wheel and racing on four wheels.

“I raced motocross fulltime too,” Moss continued. “I jumped straight off a bike (motorcycle) into a car. I didn’t even know how to drive a stick shift when I started. When I started racing, all I wanted to do was win a race. That’s kind of what I did racing motocross, like I still do. It took me awhile to figure out how to drive a car. It’s a lot to learn, especially when you don’t have a background of racing anything with four wheels.

“I totaled a lot of racecars before I figured out how to drive a car,” added Moss. “Totaling two or three cars in a year takes you out of the championship no matter which way you look at it. Until I started putting good finishes together in 2018, we never looked at the points. We started getting consistent finishes at that point and picked up Craig Moore to help us with setting up the racecar and that helped us even more. We decided to go for the championship in 2019, and that was our first honest run for a championship.”