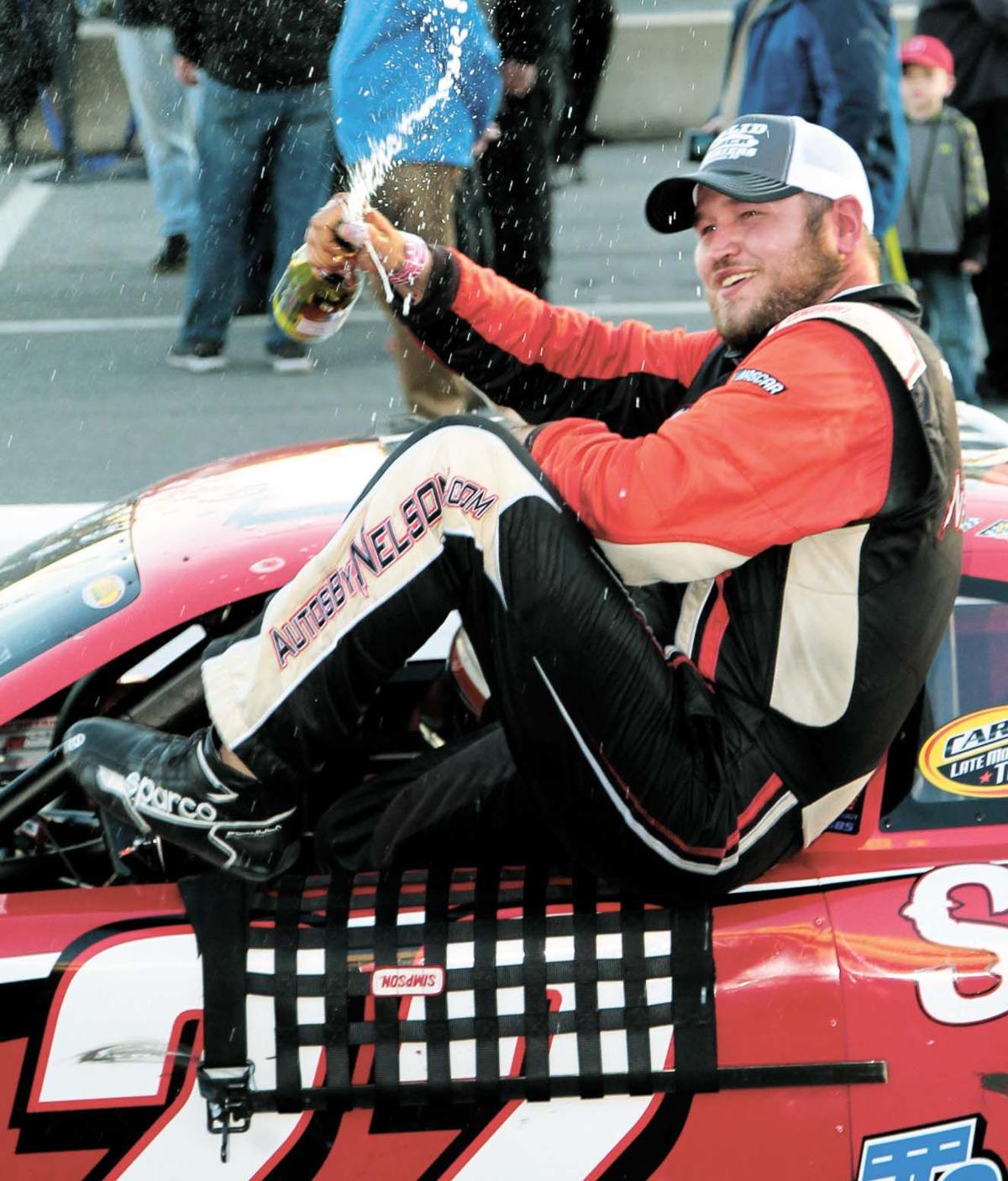 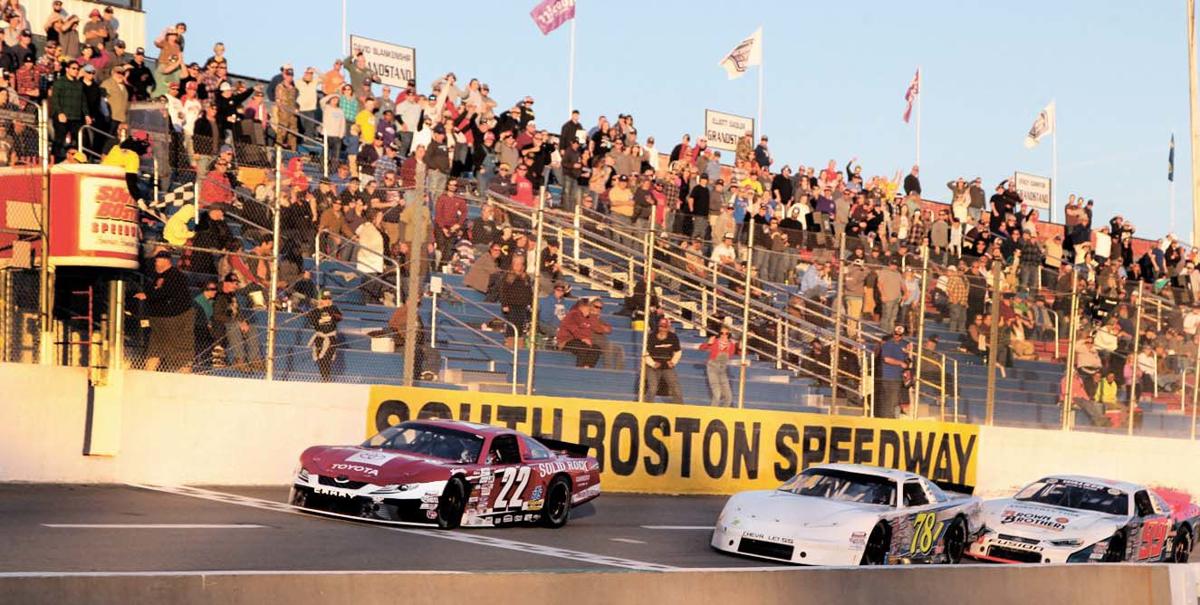 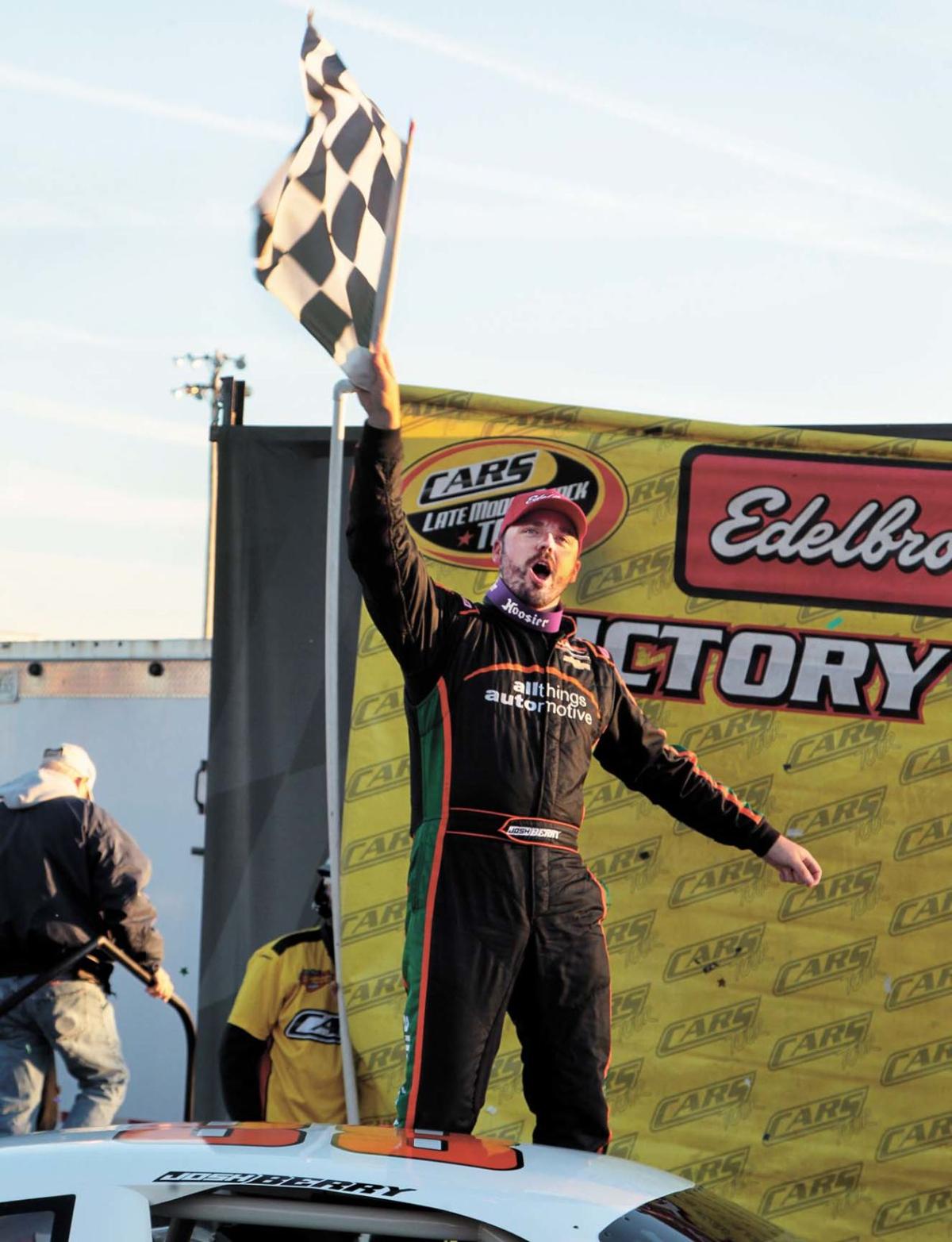 McCarty, of Summerfield, North Carolina, edged young Corey Heim by two feet at the finish line for second place to capture the series title by one point over Josh Berry, who won the pole and led every lap of the 125-lap race in scoring his fourth victory of the season.

Capturing the championship in Saturday’s CARS Tour season finale gives McCarty back-to-back CARS Tour titles and the distinction of being the first driver on the CARS Tour to win two titles in the series.

“I knew we had our work cut out for us,” McCarty said.

“We played the restarts, staying on the outside picking up a couple of spots.”

McCarty entered the race with a five-point edge over Berry, but found himself in trouble after a tough qualifying session left him starting 11th while Berry started on the pole.

He narrowly avoided a mishap on the third lap, and from there, started carving his way through the field, reaching fourth place by the 60th circuit.

McCarty worked his way past Heim to take second place on lap 78, but had his hands full in the closing laps. The final 30 laps were intense, with Heim getting under McCarty several times coming off of the fourth turn. Each time, McCarty managed to surge ahead on the front stretch.

Heim made one last big run at McCarty coming off of the fourth turn on the final lap, but McCarty edged Heim by two feet at the finish to claim the series championship.

“We had to race the race differently than what we wanted to,” McCarty explained. “We got to fifth or sixth (place) and the leaders were gone, so we started saving.”

McCarty gave credit to Heim for racing him cleanly throughout their battle for the runner-up spot.

“He drove me clean, he gave me plenty of room. I really appreciate that.”

Layne Riggs of Bahama, North Carolina, who became a part of the stirring battle over the last 20 laps of the race, finished fourth behind Berry, McCarty and Heim. McCarty’s teammate, Timothy Peters of Danville, rounded out the top five finishers.

For Matt Craig, it was an easy Saturday-afternoon drive in the 125-lap CARS Tour Super Late …