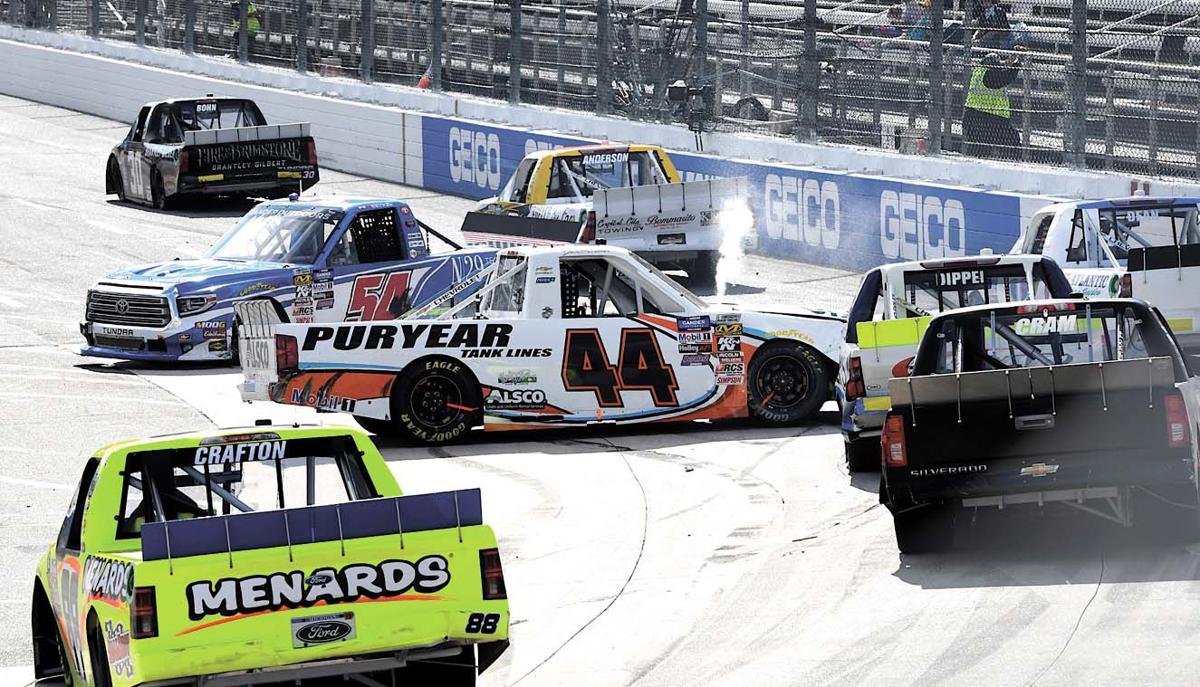 Jeb Burton of Halifax (44) recovered from being involved in this mishap to finish ninth in Saturday’s NASCAR Gander Outdoors Truck Series race at Martinsville Speedway. 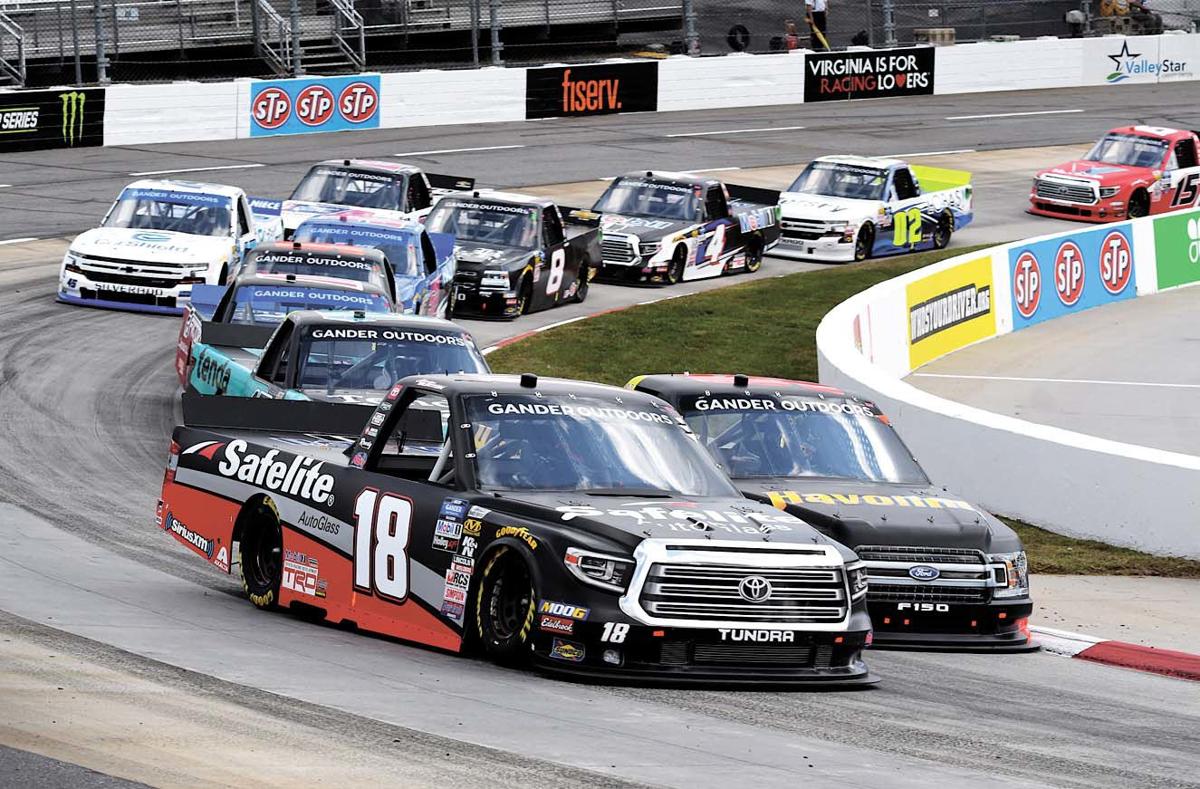 Jeb Burton of Halifax (44) recovered from being involved in this mishap to finish ninth in Saturday’s NASCAR Gander Outdoors Truck Series race at Martinsville Speedway.

MARTINSVILLE — In an extraordinarily wild NASCAR Gander Outdoors Truck Series race that saw four of six playoff drivers have major issues, 19-year-old Todd Gilliland muscled his way past Ross Chastain on Lap 191 and held on to win for the first time in 446 career starts.

Just as extraordinarily, a series of wild wrecks that produced 12 cautions for 80 laps did little to affect the playoff standings, with the Championship 4 drivers still to be settled two weekends hence at ISM Raceway in Phoenix.

After the 11th caution, Gilliland drove underneath Chastain on the restart lap, with Gilliland’s No. 4 Kyle Busch Motorsports Toyota clearing Chastain’s No. 45 Chevrolet for the top spot. Gilliland led the final 11 laps, through the final caution and into an overtime that took the race one circuit past its scheduled distance of 200 laps.

Before reveling in the win, Gilliland had a bittersweet moment because the expected victory in KBM equipment had been such a long time coming.

“I wish we had won two years ago, just like everyone else thought we would,” Gilliland said. “I thought we would, too. We went through some growing pains. (Marcus) Richmond was my crew chief, and we got rid of him, and then he came back and was helping us again. He’s really great here at Martinsville.

“I’m just so proud of these guys. Man, this is a long time coming. Hopefully, this will get some momentum rolling and open up some doors for next year.”

In his post-race press conference, Gilliland acknowledged he had no plans set for the 2020 season.

Chastain, who trailed Gilliland at the finish by .879 seconds, leaves the .526-mile short track third in the NASCAR Gander Outdoors Truck Series standings, 20 points ahead of fifth-place Matt Crafton, who ran 23rd after stalling out and having to change a battery and computer system 81 laps into the race.

On the final two restarts, Chastain had to deal with both Gilliland and his KBM teammate Harrison Burton, who spun on the final lap and finished 18th.

“If I can go head-to-head with that team, I can fight them one at a time, but I can’t take two of them,” Chastain said. “They took turns beating my back bumper off, which is fine. I’m good with it.”

Johnny Sauter ran third, followed by Grant Enfinger and Timmy Hill, who scored his first top five in any of NASCAR’s top three series. Playoff driver Stewart Friesen ran sixth after recovering from a spin off Sauter’s nose on Lap 148.

Series leader and defending champion Brett Moffitt wasn’t as fortunate. His No. 24 GMS Racing Chevrolet suffered damage in a four-car incident on Lap 115 and retired from the race in 29th place after completing 122 laps.

“We’ll just go on and try to win at Phoenix and Homestead,” said Moffitt, who retained the series lead and holds a 45-point margin over Crafton, with the playoff field to be trimmed to four drivers at Phoenix.

A nine-truck wreck on Lap 123 KO’d playoff drivers Tyler Ankrum and Austin Hill, who finished 25th and 26th, respectively. Ankrum goes to Phoenix in sixth place, 15 points below the current cutline for the Championship 4. Hill is fourth in the standings, nine points ahead of Crafton, a two-time series champion.