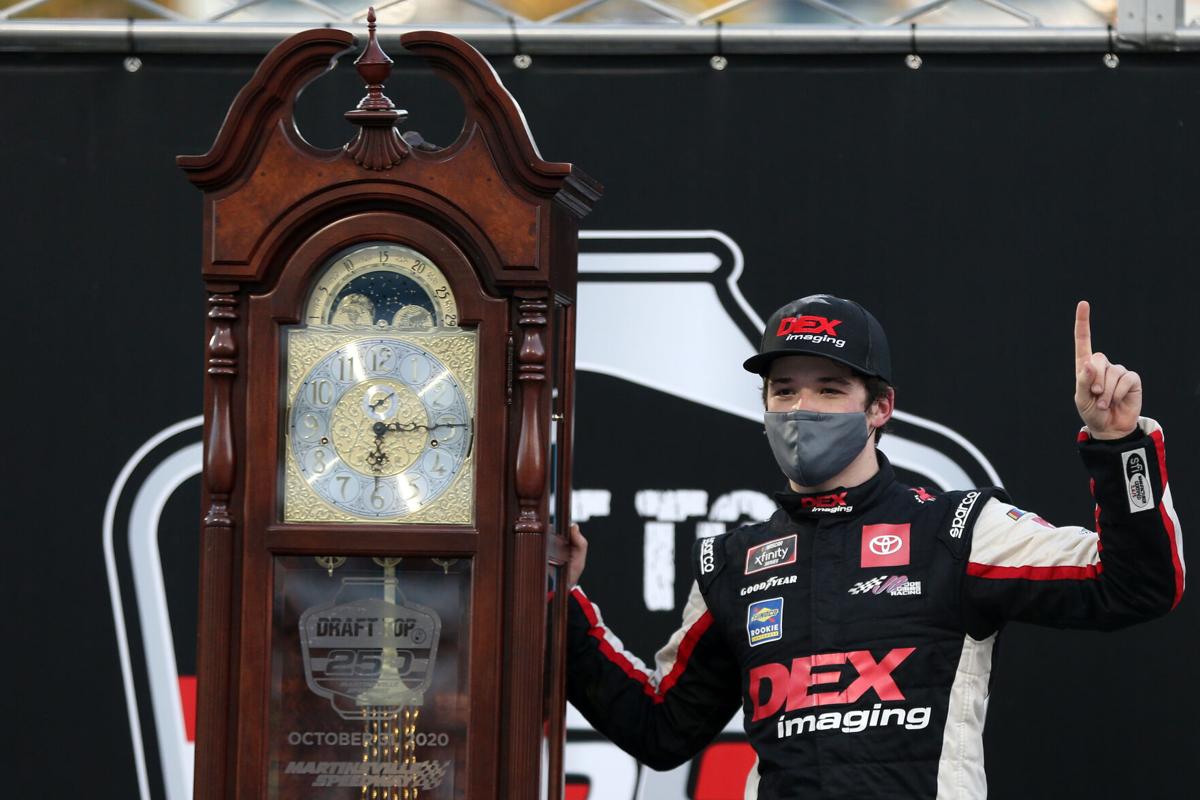 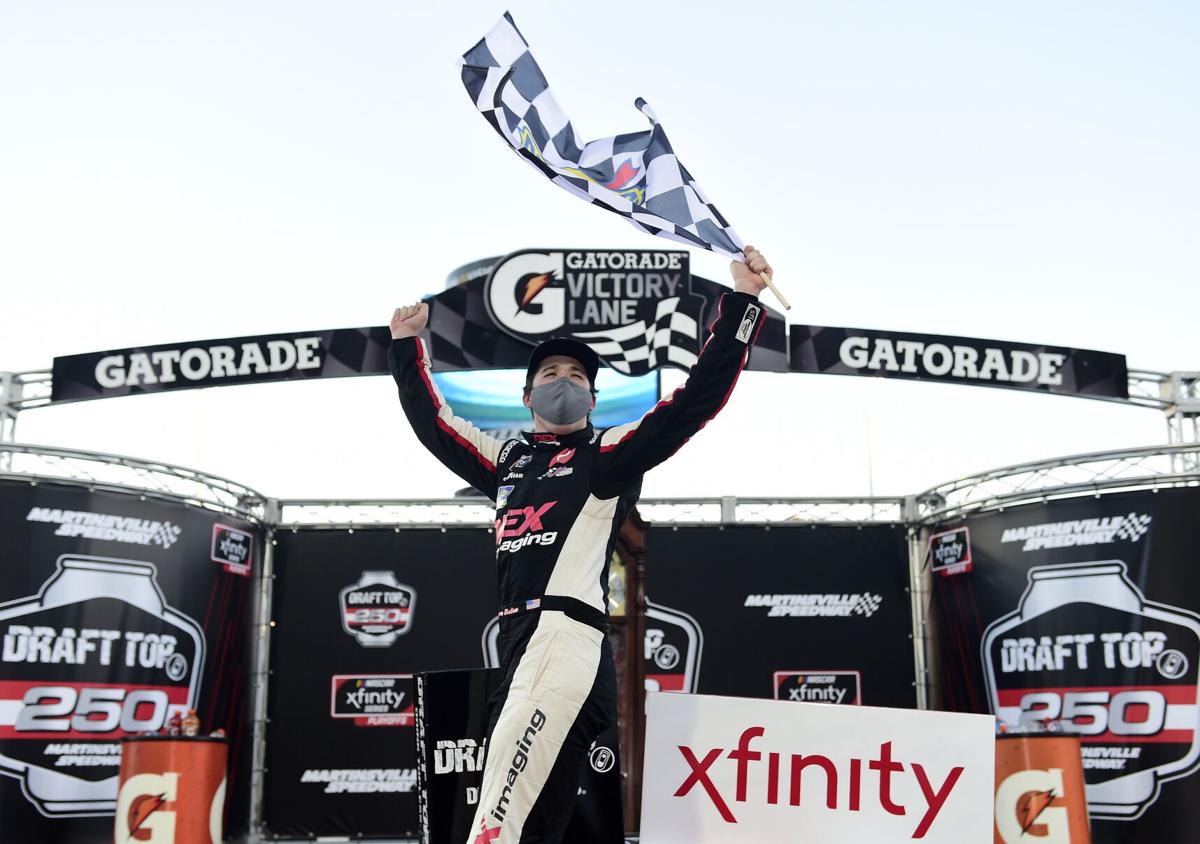 Harrison Burton, driver of the No. 20 DEX Imaging Toyota, celebrates after Saturday’s win in the NASCAR Xfinity Series Draft Top 250 at Martinsville Speedway, 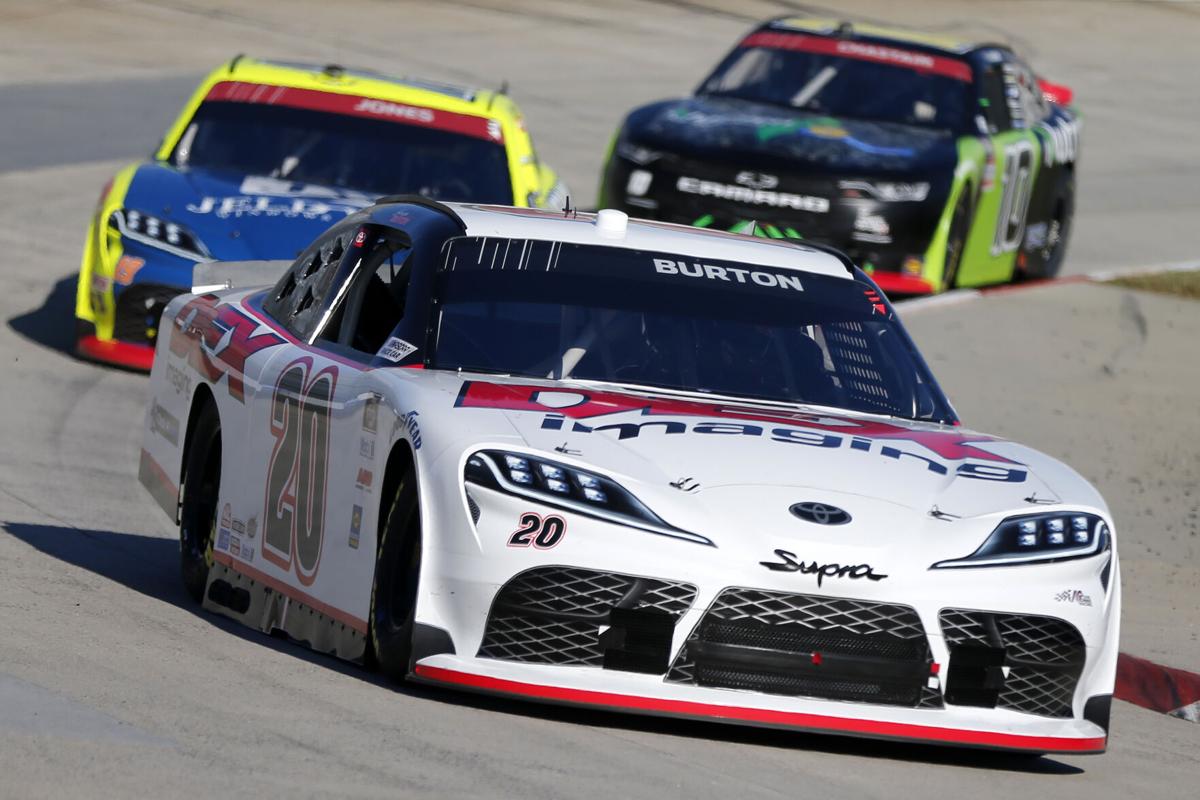 Harrison Burton leads the field in th No. 20 DEX Imaging Toyota during the NASCAR Xfinity Series Draft Top 250 at Martinsville Speedway on Saturday. 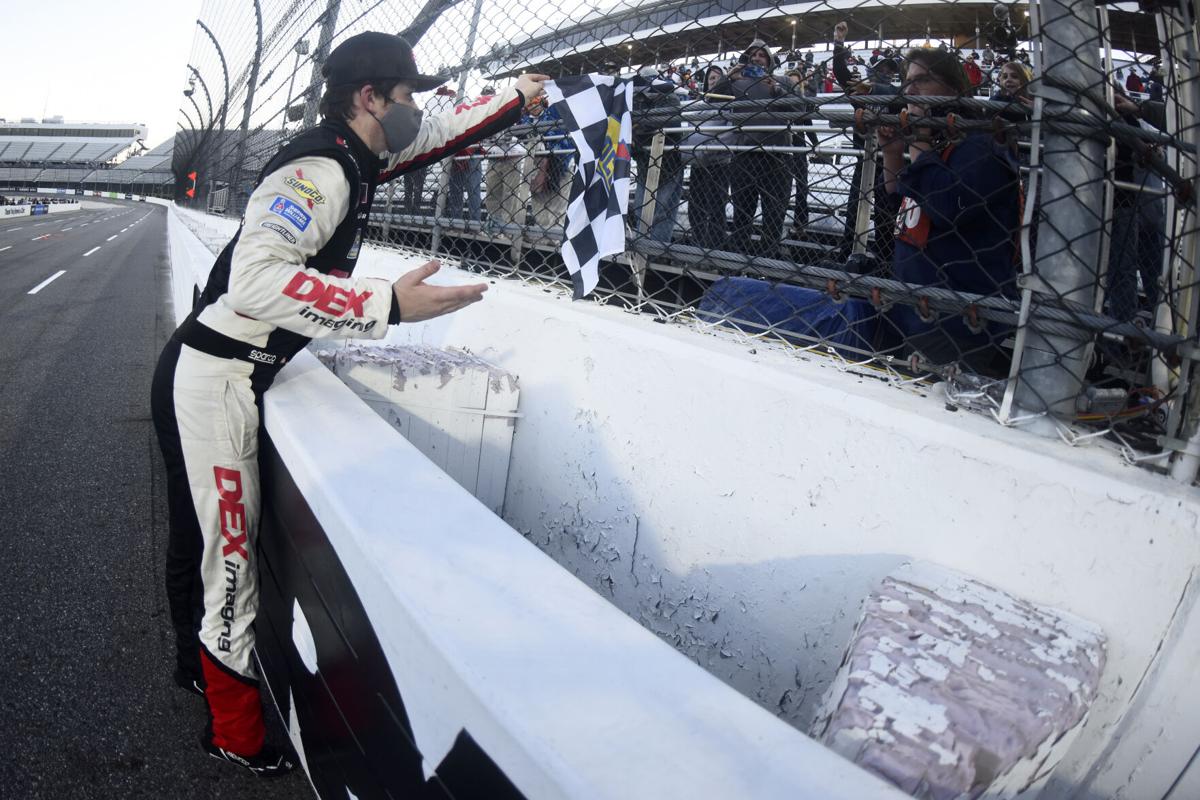 Harrison Burton, driver of the No. 20 DEX Imaging Toyota, celebrates after Saturday’s win in the NASCAR Xfinity Series Draft Top 250 at Martinsville Speedway,

Harrison Burton leads the field in th No. 20 DEX Imaging Toyota during the NASCAR Xfinity Series Draft Top 250 at Martinsville Speedway on Saturday.

For decades, Halifax County native Jeff Burton held the record — at age 23 — as the youngest driver in Martinsville Speedway history to win a race.

Harrison won his fourth race of the season and the second in as many weeks in one of his more dominating performances of his rookie career.

“This was the first race we were kind of dominant, all of the others were three wide for the lead or last lap passes or whatever it was so this was really nice and a little less stressful I would say,” Harrison said in his post race press conference.

Harrison led 81 laps total in the race and the final 53 to fend off Justin Allgaier by .355 seconds for the win.

Harrison’s cousin, Jeb, a Halifax County resident, finished in fourth place in his final Xfinity Series race of the season as a part of JR Motorsports. Jeb had a solid season driving part-time for JR Motorsports and is hoping that he will be able to find a full-time ride for next season.

After the race, Jeb came over to congratulate Harrison in victory lane and Harrison talked about that in his press conference.

“He just said good job,” Harrison said. “Me and Jeb always cheer for each other and always race each other really hard which is fun.

“I think my dad (Jeff) and my uncle (Ward) did the same thing. It was as if they couldn’t win, they wanted their brother and in this case, my cousin to win.”

Harrison went on to say how hard it is to race against someone like Jeb because of the selfishness in racing. He said even though they are racing each other tough, someone is going to take something away from the other that they want.

“I think my dad and uncle kind of went through that and that is kind of a hard thing to balance,” Harrison said. “I think me and Jeb have done a good job of cheering for each other and being proud of each other and it was more of the same today. It was really special to have him here today as well.”

While knocked out of the playoffs prior to the round of eight, being eliminated has given Harrison and his team the hunger to prove that they belong. Even though he is ineligible for this season’s Xfinity Series championship, Harrison is looking forward to next year and what these wins late in the season will do for him going forward.

“That mindset doesn’t stop now. We have seen guys that win a lot of races at the end of the year start off the next year hot, start with a lot of confidence and tend to come to the racetrack with a little more purpose and hopefully we can be the next team to do that,” he said.

After Harrison crossed the start/finish line at Martinsville as the race winner, the first person to congratulate him on the radio was his father, Jeff, who does commentary for NASCAR on NBC.

“It was pretty special,” Harrison said about talking to his dad after the win. “It was awesome to have my dad talk to me, the amount of stuff that my dad and my mom have done for me, sacrificing time together, sacrificing time with my sister. When my dad was Cup racing, I was racing quarter midgets, so to give back to them by winning these races and hopefully proving all that time spent away was worth it,” he added.

The final NASCAR Xfinity Series race of the year will take place on Saturday with the Desert Diamond Casino West Valley 200 at Phoenix Raceway at 5 p.m. on NBCSN. The final four drivers that will be competing for the championship are Justin Allgaier, Chase Briscoe, Austin Cindric and Justin Haley.