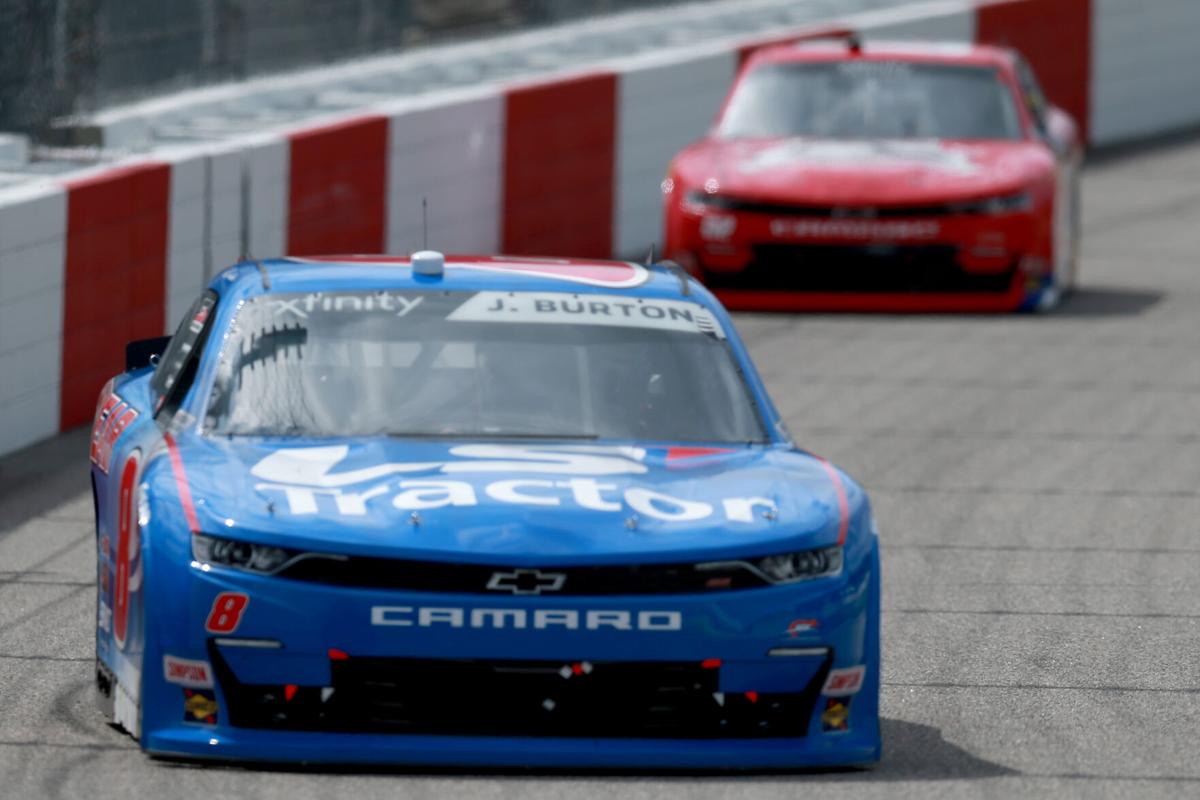 Jeb Burton drives during the NASCAR Xfinity Series Virginia is for Racing Lovers 250 at Richmond Raceway on Saturday. 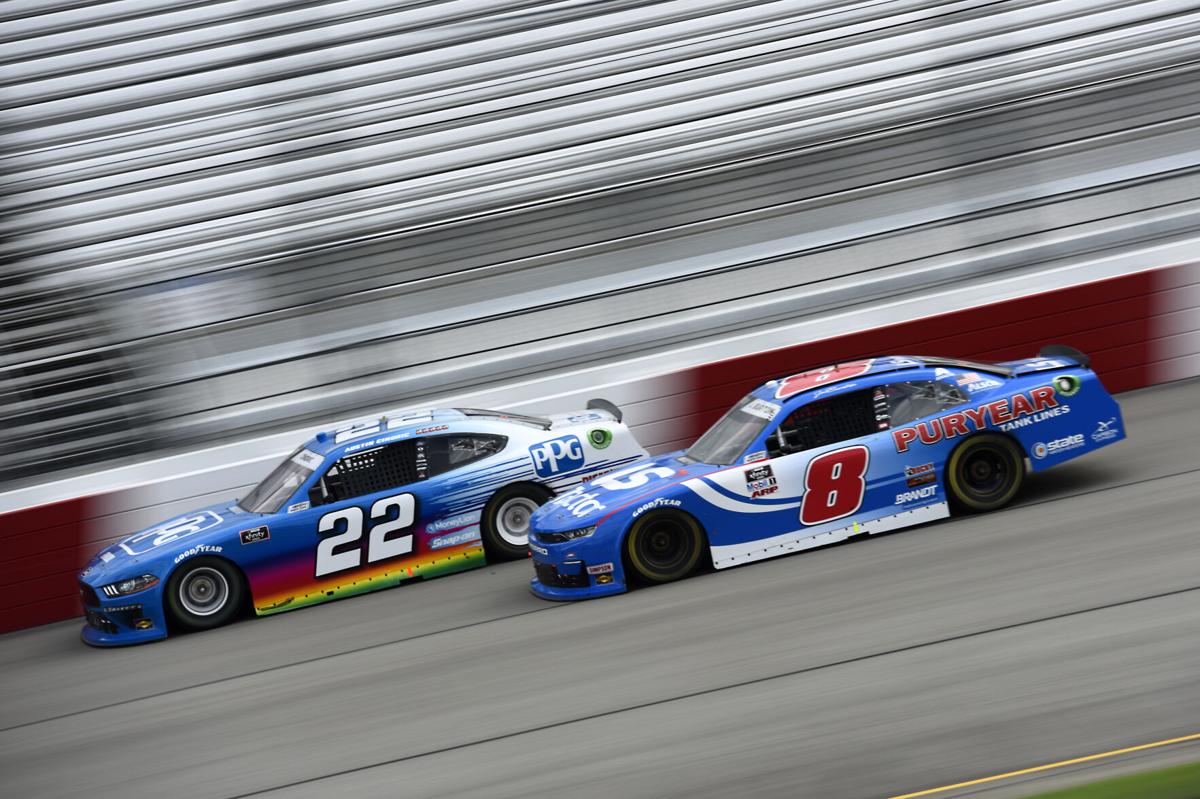 Austin Cindric, (22), and Jeb Burton (8), race during the NASCAR Xfinity Series Virginia is for Racing Lovers 250 at Richmond Raceway on Saturday.

Jeb Burton drives during the NASCAR Xfinity Series Virginia is for Racing Lovers 250 at Richmond Raceway on Saturday.

Austin Cindric, (22), and Jeb Burton (8), race during the NASCAR Xfinity Series Virginia is for Racing Lovers 250 at Richmond Raceway on Saturday.

It had been 19 years since two Burtons finished in the top five in a NASCAR race, but that all changed on Saturday when Jeb Burton finished a career best second place and cousin Harrison finished fourth in the Virginia is for Racing Lovers 250 at Richmond Raceway in the NASCAR Xfinity Series.

Jeb, a Halifax County resident and son of former NASCAR Cup Series driver Ward Burton, was excited to finish in the second position, but without a full-time ride, every little bit counts and he is looking to get into victory lane to help his chances of moving to full-time.

“We have been really close to wining this year, I just need to be out there more and racing more to make myself better and to know what I need in the car to be better with the adjustments so we can be better at the end of the race,” Jeb said in his post race interview.

Jeb’s JR. Motorsports teammate Justin Allgaier finished off a clean sweep of the Richmond doubleheader by outlasting Burton to get his second win of the weekend. Allgaier led 135 of the 250 laps in Saturday’s race to notch his 14th career victory.

“I knew how good our car was all day. I knew at the end there, I knew we had speed, I knew when we needed to go we could, I just didn’t know how fast,” Allgaier said. “My teammate Jeb Burton did a fantastic job on that last restart, just so proud of these guys,” he added.

Jeb talked about that last restart, as well as the changes that the team made after a disappointing finish in the race on Friday night. He had made his way to fifth place before a loose wheel put him behind the wall for a time and essentially ended his night.

“We went to work and made the car better today and came up through there pretty fast. We were just missing a little something all weekend but the guys did a great job, and I want to win for this group so bad and being that close, man I wish I could’ve staid on the 7’s (Allgaier) door maybe a little bit better. I think I could’ve run side by side with him for a couple of laps but he was just better, congratulations to them but good run for us today,” he said.

Harrison Burton had a strong race as well, finishing in the top five with a fourth place finish. He is the younger cousin of Jeb, and his father is South Boston native Jeff Burton. Harrison drives full-time for Joe Gibbs racing and has won two races this year in his first year in the Xfinity Series. Harrison sits in seventh place in the points standings after Saturday’s race and is locked in to the playoffs because of his two victories.

Jeb was asked about having him and Harrison finish together in the top five for the first time on Saturday. “I am hoping that us running like that can help us both in getting sponsors. Harrison lives in North Carolina, and I am still a Virginia boy but we are still related and both of us had a good day today.”

Jeb has three races left on the schedule this year beginning next week at Bristol.

He also will run at Martinsville and Texas to round out his schedule this year.