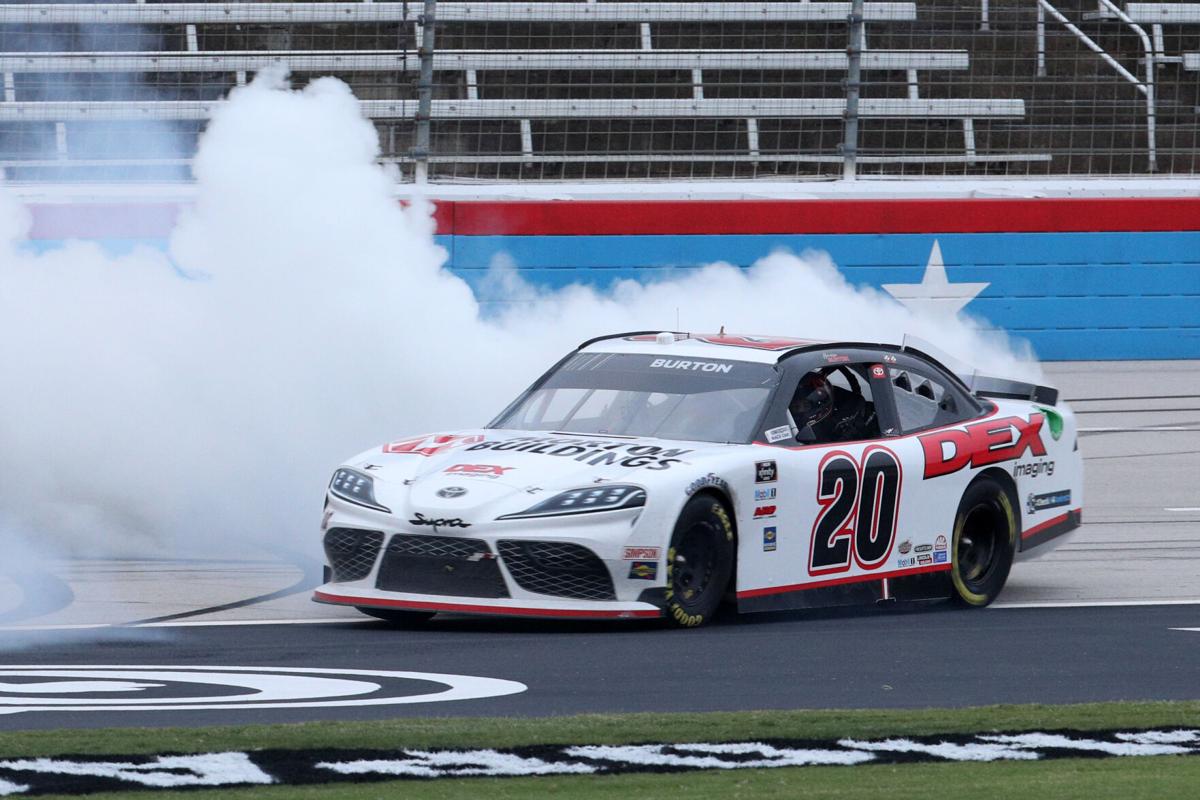 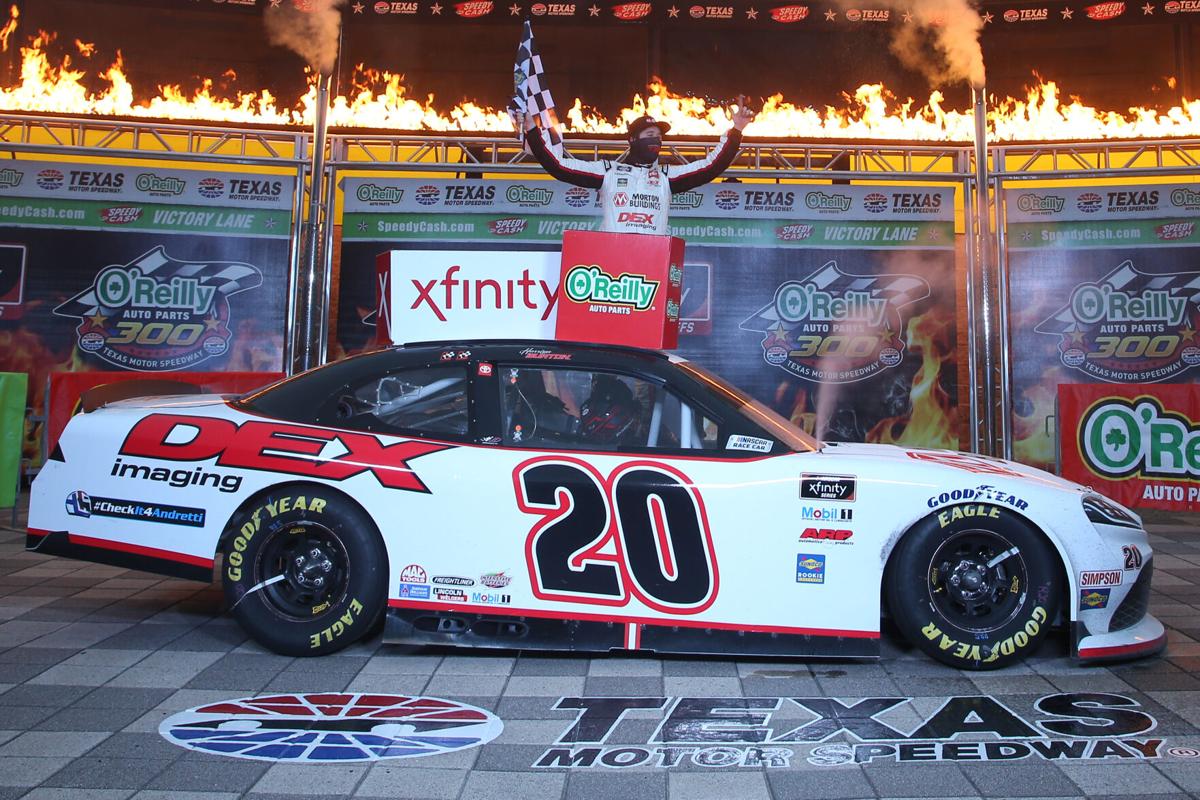 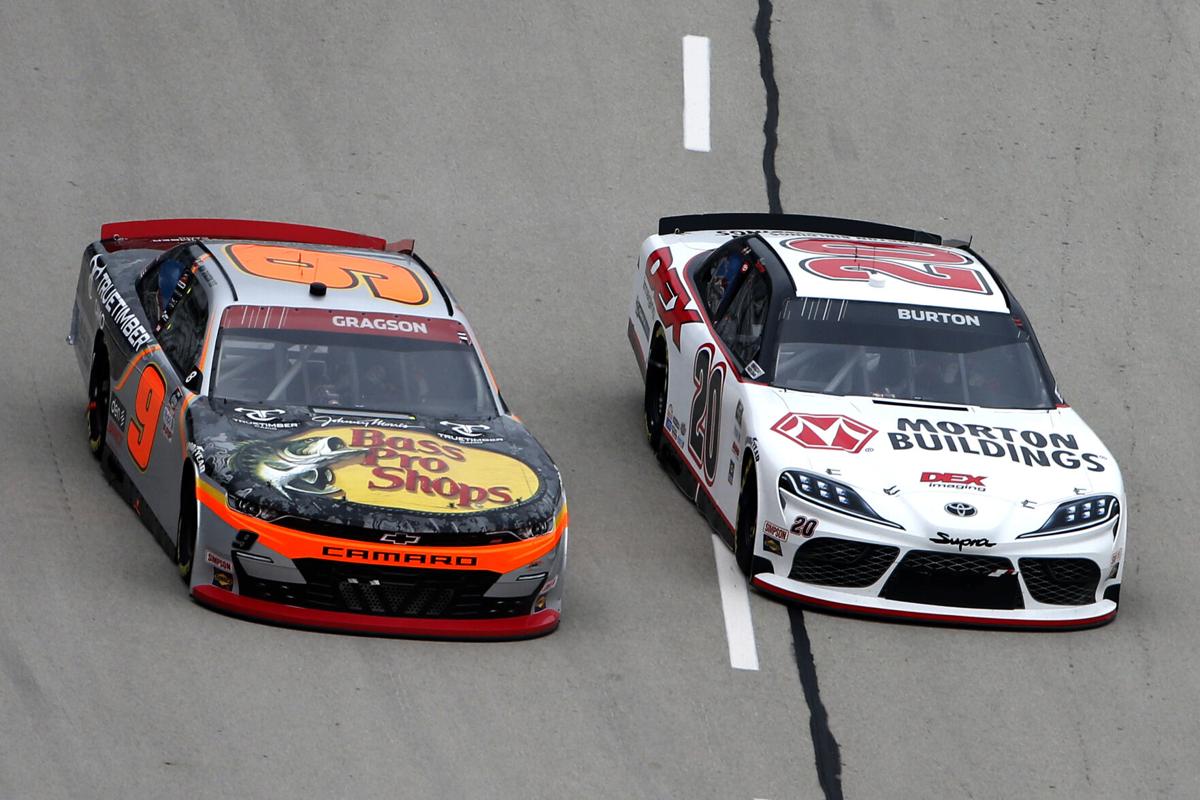 Burton overcame a spin on lap 107 to come back and pass Anthony Alfredo with two laps to go and caught up to Gragson in the final turn on the last lap to pass him for the win.

“We had such a fast race car. I’ve never drive anything harder than that last corner in my life,” Burton said after the race. “I don’t know how it stuck. I lost my voice, I was screaming. Gosh, that’s special. I’ve never spun out and come back and won, so that’s cool,” Burton added.

“We were obviously pushing the limits all day-of speed,” he said. “That’s kind of what we came to do, to be fast, to win our first stage of the year, which was a good sign, and our speed-what we did on that last lap was incredible. I don’t know how it happened, but I’m glad it did. What a cool place to win. We’re going home with cowboy hats.”

Burton was eliminated from the Xfinity Series playoffs in the round of 12, but that doesn’t mean that the race didn’t mean anything to the 19-year-old rookie driver.

The win at Texas is the third this season for Burton with wins earlier this year at Auto Club Speedway and Homestead-Miami Speedway.

Halifax County resident Jeb Burton had several unfortunate incidents throughout the day take him out of contention. Jeb spun early in the race due to an incident with Alfredo, and then a tire came apart causing him to wreck with 43 laps to go. Jeb battled back from the earlier spin in the race where he went a lap down to make it all the way to the lead at one point before the wreck with under 50 laps remaining.

A big wreck took out playoff contenders Justin Allgaier, Brandon Jones and Ross Chastain to open the door for Burton, Gragson and Alfredo to battle it out for the win. Chase Briscoe, who has already secured a spot in the Championship 4 with a win last week at Kansas had a shock mount break on his car early in the race to take him out of contention.

Gragson was one corner away from guaranteeing his spot in the Championship 4 with a win before Burton spoiled his day. Gragson is now seventh in points, 24 points out of the final spot in the championship.

Behind Briscoe are Austin Cindric, Allgaier and Justin Haley to round out the top four with one race remaining before the championship. Jones is in fifth, four points out. Chastain is in sixth, 15 points out. Ryan Sieg is in eighth place and 43 points behind fourth place.

Next week, the Xfinity Series will come to Martinsville Speedway for the last chance to make it into the Championship 4. The race is at 3:30 p.m. Saturday on NBC.