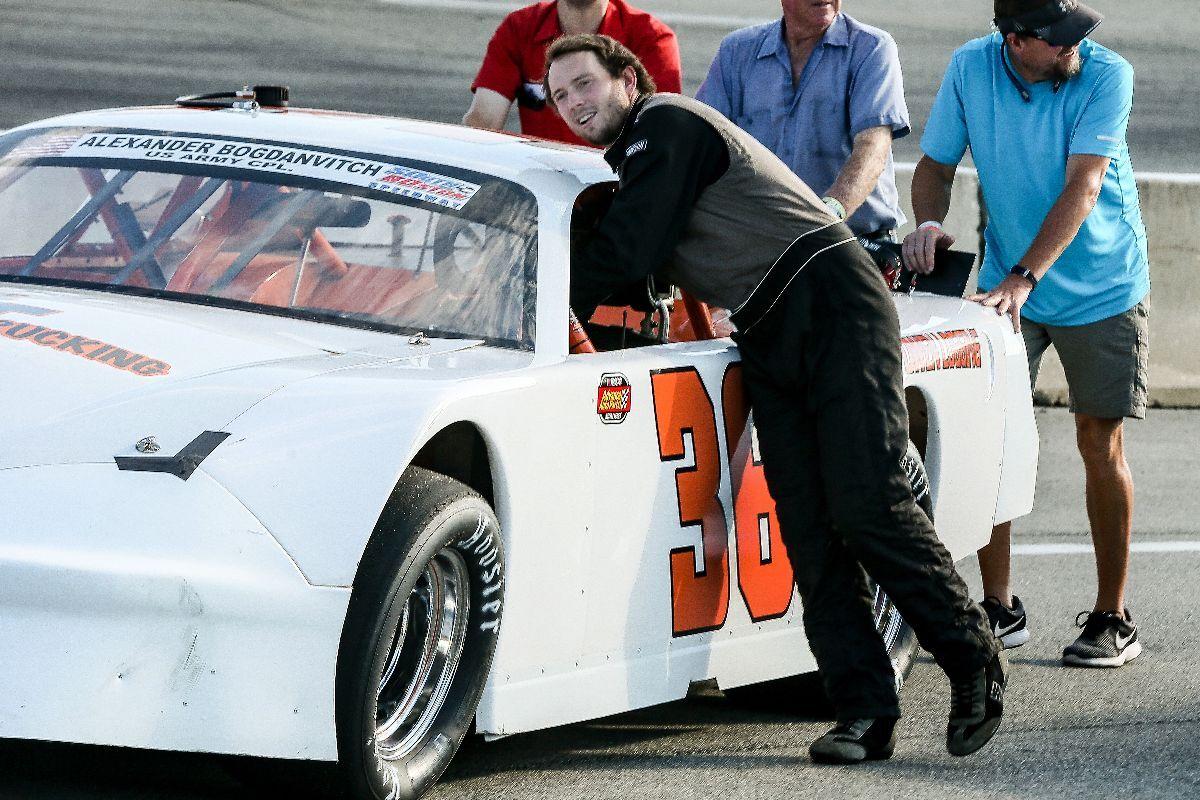 Andrew Amos smiles as he and members of his race team push his car to the grid for the start of qualifying during one of this season’s NASCAR Advance Auto Parts Weekly Series events at South Boston Speedway. Amos won the South Boston Speedway 2021 Limited Sportsman Division Rookie of the Year Award and finished fifth in the final overall division point standings. 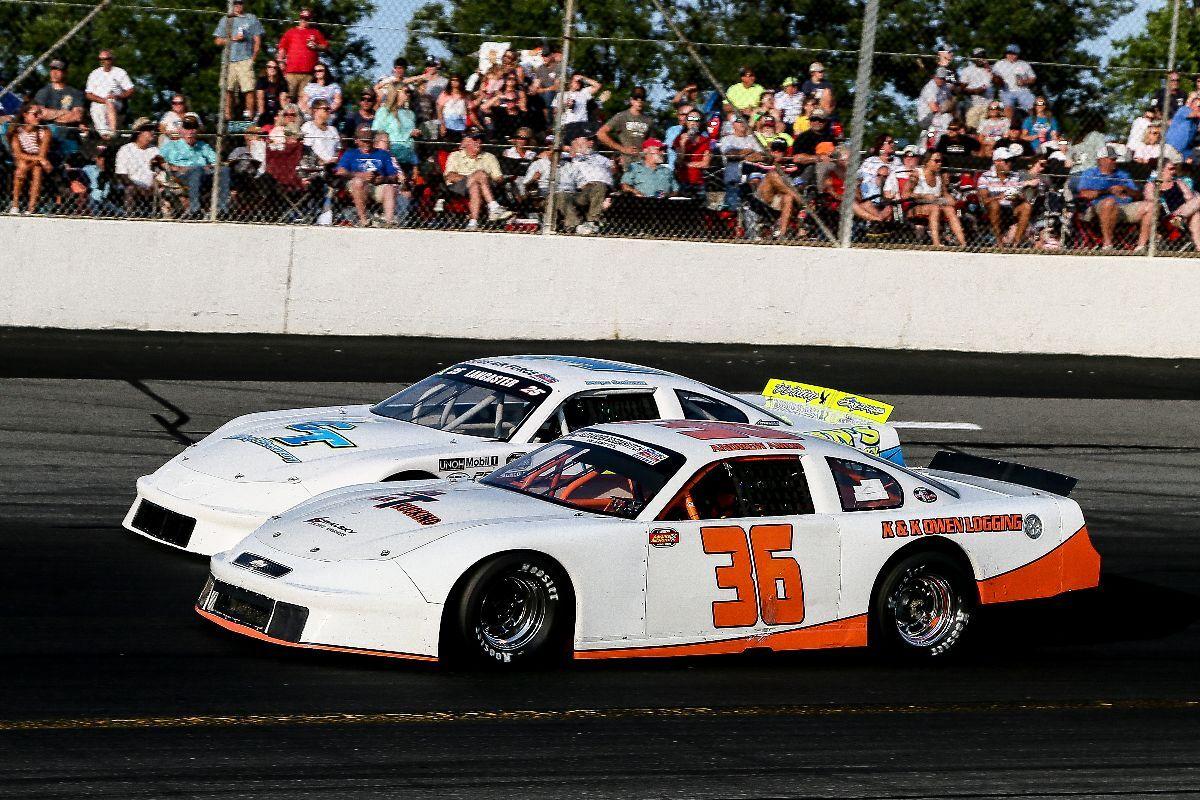 One of the things Andrew Amos saw this season was how a good start can impact a driver’s season.

A solid first half of the season propelled Amos into the top five in South Boston Speedway’s Limited Sportsman Division point standings, opening the door for him to capture the division’s Rookie of the Year title.

“It’s an accomplishment I’m proud of,” the Callands resident said of winning Rookie of the Year honors at SBS. “I had never raced anything until I bought this car two years ago. I only got into a couple of races last year (2020) with the COVID-19 pandemic closing most places. When we came down here for the first two 25-lap races this year it was the first time I had been on South Boston Speedway.

“To be truthful, I really didn’t know what to expect,” added Amos. “I felt like we would be competitive, but to be as competitive as we have been here was a pleasant surprise.”

Amos had a solid season competing in South Boston Speedway’s highly competitive Limited Sportsman Division. He finished fifth overall in the division point standings and logged four top-five finishes and 10 top-10 finishes in his 13 starts. His best effort was a pair of fourth-place finishes.

A good start to the season had a big impact on Amos’ success. After opening the season with a ninth-place finish Amos improved his finishes by one position in each of the next two races. He followed that by reeling off three top-five finishes in his next four starts, a result that vaulted him into the top five in the division point standings where he stayed the rest of the season.

“It has been a pretty good year,” Amos noted. “We came out of the box better than I thought we would. We slowly improved from there.

“We’ve been pretty competitive. Going up against all of the veteran guys in the division that have won a lot of races and being able run up there close to them is nothing to hang your head about when you’re a rookie. We don’t have race-winning speed yet, but I feel like we have top-five speed every week.”

The 2021 season was a big learning season for Amos.

“I’ve definitely learned a lot from racing these guys and talking with them on pit road,” Amos remarked. “There have been a few tough things to learn. It’s been hard to learn how to feel the car and figure out what we need to get faster. I’m trying to learn everything you need to know as a driver and about racing in traffic. I feel like I’m getting better at that.”

Amos likes the atmosphere at South Boston Speedway and how competing drivers were helpful in answering questions he had.

“This is a really good racing atmosphere,” Amos pointed out. “It’s very friendly, but it’s also very competitive. Everybody here is helpful and will give you a lot of help. I’ve leaned on Jason Myers a lot for help this year. I’ve gotten some help from some guys like Eric Winslow and Danny Willis Jr. also. They’re a tremendous help. They have a lot of years of experience, really know what they’re doing and what to look for when they’re on the track.”

Amos said the 2021 season at South Boston Speedway was enjoyable.

“I’ve definitely had a fun year,” Amos said. “I haven’t torn the car up too badly or made too many rookie mistakes. You always hope for a win, and I haven’t gotten one of those yet. Hopefully it will come soon.”

If everything goes according to plan, Amos says he will return to South Boston Speedway for another year of competition in the Limited Sportsman Division.

“We can go into next year feeling better and knowing more of what to expect,” explained Amos. “We started this year with a lot of unknowns and a lot of new territory. We hope to really improve next year and get into Victory Lane. We will have a full year of notes and I will have a whole season of experience. Hopefully we can top that big hill and get into Victory Lane.”

The 2022 season will be a special one as South Boston Speedway will celebrate its 65th anniversary with a tentative 14-event schedule that includes a first-ever event for SBS.

Special events on the tentative 2022 season schedule include an event on April 2 for the SMART Modified Tour and the Sentara Healthcare American Sprint Car Weekend on April 29-30 featuring the first-ever races for 410-winged sprint cars at South Boston Speedway.