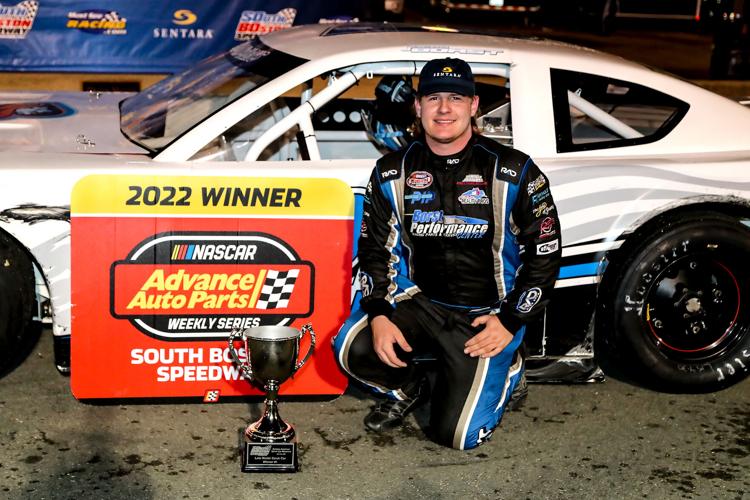 Jacob Borst is all smiles as he poses with the winner’s trophy in Victory Lane following his win in the second race of a twin-race NASCAR Advance Auto Parts Weekly Series Late Model Stock Car Division event on April 30 at South Boston Speedway. The win was the first victory of the season for Borst at South Boston Speedway and was his second career win at the .4-mile oval. Borst is hoping the win will spark a strong run through the remainder of his season. 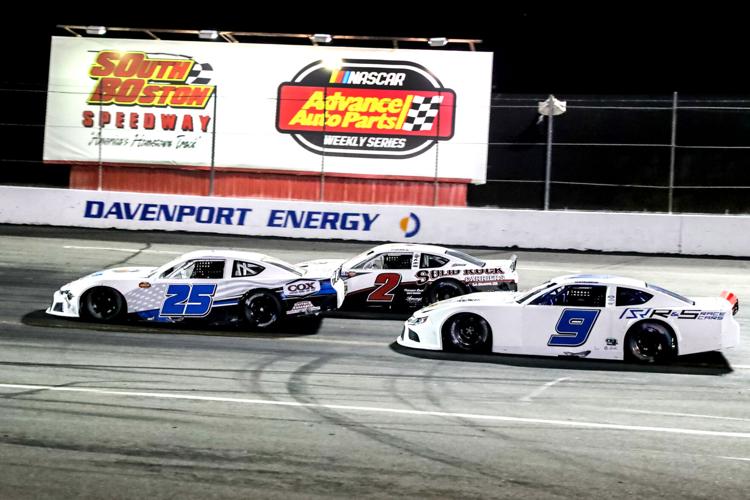 The young Elon, North Carolina, resident was optimistic another win would come his way, but he had no idea how long it would take. That second win came in the second race of a twin-race event on April 30 at South Boston Speedway, making him the division’s most recent winner and only the third race winner in the division thus far this season.

“It’s been too long, but to back it (his first win) up 364 days later is pretty amazing,” Borst remarked after the victory that marked his second victory in as many seasons in Late Model Stock Car Division competition at South Boston Speedway. “I’m very privileged to be in this ride, and my dad gives me a good piece every week.”

Through the season’s first seven races Borst has a win, four top-five finishes and has finished in the Top-10 in each of his starts. He is also one of six drivers to lead laps in the division thus far this season.

Those are not bad statistics, but they are not quite as good as Borst and his team had hoped they would be. Borst is hoping his win will spark a strong run through the rest of the season.

“We’re going up against good teams every week,” Borst pointed out. “This car is a new car to us this season. We just got it at the beginning of the season. We were ‘off’ the first couple of races. We’ve been dialing ourselves in, just trying to get better as the season has gone on.

“Dad and I talked at the beginning of the season, and we were saying it was going to take a little bit for us to get the car better,” added Borst. “The car was really good in the last race. We took advantage of some misfortune on the part of others. I drove the wheels off of it and did my best.”

The Southern Virginia Higher Education Center/God’s Pit Crew First Responders Night event will be a big one as twin races will be held in three of South Boston Speedway’s four NASCAR racing divisions.

The event schedule for the Saturday Southern Virginia Higher Education Center/God’s Pit Crew First Responders Night event has registration and pit gates opening at 2 p.m. Practice starts at 3:30 p.m., grandstand gates will open at 5:30 p.m., qualifying begins at 6 p.m. and the first race of the night will get the green flag at 7 p.m.

Advance adult general admission tickets for the event are priced at $10 each plus a $1.50 processing fee and may be purchased online on South Boston Speedway’s website, www.southbostonspeedway.com, through Friday night. Advance tickets may also be purchased by calling the speedway office at 434-572-4947 or toll free at 1-877-440-1540 during regular business hours.