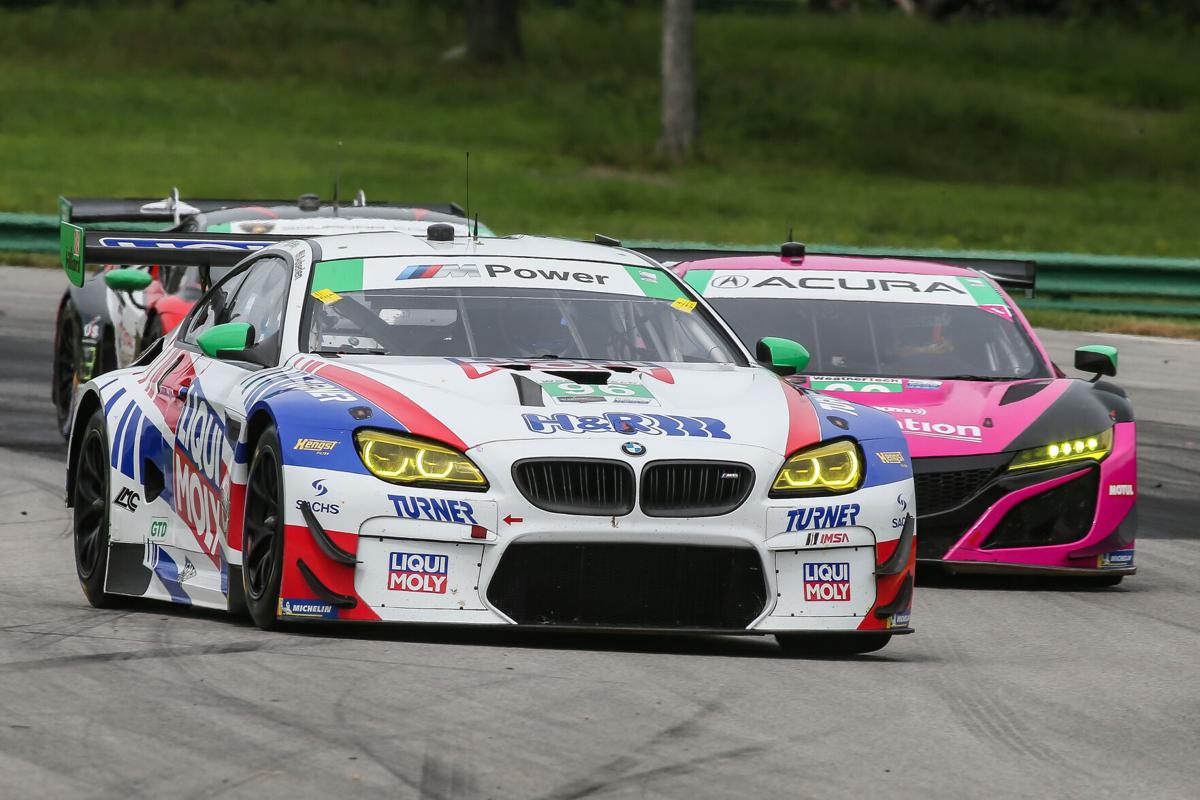 Bill Auberlen in the No. 96 BMW battles to fend off Bryan Sellers (48) and another competitor as they trio speed through the esses during Saturday’s Michelin GT Challenge IMSA WeatherTech SportsCar Championship race at VIRginia International Raceway at Alton. 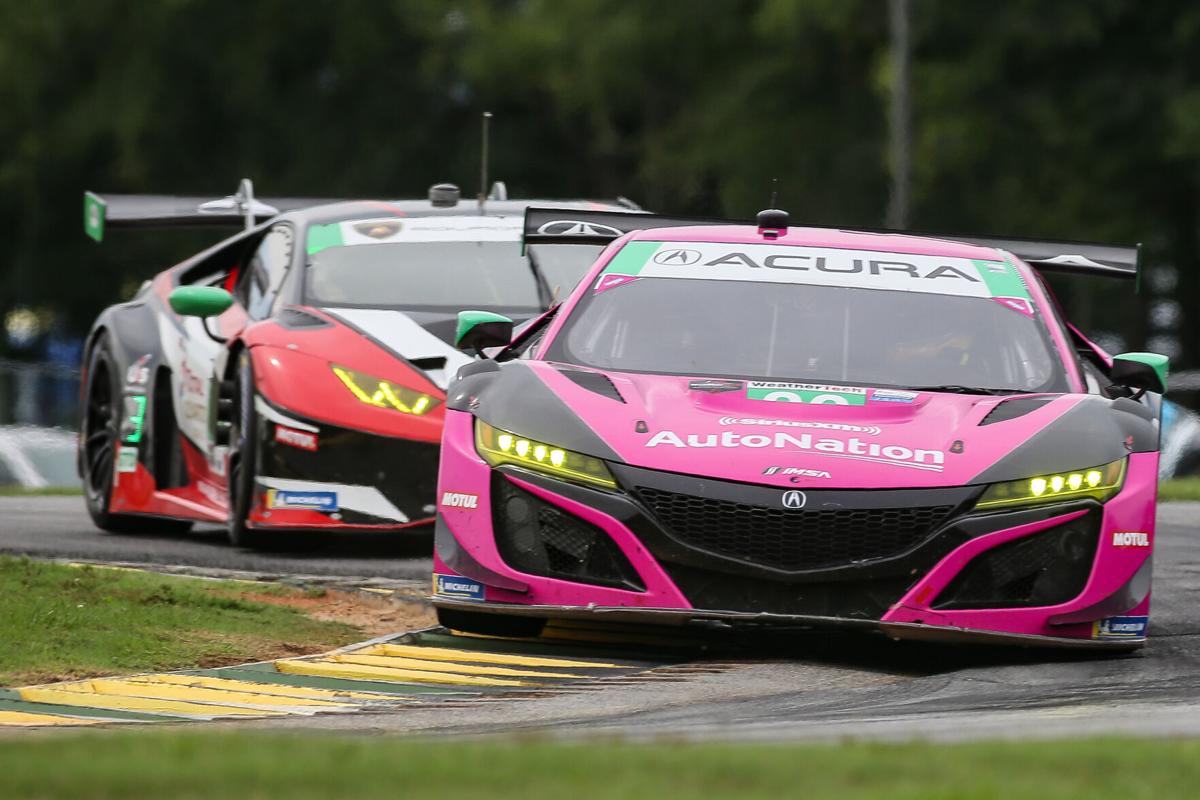 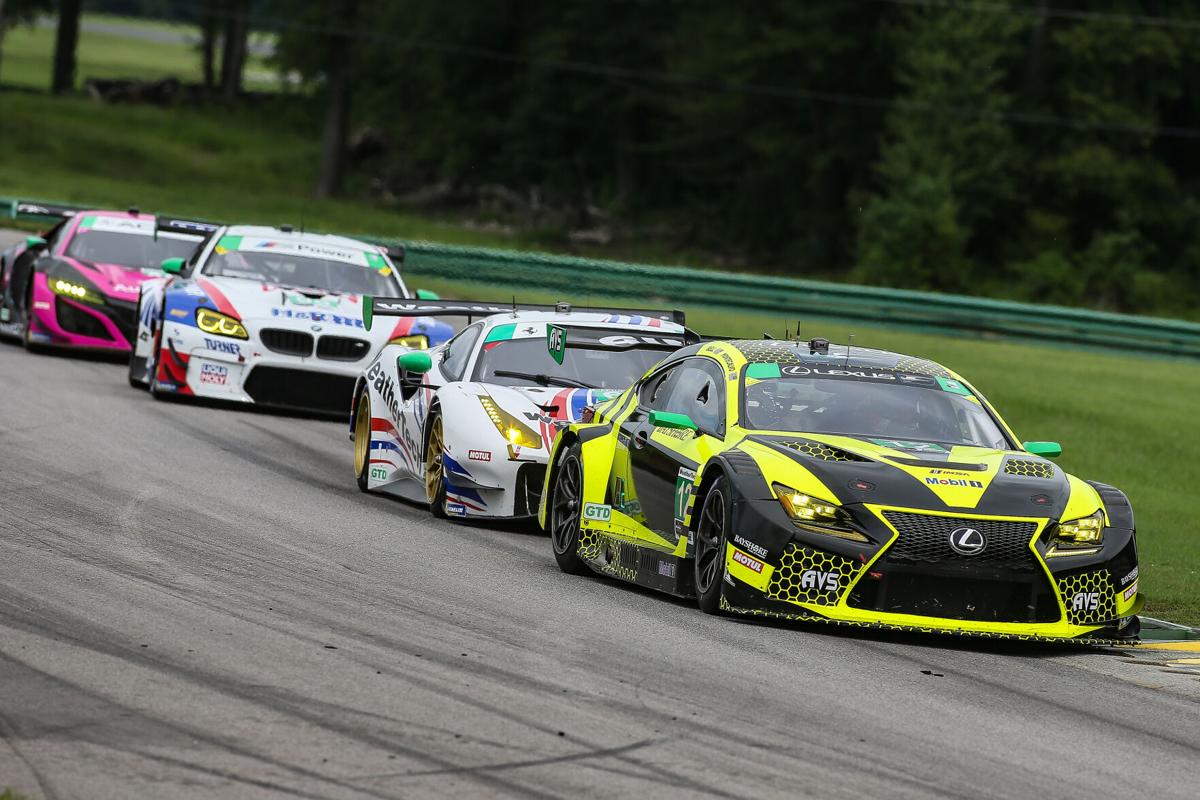 Aaron Telitz in the No. 14 Lexus leads a pack of cars into the esses during Saturday’s Michelin GT Challenge IMSA WeatherTech SportsCar Championship race at VIRginia International Raceway at Alton. 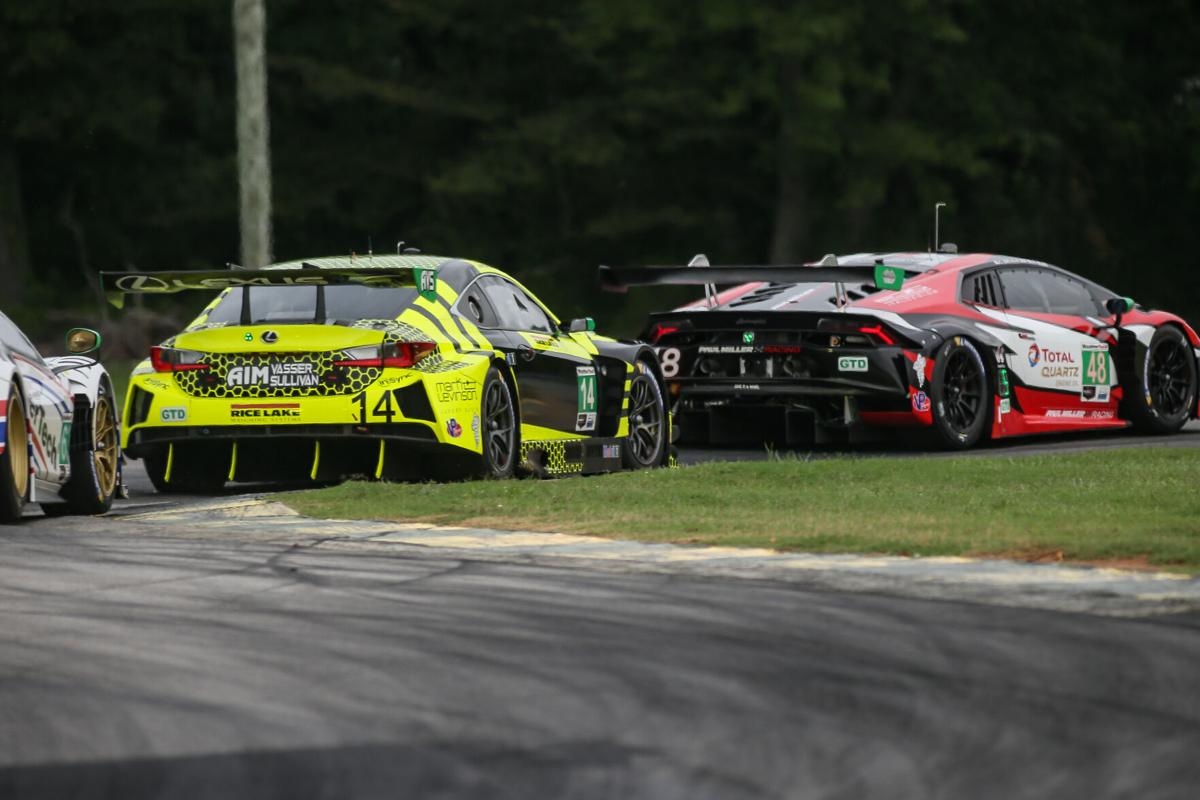 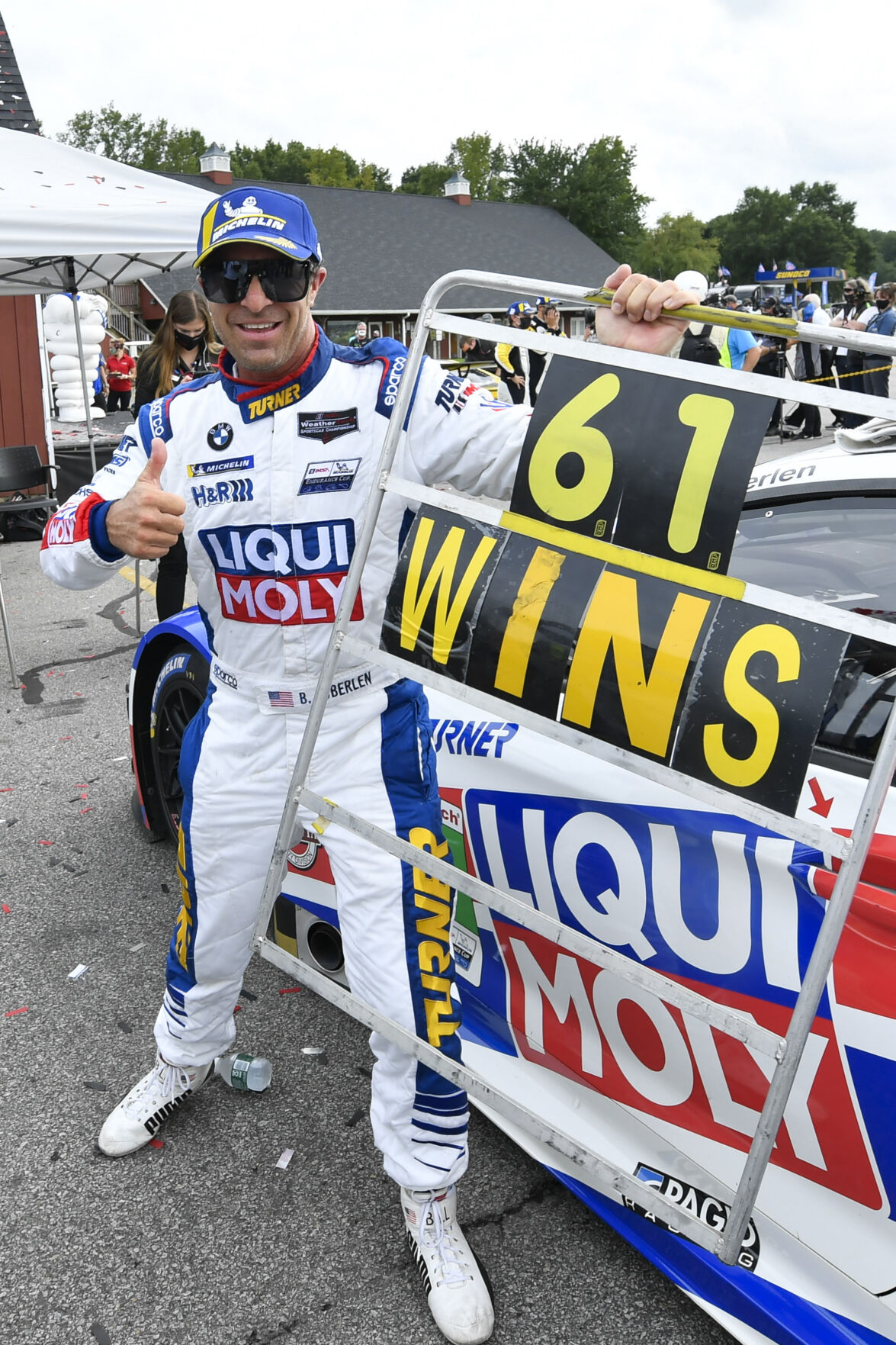 Bill Auberlen in the No. 96 BMW battles to fend off Bryan Sellers (48) and another competitor as they trio speed through the esses during Saturday’s Michelin GT Challenge IMSA WeatherTech SportsCar Championship race at VIRginia International Raceway at Alton.

Aaron Telitz in the No. 14 Lexus leads a pack of cars into the esses during Saturday’s Michelin GT Challenge IMSA WeatherTech SportsCar Championship race at VIRginia International Raceway at Alton.

“It is probably the best win of my career,” Auberlen said after taking the GTD win in the Michelin GT Challenge. “I said my best win I ever had of my career was Petit Le Mans last year, but I think this one has to top it,” he added.

Robby Foley started the race in the number 96 GT Daytona BMW M6 GT3 car and pushed the car to the front of the GT Daytona field where he and Auberlen kept it the majority of the day.

Mario Farnbacher in the No. 86 Acura NSX GT3 stepped in after Matt McMurry kept the car in contention and was battling Auberlen with 45 minutes to go in the race for the lead.

Farnbacher went into a corner in an attempt to take the lead, but had too much momentum and went into the grass attempting to make the pass. He dropped to fourth place after the incident and fell eight seconds behind Auberlen.

Fighting back, Farnbacher joined Bryan Sellers and Lawson Aschenbach in a tense battle for second, third and fourth position.

“He (Farnbacher) was getting closer and closer. He had a really fast car,” Auberlen said after the race about the move that Farnbacher made late in the race to try and take the lead.

“Luckily he really shoved it in there and overshot. That’s why I didn’t turn in as he was sailing by. That gave me a gap to second place. Luckily second, third and fourth all had to battle together and that gave me a little bit of a cushion and then I could just put my head down and run my laps as hard as I could all the way to the end, and it went really well,” Auberlen added.

After the challenge by Farnbacher with 45 minutes remaining in the race, Auberlen wasn’t challenged again the rest of the way.

Farnbacher passed Sellers with under 10 minutes remaining to finish second, Sellers settled for third, and Aschenbach was fourth in the tightly contested battle for the runner-up spot.

Foley, who started the race for the No. 96 team, was able to get the team out front, said he is grateful for the opportunity to be a part of Auberlen’s record setting win.

“It’s just amazing to have the opportunity to race with Bill (Auberlen) and Will Turner and all the guys at Turner. Without them I wouldn’t be here. This is my second year at this level and with this team. It’s an amazing opportunity to be a very small part of Bill Auberlen’s historic career,” Foley said.

As Auberlen searched for words in his post-race press conference, he expressed his gratitude to BMW for their support throughout the years as well as his parents.

“You also have to thank BMW, they’ve given me a home. They’ve given me a place to win races in any car they’ve ever given me. You name it, I’ve driven it. And we’ve won in everything. So to be a part of a company that is so incredible has been an honor for me,” he said.

“You have to thank my dad, he is the one that brought me on. My mom, God rest her soul. I wish she was here to be a part of it,” he added.

Auberlen feels like now that the pressure of getting the record setting win is off of him, he and Foley are ready to go after the GTD class championship.

“This is the most nerve-wracking hour of my life. When I got to about 35 minutes, every little calculated mistake, or whatever I was making I was just freaking out, talking to myself, don’t blow this,” he said.

“Normally I just drive blind and let ‘er rip, but this time I was just all in my head, trying not to screw up. Now we get this monkey off my back, and we can put our head down and focus on this season and try to win this championship,” Auberlen added.